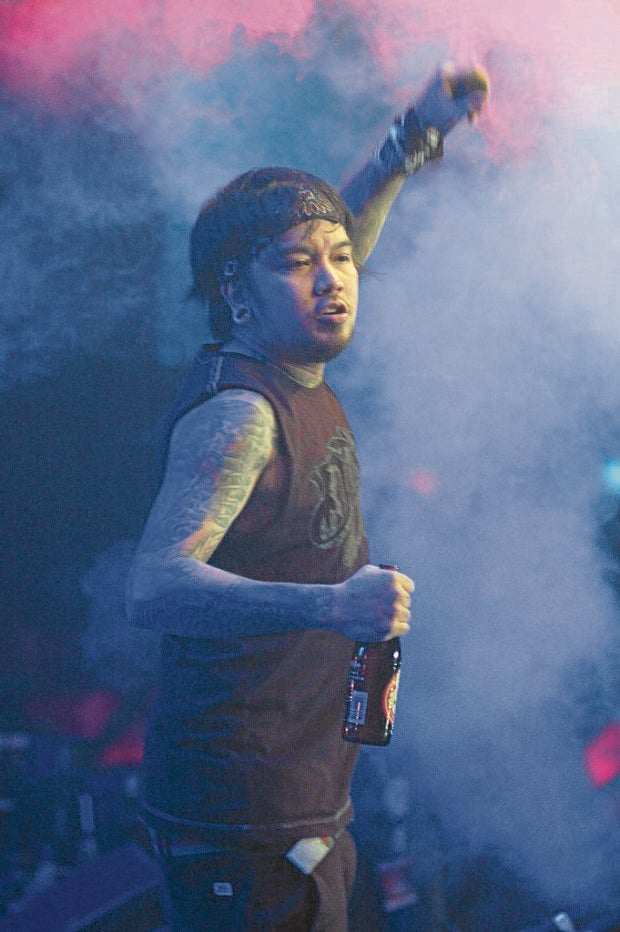 It was the news many people wished was fake.

“I still can’t believe it,” singer-songwriter Kean Cipriano said of Slapshock frontman Jamir Garcia, whose lifeless body was found inside his home in Quezon City last Nov. 26. “This is shocking news.”

In the passing of the 42-year-old nu metal icon, the industry lost not only a great musician but a humble and supportive human being.

“I have the utmost respect for this person. He wasn’t just a skillful musician. He accorded me respect, which I didn’t readily get from other artists, especially when I was starting out,” the Callalily lead vocalist recalled in a Facebook post written in Filipino.

“During the time when I felt like we weren’t being taken seriously by artists who came before us, Jamir was one of the few who made me feel I was part of this industry.”

Kean also remembered with fondness their past conversations and the valuable, “no bullshit” advice Jamir would give him.

“I remember, one time while we were eating together at an airport, he told me, ‘Don’t be afraid to turn down offers that aren’t worth your value, because bigger and better things would surely come later. Don’t ever compromise your value,’” Kean related. “I knew that it wasn’t just a business advice, but a life advice. And it’s something I carry with me until now.”

Jamir was reportedly found lifeless in his home in Quezon City. He was then rushed to the hospital, where he was pronounced dead.

“We’re saddened by the untimely death of our beloved Jamir Garcia. As the family mourns, may we humbly ask everyone to respect his memory,” Jamir’s brother Sonboy Garcia said in a statement.The singer’s partner, Sojina Jaya Crisostomo, posted a photo of them together on Instagram, and wrote: “Mahal na mahal kita. Hanggang sa muli, asawa ko. Ipaglalaban kita habang nabubuhay ako.”The Inquirer sought Slapshock’s management for a statement, but didn’t receive a response as of this writing. Known for his stage presence and showmanship, Jamir joined the band—also composed of Lean Ansing, Jerry Basco, Lee Nadela and Chi Evora—as lead vocalist in 1998. And together, they became one of the leading bands in the local rock music landscape, with their brand of sound that meshed hip-hop and metal.

Over the course of its 23-year career, Slapshock released seven studio albums and brought the classics “Agent Orange,” “Cariño Brutal” and “Sigaw.” Slapshock was also the first Filipino band to perform at the Dubai Desert Rock Fest in 2008.

However, last October, the band confirmed that it was formally disbanding on August 2021, citing disputes regarding royalties. “For creating a new lane, paving the way for bands like mine to have an opportunity to be heard… For inspiring not only your fans, but musicians as well, daghang salamat sa tanan, senyor,” Urbandub’s Gabby Alipe said in an Instagram post.

Chito Miranda of Parokya ni Edgar related that, back in the day, he tried to put up a tough front whenever he saw Jamir out of “intimidation.”

“Hindi ko trip ‘yung banda mo and I always made sure to be snob and cocky to you—or I would at least try, because I’m not really like that,” he said in a Facebook post. “I acted that way only because I was intimidated by you, your band, your crowd.”But Jamir responded with nothing but kindness, Chito said. “Pero kahit anong gawin kong angas sa ‘yo, you would still always be consistently kind and soft-spoken. So I had no choice but to be kind to you, too, because my smug act wasn’t working.

“And I had no choice but be impressed by his band, because they’re professional and hardworking,” he added. “I’m sad you’re gone too soon, but I’m happy I met you.”

Reg Rubio, frontman of the nu metal band Greyhoundz—one of Slapshock’s contemporaries—said that, while he and Jamir had a rivalry, it never went beyond the stage.

“We competed against each other with our hearts out, always at each other’ throats. But the friendship was real,” he stressed. “Kapatirang tunay. Pahinga, kapatid.” INQ