BTS marks year of the pandemic with 'BE' album, and single 'Life Goes On' | Inquirer Entertainment

BTS marks year of the pandemic with ‘BE’ album, and single ‘Life Goes On’ 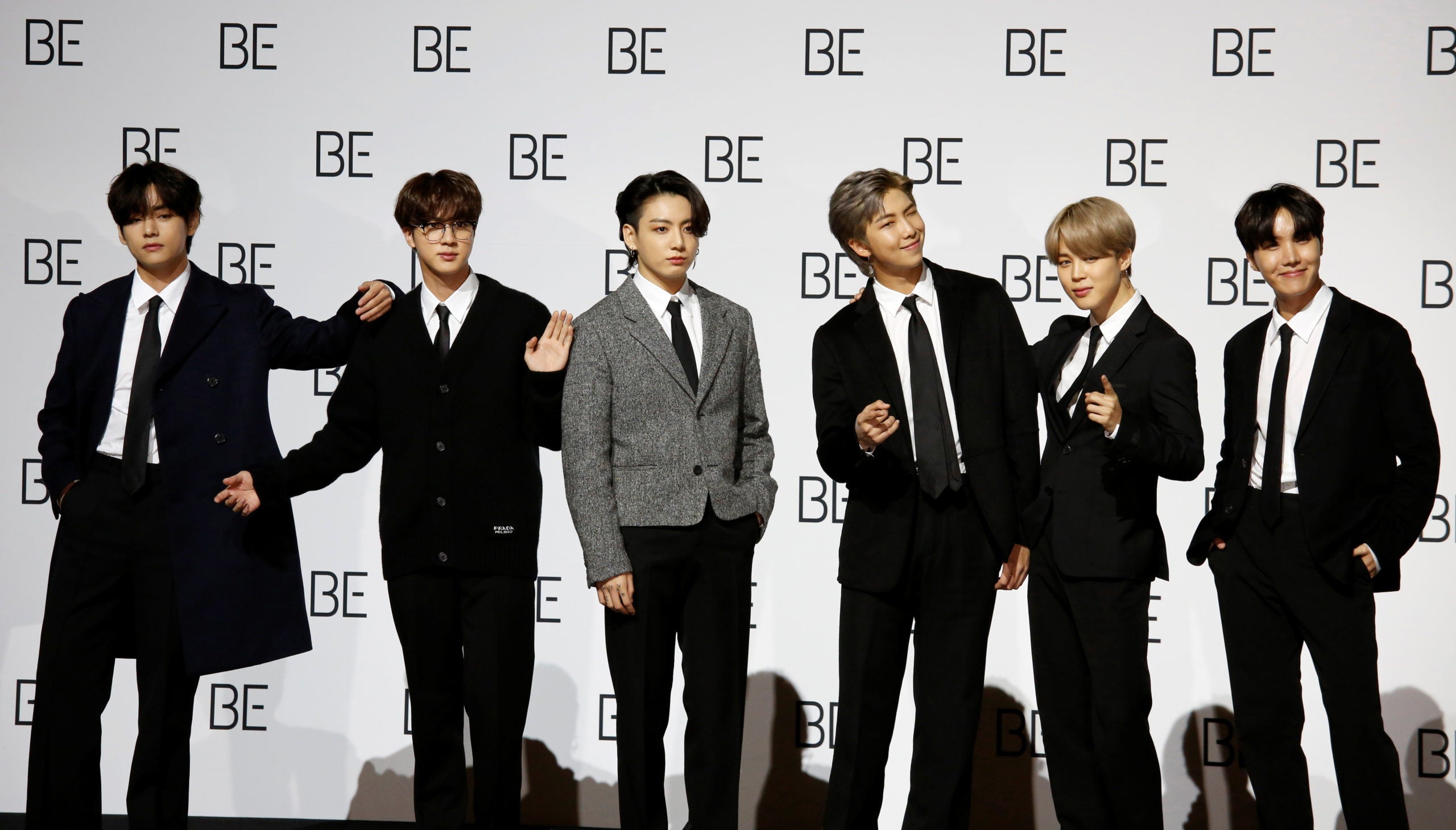 SEOUL — South Korean megaband BTS released their latest album “BE” on Friday and will perform the new single “Life Goes On” remotely for the 2020 American Music Awards on Sunday, the group’s music label said.

The seven-member boy band is at the forefront of South Korean pop music and has helped build a global fan base for K-pop since their debut in 2013.

This year, BTS notched their first ever Number One hit single on the Billboard charts in the United States with “Dynamite,” which is also among the eight tracks on the new album.

Group leader and rapper RM said the group’s next goal is to be nominated for a Grammy award. Nominations will be announced on Nov. 24.

“We are nervous, but looking forward to the nomination,” RM told a news conference.

Jin, one of the lead singers, said the album ‘BE’ reflected a year that has been both tragic and fortunate for the band, describing the success of ‘Dynamite” in the United States as “beyond our expectations.”

SUGA, another rapper in the band, was unable to attend the press conference as he recently had shoulder surgery.

Management company Big Hit Entertainment said it was uncertain whether the BTS performance of “Life Goes On” for the American Music Awards would be live or pre-recorded.

BTS will perform live in South Korea on Dec. 31, their first concert since canceling a world tour in April due to the pandemic.

The eldest at 27 years, Jin is required to sign up for mandatory military service by the end of next year, and he said all the band’s members intended to serve.

Big Hit Entertainment’s share price rose by up as much as 7.2% on Friday, before paring gains to stand 3.9% higher than Thursday’s close on the Seoul stock market.