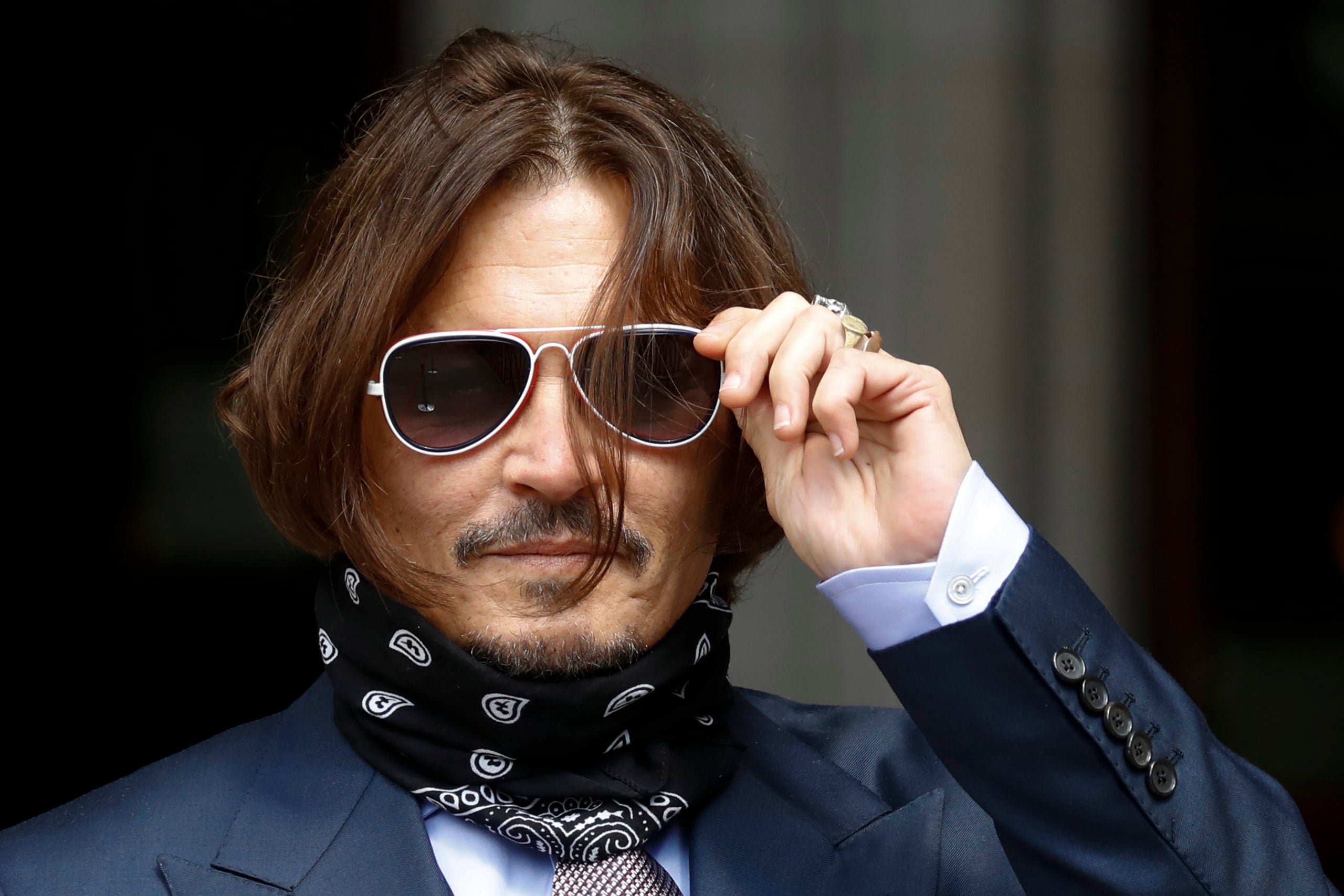 (FILES) In this file photo taken on July 17, 2020, US actor Johnny Depp arrives to attend on day nine of his libel trial against News Group Newspapers (NGN), at the High Court in London, on July 17, 2020. – Hollywood star Johnny Depp will learn on November 2, 2020, if he has won his libel lawsuit against British newspaper The Sun for branding him a “wife-beater” in a case that laid bare his chaotic lifestyle. Judge Andrew Nicol will deliver his long-awaited verdict at 1000 GMT, after three weeks of rancorous testimony at the High Court in London that included claims of drug abuse and domestic violence. The “Pirates of the Caribbean” actor sued the tabloid’s publisher News Group Newspapers (NGN) and the author of the article over claims he was violent to ex-wife Amber Heard during their volatile two-year marriage. (Photo by Tolga AKMEN / AFP)

LONDON — Hollywood star Johnny Depp on Monday lost a libel lawsuit against British newspaper The Sun for branding him a “wife-beater” in a case that laid bare his chaotic battle with drink and drugs and shattered his global reputation.

Judge Andrew Nicol dismissed the 57-year-old “Pirates of the Caribbean” star’s claim at the High Court in London, saying the article had been proven to be “substantially true.”

The Sun welcomed the ruling, as did campaigners against violence towards women, saying it had “stood up and campaigned for the victims of domestic violence for over 20 years.”

“Domestic abuse victims must never be silenced and we thank the judge for his careful consideration and thank Amber Heard for her courage in giving evidence to the court,” it added.

But Depp’s lawyers called the judgment “as perverse as it is bewildering,” arguing the court had disregarded a “mountain of counter-evidence” that “completely undermined” the claims.

“The judgment is so flawed that it would be ridiculous for Mr. Depp not to appeal this decision,” said Jenny Afia, partner at law firm Schillings.

Depp sued the tabloid’s publishers News Group Newspapers Ltd (NGN) and the author of the article over claims he was violent to actress and model Heard, 34, during their volatile two-year marriage.

The case was dubbed “the biggest English libel trial of the 21st century” and the legal odds had appeared to be stacked in Depp’s favor.

England’s ancient defamation law puts the burden of proof on the media and remains one of the strictest in the Western world.

But NGN relied on the defense of truth, arguing it had a valid basis for the 2018 story by detailing 14 alleged instances of Depp abusing Heard.

The judge said he found 12 of the alleged incidents did occur.

Legal experts said Depp felt he had no choice but to sue, as, in the current era, accusations of domestic violence would do more damage to his career than details of his substance abuse.

Lawyer Mark Stephens, who specializes in reputation management, said the ruling was “immensely damaging” for Depp, not just because the judge ruled he was a wife-beater.

Despite not having any convictions for drugs, he could now find it hard to secure work in some countries with tough visa entry requirements, he added.

He could yet salvage his career by seeking help but film companies could come under pressure if they keep working with him, he said.

Public relations specialist Mark Borkowski said Depp’s trademark edginess had taken an “ugly and abusive” turn, calling the case “one of the biggest showbiz fails for a long time.” 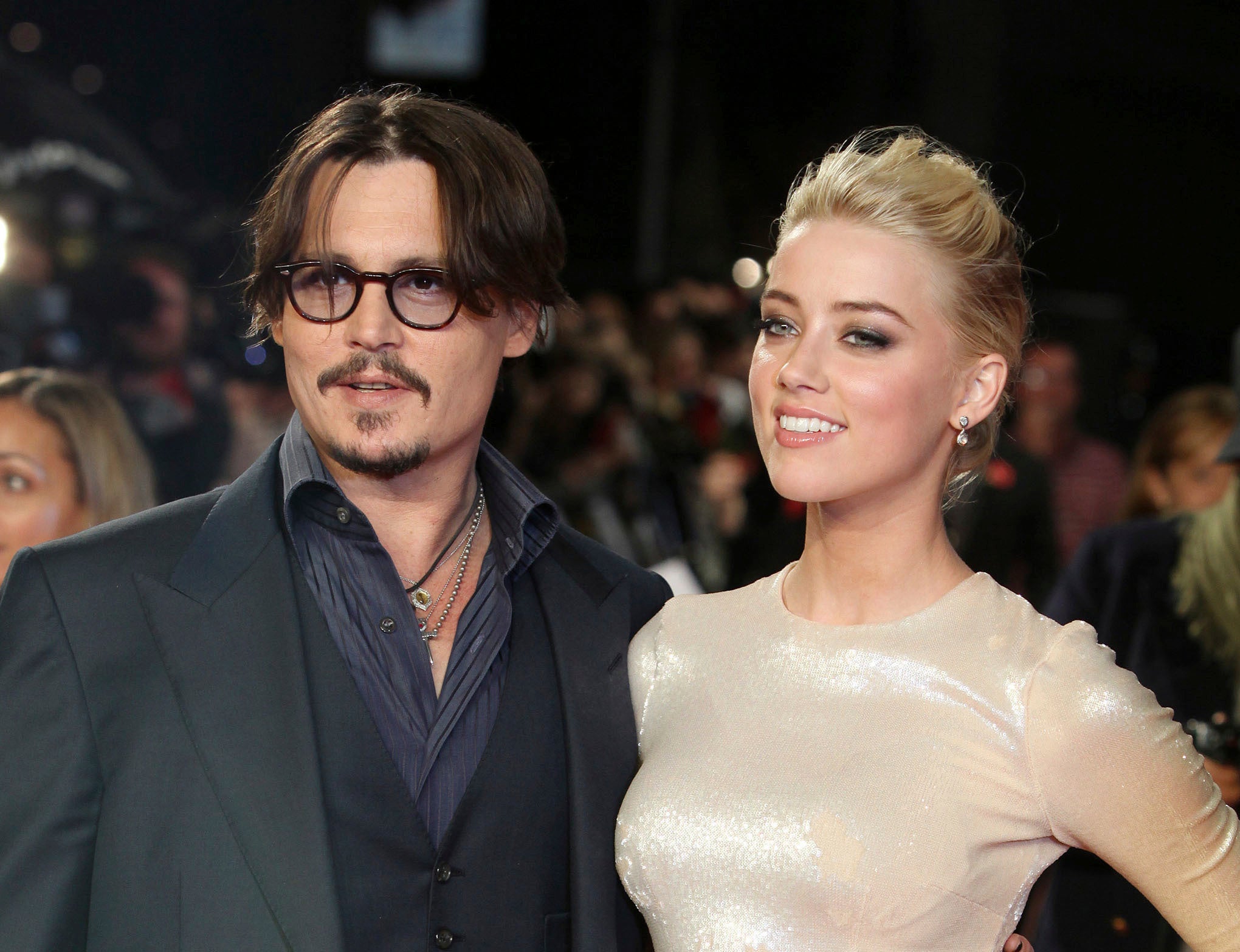 The 16 days of proceedings in July, which both parties attended, exposed the couple’s troubled relationship in excruciatingly minute detail.

Depp vehemently rejected accusations he hurt Heard while battling a drug addiction over a three-year span that ended with her 2016 decision to get a restraining order and file for divorce.

He and his legal team branded Heard a manipulative fantasist who made up the allegations for money and personal fame to destroy his life.

His former partners, the actress Winona Ryder and Vanessa Paradis, the French singer, both said he was “kind” and “non-violent.”

But the judge rejected the characterizations of Heard as a “gold-digger” who “constructed a hoax” as an “insurance policy.”

Under days of withering cross-examination, the star admitted to only hazily remembering some events because he was high on drugs.

Heard, for her part, said she loved the sober Depp but he became a “monster” after days-long binges on powerful prescription and other drugs.

Depp is also suing Heard in a separate case in the United States for an article she wrote in the Washington Post, which he said implied he was violent towards her.