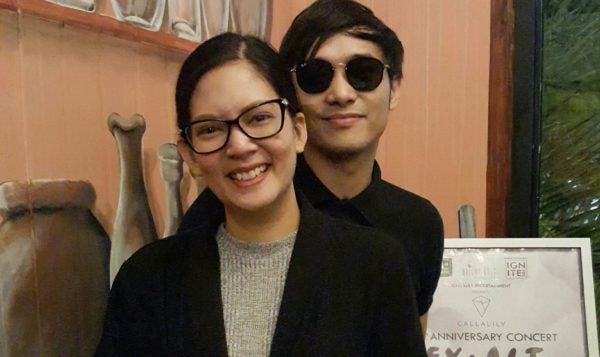 Chynna Ortaleza penned a heartwarming open letter to husband Kean Cipriano as their fifth anniversary as a couple nears.

The doting wife expressed her gratitude for Cipriano for being “the best partner” and for actively taking care of their child even when he is exhausted from work.

(Salute to all the daddies out there with their mouths open! Many of us think that only mommies can get tired or exhausted. But in our partnership, Kean keeps up with me. Solid!)

Ortaleza’s post came with a photo of their baby and Cipriano sleeping with his mouth open while sitting in the background.

(We thought we were already tired at the time. But now that we have a Salem, aside from respective careers and OC Records, you will often see Kean walking, but you can never be sure if he is awake or asleep or just looking for brains. We really are zombies forever now!)

Ortaleza then went on to note that Cipriano is “the best partner,” sharing that he can make her laugh even when he is exhausted and despite her grumpiness.

“Mahal kita!!! @kean Lapit na tayo mag Anniversary (I love you!!! Kean, our anniversary is near)!” she said.

The couple tied the knot twice: the first was a civil wedding in 2015, while the second was a church wedding in 2017. They have two children, namely Stellar and Salem.  /ra