Catriona Gray on Rabiya Mateo's win: She has ‘amazing opportunity’ to rise above criticism | Inquirer Entertainment

Catriona Gray on Rabiya Mateo’s win: She has ‘amazing opportunity’ to rise above criticism 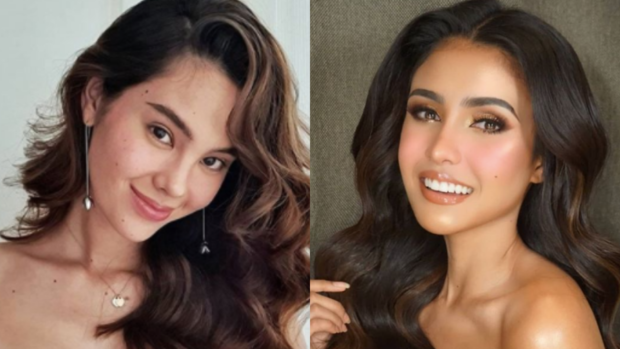 Catriona Gray expressed her support for Miss Universe Philippines 2020 Rabiya Mateo, saying that the latter can rise above the criticism surrounding her win.

The Miss Universe 2018 titleholder also noted that having people talk about you — be it negative or positive — comes with the territory of being a Philippine queen. Despite this, Gray cheered Mateo on and shared some advice to her during the former’s interview on ANC’s “Headstart” yesterday, Oct. 28.

“She has an amazing opportunity considering what her batch has gone through to be able to perform at the level that they have and what the country is still going through during this pandemic,” Gray said.

Gray added that Mateo now has an “amazing opportunity to really rise above the hate and rise above the criticism” and show others how a beauty queen can help her community.

Following Mateo’s coronation as Miss Universe Philippines 2020, controversy soon popped up after Sandra Lemonon, the candidate of Taguig City, posted cryptic messages on her Instagram page. Lemonon hinted that a fellow candidate cheated during the pageant.

Mateo addressed accusations that she brought her own glam team to the pageant and denied that she had prior knowledge of the question she would get in the final round, as per an interview with TV5’s MJ Marfori. Mateo stressed that she won the crown “fair and square.” Ryan Arcadio/JB

LOOK: Catriona Gray gives blood to PRC, encourages public to do the same