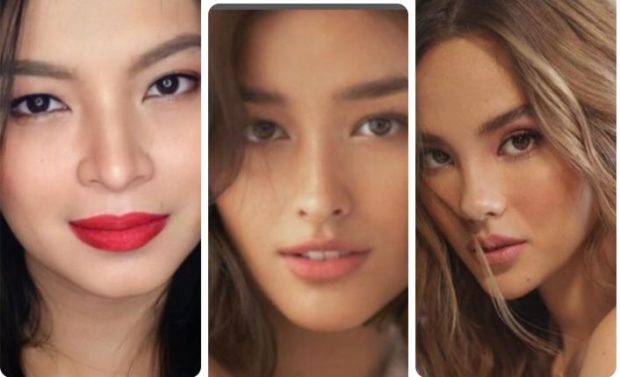 MANILA, Philippines — Interior Secretary Eduardo Año does not believe that actresses Angel Locsin and Liza Soberano, and Miss Universe 2018 Catriona Gray are in any way part of the New People’s Army (NPA).

“I believe the purpose of Gen. [Antonio] Parlade is to warn those people who may be already, kumbaga sa factory, in the processing plan. It’s just unfortunate that there are prominent personalities na nadamay dito sa usaping ito,” Año said in an interview with ABS-CBN News Channel on Wednesday.

“But also, Angel Locsin, Catriona Gray, Liza Soberano, they must be respected and protected. I do not believe that they are in any way part of the New People’s Army of the Communist Party of the Philippines,” added Año, himself a former military man, prior to his appointment to the DILG upon retirement as chief of the Armed Forces of the Philippines (AFP).

Año’s remarks came after Lt. Gen. Antonio Parlade Jr., chief of the AFP Southern Luzon Command, came under fire for issuing what critics said were “veiled warning” on Soberano’s participation in an online seminar hosted by the left-leaning Gabriela Youth.

In that statement, Parlade urged critics of the young actress to stop red-tagging her as she is “not yet” part of the NPA, the armed wing of the CPP, and likewise mentioned the names of Locsin and Gray.  Some, however, have perceived his statement as not a mere defense for Soberano.

Parlade later denied he red-tagged Soberano and instead said his controversial statement was “taken out of context.”

As he defended the three celebrities, Año said that the military knows who among the members of so-called front organizations of the CPP are part of the communist movement, those who are not, and those in the path of becoming one.

But as for Parlade’s tirades, Año’s advice is for him to “go to factual details.”

“Gen. Parlade is one of the best officers in the AFP. I would just caution him to go to factual details so that it would stand. Do not make generalization and we can present the evidence in the bar of opinion or in the court. Pero kailangan talaga diyan meron kang pinanghahawakan na ebidensya (But you really should have sufficient evidence),” said Año.

He also advised the military to support with proof its claims on individuals allegedly involved with the communist movement.

“I would also recommend or suggest to the military to back-up their claims, and I think they have evidence and they will come out in the open once there is a proper forum. But of course, it’s not fair to just mention any name or organization without any particular evidence,” he added.

Regarding recruitment into the NPA, Año explained that there is a “symbiotic relationship” between “red areas” or areas in provinces and outskirts of the country, and “white areas” or urban areas where the armed group supposedly recruits members to become leaders.

“Through different organizations in the urban centers, they are able to transform people to become members of the armed group, starting from discussion groups in universities, in the communities and they will be exposed to protests, mass rallies,” he said.

He said these individuals will then undergo certain “courses” and be brought to communities for “exposure.”

“Then the communists would be bringing these would-be recruits to red areas and observe the activities of the NPA in the red zones. Normally it is done during summer. A lot of these students or youths do not go back to urban centers anymore. They would choose to become members of NPA, or others would be zoned in as party members and they will become organizers in the school and community,” he added.

However, Año said he is not referring to the so-called front organizations itself but only to a few people in these groups “who have advanced their thinking and adopted struggle.”

“The NPA is the arms and the National Democratic Front is the shield, and most of these front organizations are affiliated to the NDF and it is Joma Sison who named these organizations that are espousing their armed revolution,” he said.