Tony Labrusca’s dream before show biz beckoned: To be a barber

Tony Labrusca, who grew up in Canada, said being an actor was never part of his plan when he returned to the Philippines some five years ago. He had studied to be and hoped to work as a barber.

“Back then, I didn’t know what I’d do with my life. I was 20 and was earning minimum wage. I was worried about my future because I was living from paycheck to paycheck,” Tony recalled. “I asked myself, ‘what would happen to me when I turn 50? Do I retire moneyless and merely depend on my children?’”

The actor, now 25, further said: “I wasn’t sure what would happen to me when I fly to the Philippines, but I still pushed through with it. In Canada, I had worked three normal jobs while I was studying to be a barber. I couldn’t afford to attend a normal school so I worked as an apprentice in a salon.”

When he went back to Manila, his plan was to keep cutting hair. “It’s because I thought that was the only thing I was capable of doing. I said, ‘For sure, those who can’t afford to have their hair cut at a salon would agree to have a haircut from me. My plan was to travel the country and cut hair.”

Tony said he only had $300 (roughly P14,500) in his pocket at that time. Unfortunately, he wasted it all by playing in amusement arcades. “That’s when I decided to try my luck at being an actor. I attended VTR (video tape recording) auditions. That’s when it started. It turned out to be the best decision I’ve made,” Tony recalled.

These days, Tony said he doesn’t feel too confident cutting hair anymore, “because it requires practice. It’s repetitive. If you stop doing it, your hands will forget; so I’m not as good as before,” he said, adding that putting up a barbershop is still included on his bucket list.

This was why experiencing the pandemic had caused frustration and anxiety for Tony. “All of us were affected by the pandemic, but it honestly felt scary to not be able to work for many months [because of the lockdown imposed by the government since March],” he recalled. “As an artista, you realize that you have no control over that. That scared me. Each day, I felt more frustrated. I didn’t talk with anyone about this. I felt ashamed to tell my problems to other people.”

Tony added: “Later, I realized that I just needed to trust in Him. ’Di naman siguro ako papabayaan ni Lord. He knows my heart’s desires, my fears. I just kept praying. I found shelter in Him. I told Him what I had wanted to do. That was a major lesson I learned during the pandemic. Although I didn’t like it that I had to experience a pandemic before I called on to the Lord. We should put Him first, even during good times.”

Tony said he had prayed for discernment, too, especially when it was certain that his home network, ABS-CBN, was shutting down. “I was so confused. A lot of the people I know are transferring (networks). To be honest, I also got offers from other networks and agencies. I prayed for Him to help me decide. I really didn’t know what to do. I just said that what’s meant to happen would happen. Eventually, things worked out. I stayed with ABS-CBN.”

Since the start of the quarantine, Tony has already done three projects for the Kapamilya network, the indie movie “Love Lockdown,” the BL (Boys Love) series “Hello Stranger,” and the Derrick Cabrido horror-thriller “U-Turn,” which will be released on Oct. 30. 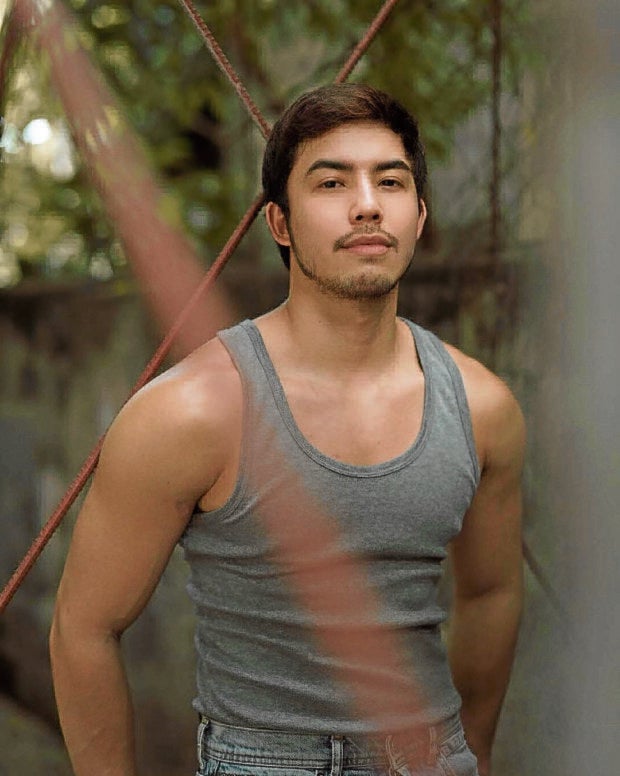 Tony is currently in a lock-in set, working on the latest Kapamilya teleserye “Bagong Umaga,” which aired its pilot episode on Oct. 26 on the Kapamilya Online Live channel.

“U-Turn,” which also features Kim Chiu and JM de Guzman, is an adaptation of an Indian blockbuster of the same title. It tells of a budding journalist (Kim) whose life then takes a turn when her twin brother allegedly commits suicide. She investigates the incident with the help of her boyfriend (Tony) and a police officer (JM), as they uncover more deaths.

“This is something different. I’ve never heard of a horror story that was based on a U-turn slot,” said Tony. “Sometimes, when you watch (a poorly made) horror film you tend to laugh instead of feel scared. Parang joke time lang, but this concept will make you think. That’s what I thought while I was reading the script for the first time.”

“U-Turn” will be launched on four platforms. Tickets (P150) are on sale via KTX.ph, iWantTFC, Cignal pay-per-view or Sky Cable pay-per-view. INQ