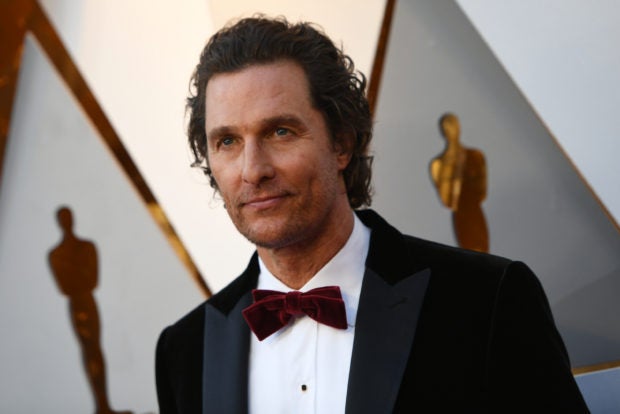 Matthew McConaughey revealed that he was sexually abused and blackmailed into having sex when he was just a teenager.

The actor opened up about the traumatic experiences in his new memoir called “Greenlights,” as per PageSix last Wednesday, Oct 21.

“I was blackmailed into having sex for the first time when I was 15,” he recalled.

“I was certain I was going to hell for the premarital sex,” McConaughey added. “Today, I am merely certain that I hope that’s not the case.”

Years after being forced to lose his virginity, McConaughey explained that he was molested by a man when he was 18 years old. According to the report, the actor was “knocked unconscious in the back of a van” when the man sexually abused him.

While he did not give any more details on both instances, he said he has “never felt like a victim.” Instead, he believes that he has “a lot of proof that the world is conspiring to make [him] happy.”

Along with speaking up about the abuse, McConaughey also tells the story of his father’s death.

“He’d always told me and my brothers, ‘Boys, when I go, I’m gonna be makin’ love to your mother.’ And that’s what happened. He had a heart attack when he climaxed,” he said. McConaughey was 23 years old when his father passed away at the age of 63.

Throughout his memoir, McConaughey also touches on his parents’ tumultuous marriage, his own marriage to wife Camilla Alves and how he dreamed of becoming a father. McConaughey released “Greenlights” last Tuesday, Oct. 20. Ryan Arcadio  /ra

Read Next
Catriona Gray’s camp: Beauty queen won’t stop fighting for women’s rights
EDITORS' PICK
What to watch out for when selecting a video surveillance solution
House energy committee chair Arroyo bats for cheap electricity
DOH says COVID-19 cases plateauing, but public shouldn’t be ‘complacent’
23,000 cops to be deployed nationwide for school reopening
Look Through: The fate of impounded stray dogs
Unleash the photographer in you this World Photography Day with vivo smartphones
MOST READ
Sharon Cuneta asks for prayers for friend in ICU who suffered silent stroke
Light therapy could be the answer to your sleep problems
Korina Sanchez reunites with former ABS-CBN co-anchors Julius Babao, Cheryl Cosim
PBA: San Miguel ousts Meralco to arrange finals duel vs TNT
Don't miss out on the latest news and information.