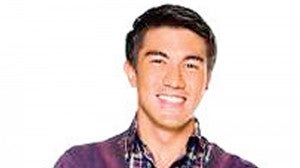 We recently wrote about Luis Manzano’s new game show “Deal or No Deal,” and suggested that eventually, he could perhaps invite his parents, Vilma Santos and Edu Manzano, to compete (separately) for the show’s top prize of P2 million. Last April 21, Luis fast-tracked that wishful thought by guesting his mother on “Deal” on his birthday telecast!

It was a very big “Deal,” because Vilma’s star value enhanced the game show’s appeal to viewers in a major way. Even better, the playful but obviously intimate relationship that mother and son shared made the telecast truly special. To make things even more dramatic, Luis read a letter from Edu, and was subsequently overcome by emotion.

Vilma’s participation in the show as a contestant, however, turned out to be rather dodgy, because she started off making lucky guesses, but chose the P2 million attache case in the tilt’s very first round!

Ouch, that hurt! But being the experienced show-biz trooper that she is, Vilma maintained her composure and optimism, and slowly started to make money for her charity of choice.

By the end of the show, Vilma had racked up P76,000 in winnings—not a huge amount, but  substantial enough to make the beneficiaries happy.

Some people in the audience kept urging Vilma to keep on competing, even after it was clear that she could no longer make really big money on the show—and in fact, might have ended up clutching an empty bag if she had made a mistake in judgment by listening to them.

Luis did well as game master, managing to be an obliging son to his famous mother, without losing objectivity and his control over the show. Now, if he would only do better as cohost of Sarah Geronimo’s weekly TV show, he’d be in clover!

Cable News Asia’s “Culture Shock” program focused specifically on the Philippines, and was both interesting and interactive because it showed how some foreigners saw Filipinos—especially our oddities and peculiarities.

The telecast made too big a deal about Filipinos’ love for balut, which the program’s host couldn’t bring himself to swallow. But it did better with some of its other features, such as Filipinos’ religiosity, love for food (Pinoys eat or snack eight times a day!), and penchant for ad hominem comedy.

Although ultimately the show turned out to be rather superficial with its kneejerk “insights” into the collective psyche of Filipinos, it nevertheless finished up as a fun romp.