Finn Wittrock on playing sinister characters: You don’t have to be likable to be understandable | Inquirer Entertainment
Close
menu
search

Finn Wittrock on playing sinister characters: You don’t have to be likable to be understandable 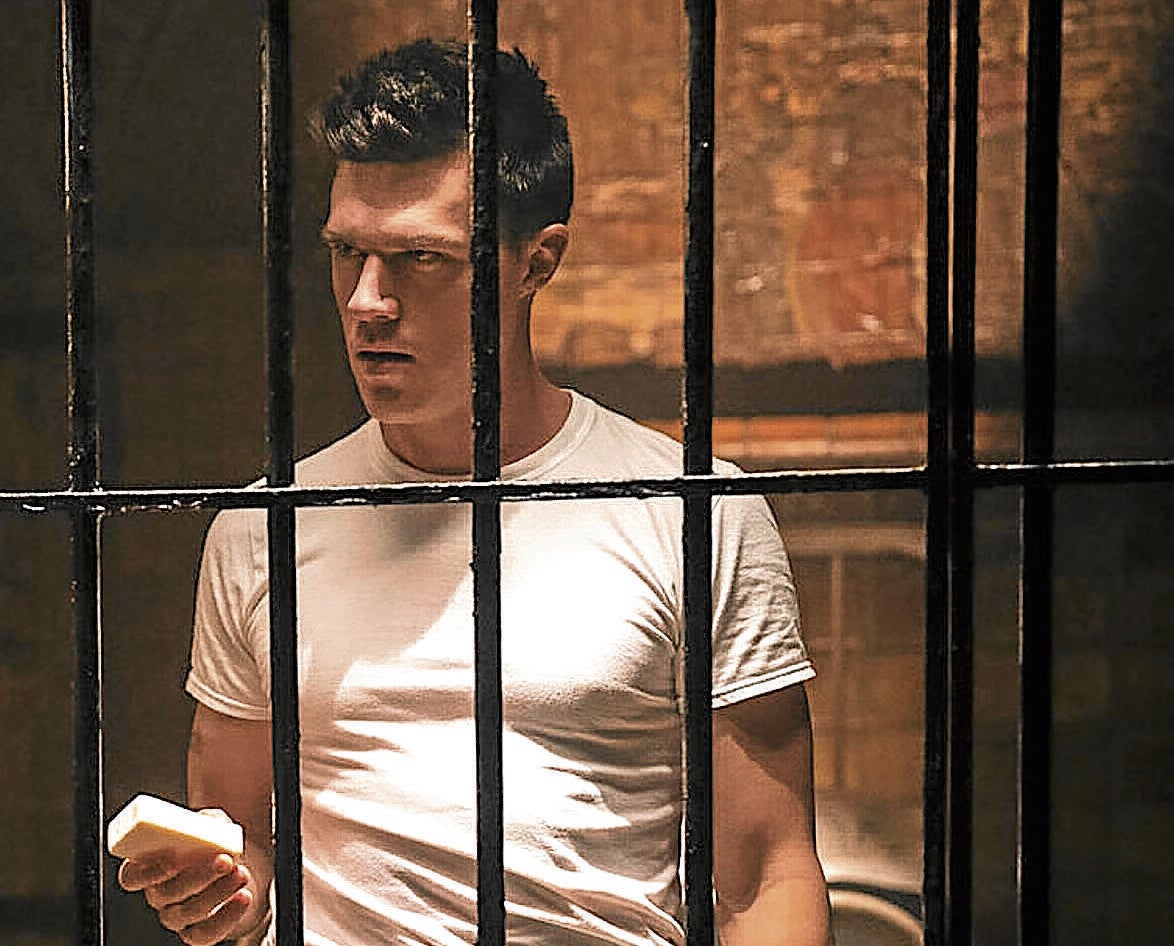 One of the potent elements that makes Finn Wittrock irresistible as a screen villain is his handsome mug, which he convincingly utilizes in his role as a vengeful orphan on a murderous rampage in the eight-part Netflix series, “Ratched.”

During our quick chat with the 35-year-old Juilliard-trained and Emmy-nominated actor (“American Horror Story: Freak Show,” “The Assassination of Gianni Versace”), we told Finn how his “deadly” good looks keep viewers engaged, enraged and entertained.

But Finn is no stranger to playing psychos and broken men—as his indelible portrayals of Dandy Mott (“Freak Show”), Jether Polk (“Roanoke”) and Tristan Duffy (“Hotel”) would demonstrate.

“What I love about working with [writer-producer] Ryan Murphy is that he always finds a way to provide you with a new challenge,” the actor said, referring to the role of Edmund. “I have played a fair share of psychotics, but not this specific kind of psychopath. It was still a unique stretch for me to play someone so unpredictable. It was dark territory to be in for a while.”

Doesn’t his sinister characters’ darkness rub off on him?

“It can rub off on you, yeah,” Finn admitted to us. “You know, I’m a pacifist in real life. At the end of the day, after inflicting that much violence, it does wear on me sometimes—it’s like a heavy load to carry.

“But, you know, I never thought of this character as a serial killer by career. He doesn’t enjoy killing, unlike some other characters and psychopaths I may have played in the past. 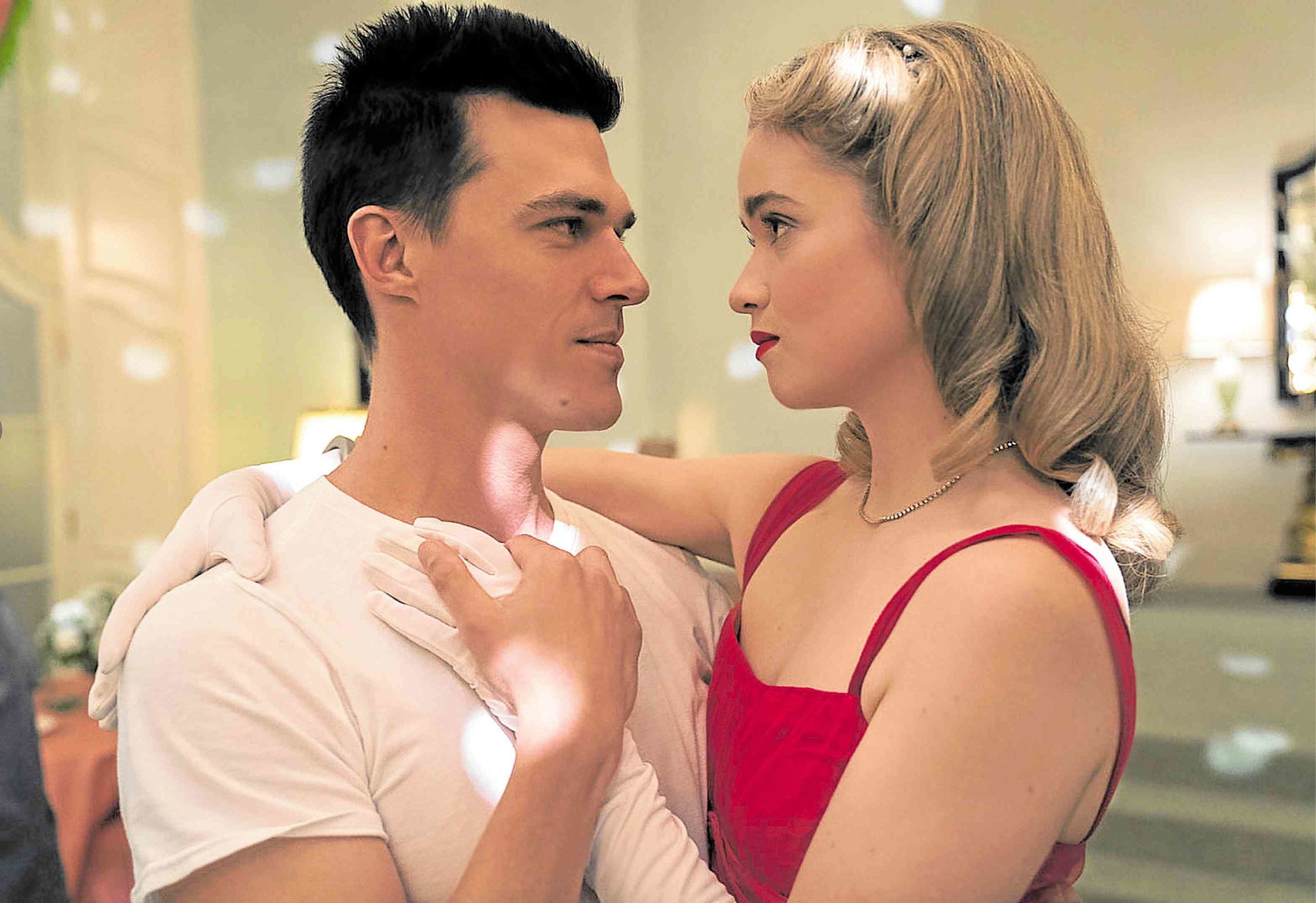 With Alice Englert —PHOTO BY NETFLIX

“He’s not Ted Bundy (the charismatic serial killer who confessed to 30 homicides committed between 1974 and 1978). Edmund is doing this out of a sense of revenge. He’s out to avenge the pain he’s been through all throughout his abusive and tumultuous childhood. So, he’s always living from that place of scar tissue.

“And as you watch the series, he has a real sense of justice and an affinity for people he deems innocent. You’ll see that he loves animals and he has a soft spot for certain people [like loony staff nurse Dolly, played by Alice Englert]. He is capable of love. He’s just so incredibly damaged that you might not notice it at first.”

Like many of Murphy’s series, the show is spoiler-sensitive, so we had to tell Finn, as specified in “Ratched’s” screener letter, to “discuss spoilers in the interview only for post-launch features”—like this piece. We asked Finn why the character of Dolly, Edmund’s love interest, seemed like she had more influence on Edmund than Mildred herself.

“He has a complicated and long-term relationship with Mildred,” the actor explained. “There’s a definite sense of love and a bond there, but there’s also a sense of betrayal—a sense of Mildred owing Edmund something. It’s like, family members fight more than others, even though they love each other the most.

“In Dolly’s case, while I do think there’s also real love there, we’re really just strangers to each other, so there’s a lot of fantasy involved in that relationship. Then, I learn soon enough that there are also loose crews in that pretty head of hers, for sure (laughs). I just didn’t notice it soon enough.”

Noting the variety in Finn’s body of work as a theater performer (“Romeo and Juliet,” “Death of a Salesman,” “Sweet Bird of Youth,” “Othello,” “The Glass Menagerie”) and TV/film star (“The Big Short,” “Unbroken,” “La La Land,” “If Beale Street Could Talk,” “Judy”), we asked the actor if he has to “like” the deeply flawed characters often assigned to him to portray them well.