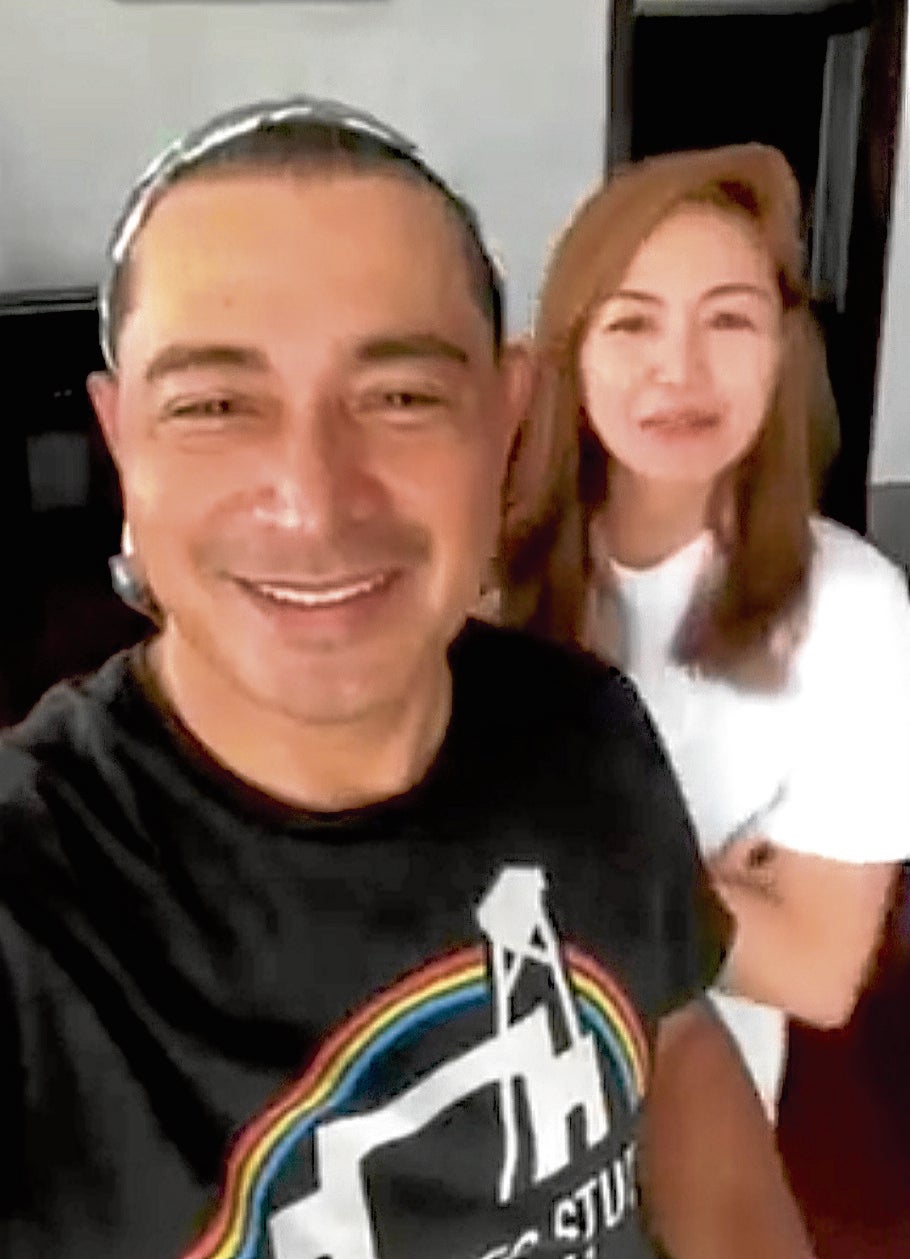 I took a birthday break that is why there was no Dollywood last Saturday. But the funny thing is, I unwittingly ended up being in the news, instead of writing it during my birthday week. That’s because the birthday video greeting of my BFF Buboy (Cesar Montano) went viral. It was part of the video compilation of greetings from my friends in the biz that my kids, Bianchi and IC Mendoza, made for me as their sweet surprise.

My Facebook post of Buboy’s vid was featured in various news sites and YouTube channels, so it became a trending topic. He reenacted his viral birthday video greeting to a “kagawad” in 2018, but this time with a twist.

In BFF’s previous vid, there was a silhouette of a naked woman behind him. In his greeting to me, the woman was fully clothed. Much to the surprise of netizens, the mystery woman (Mareng Kath) approached Buboy, and he said in jest, “Bakit nakadamit na ’to? Next time, BFF, ’yung talent ko mas daring.”

Buboy is such a prankster, and so are his siblings. It’s always laugh trip to the max when we talk about the pranks and mischief they did while growing up. Even if there were many spoofs of his controversial 2018 video greeting, BFF did not get peeved at all. So he had no qualms about doing a repeat (tweaked version) of it in his vid greeting to me. That’s how cool and self-deprecating he is. What a sense of humor he’s got. Thank you BFF Buboy for turning every day into a sitcom.

Today happens to be the birthday of my late Kumpareng Francis Magalona. Kiko would have turned 56. I asked his fabulous widow, Pia, about her fondest memory of the Master Rapper’s past birthdays.

“Every year was special because we would have a simple celebration with family for us on both Oct. 4 and 6 (my birthday),” she recalls. “Later, our two youngest kids would be born on Oct. 9 (Arkin) and Oct. 31 (Clara), plus my mom’s birthday is Oct. 12, so we would just pick one Sunday in October for all of us to celebrate.”

If only Francis M was still around, for sure he would create another Pinoy anthem to make us rap our COVID-19 blues away. From “Kaleidoscope World” to “Quarantined World.”

Quarantine time ought to be called “KuaOREAntine” because most of us have turned into K-drama addicts. At the rate I’m going, I might be fluent in Korean by the time this pandemic is over.

While binge-watching, I noticed that some Korean stars have a striking resemblance to Pinoy celebs:

Kim Soo-hyun (Diether Ocampo) in “My Love From the Star”

Lee Yeong-ae (Ali Sotto) in “Jewel in the Palace”

Gong Hyo-jin (Harlene Bautista) in “When the Camellia Blooms”