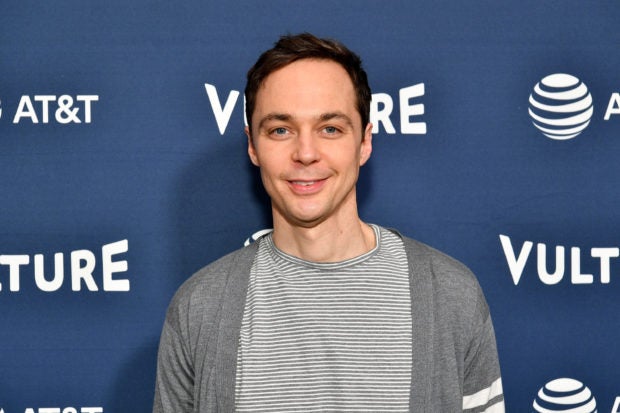 Jim Parsons at the Vulture Festival on May 20, 2018 in New York City (Image: AFP/Getty Images/Dia Dipasupil)

Parsons, who portrayed Sheldon Cooper in the show, spoke about his experience with the disease on the “The Tonight Show starring Jimmy Fallon.” The couple initially thought they had just developed colds, Parsons said in a clip on the program’s YouTube page on Sept. 28.

However, they eventually realized that they contracted COVID-19 after losing their sense of smell and taste, which are symptoms of the disease.

“It defied the descriptions for me, I didn’t realize how taste and smell could be gone,” the actor said.

“And when you’re in quarantine, and there is really nothing to do but eat – oh my God that was brutal,” Parsons pointed out.

He then joked that the loss of taste resulted in “wasted calories” since he could not enjoy what he was eating.

When he finally recovered, Parsons explored other “creative outlets” such as writing, painting and bleaching his hair to busy himself while in quarantine. Parsons also spoke about how he thinks his “Big Bang Theory” character would manage in the current pandemic.

“He was built for this,” Parsons said. “This is the moment he was waiting for.”

The actor then recalled a certain episode where Sheldon attached a video screen on a remote-control “wheelie thing,” which he called a “Shel-bot.”

“That was when people still needed to get together in groups, and so he would just send that out and sit in his room,” Parsons added. “‘Don’t touch me. Don’t sneeze on me.’ … So I guess he’d be fine.”

When asked about how he felt after the finale of “The Big Bang Theory” aired in May 2019, he likened it to losing a loved one.

“It reminds me when someone died or passes and it feels so monumental for a moment and you think it’s never going to end then nine months go by and you’re like ‘life carries on,’” Parsons said. Though the end of the TV series was “bittersweet” for him, he assured that he now feels fine.

After “The Big Bang Theory,” Parsons appeared in the limited series “Hollywood” and is now starring alongside Zachary Quinto and Matt Bomer in “The Boys in the Band,” a film based on the 1968 stage play of the same name.  /ra