Kim Chiu: ‘Bawal Lumabas’ doesn’t define me as an artist 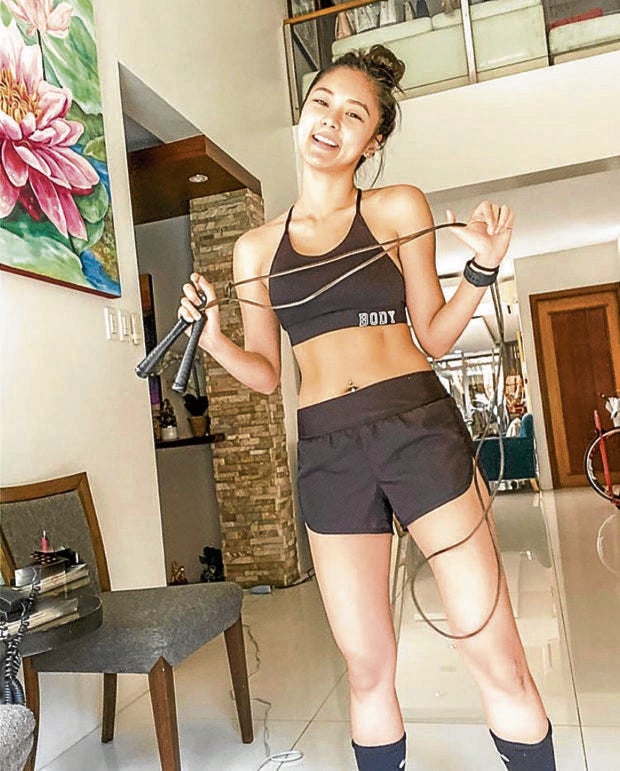 The actress exercises daily to stay fit and mentally sharp.

Who are they to judge me? The [‘Bawal Lumabas’] video was just two short minutes of my life. It doesn’t define me.”

Thus said actress Kim Chiu when Inquirer Entertainment asked her how she managed to recover from the incident that had caused her to feel depressed and experience anxiety attacks while on quarantine.

“Of course there was a time [during the enhanced community quarantine] when I felt mega down. That’s when I received mega bashing from people,” said Kim while being her usual chatty self. “I’ve managed to live this long and stay in show biz after all these years, I will definitely survive online bashing.”

Kim received intense criticism from netizens after she posted on her vlog and Instagram account a video of her trying to compare the implementation of the National Telecommunications Commission’s cease-and-desist order against ABS-CBN to classroom rules. This later became known as the “Bawal Lumabas” video.

“Since then, I promised I will not let myself get affected by what other people are saying about me. I will just be myself, continue doing what I want, and expressing how I feel. This is me. I never said I know the law well. I just want to share my feelings,” she pointed out.

Kim admitted that the experience felt “slightly hurtful,” but she has managed to “develop immunity for it (bashing). We have to learn to shrug off negative things, because if not, we will surely get affected emotionally,” the actress said during our Zoom chat that coincided with the launch of Berocca’s new orange-mango flavor. Kim has been one of the multivitamin brand’s endorsers since 2018.

“I refuse to feel stressed. I just want a happy environment. Depression usually sets in when you’re alone so it’s also good to surround yourself with people who truly care for you,” Kim declared, adding that she received enough emotional support from family and friends at the time.

In fact, when Kim recorded the “Bawal Lumabas” single, it surprisingly became a hit. She likewise released her “Bawal Lumabas” merchandise, which quickly sold out. From her earnings, she was able to give food packages to 1,500 families and donate P300,000 for mass testing.

“I got to chat with different people during those most difficult two weeks. They all wanted to help. There is still good in this world,” she observed. “You just have to learn from failure. Listen to people. Be open to change.”

Speaking of change, Kim said she is adapting well to working in the new normal. The 30-year-old actress has not stopped working even during the strictest quarantine period. Her most recent soap opera, “Love Thy Woman,” aired its finale recently. 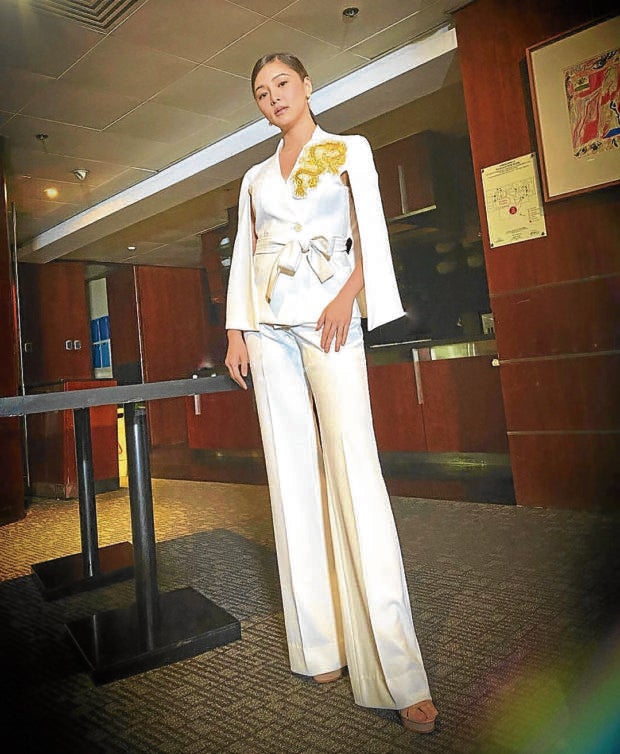 Kim considered working in the new normal as “mega challenging.” She explained: “When we taped for the series, my personal assistant and driver weren’t allowed to go with me. I was on my own. It’s a good thing I know how to drive, and that I was able to cook for myself.”

As an effect of the COVID-19 pandemic, the entire cast and crew of “Love Thy Woman” had to work in a lock-in set for almost two months. “While we were stuck there, I made sure that I exercised regularly to stay fit and mentally sharp. I didn’t get tired easily and it was easy for me to memorize my lines,” Kim declared.

She said she also made sure she was protected with the right gear. “These days, the mask and face shield are considered part of your outfit when you leave the house. Without them, you feel naked. We can’t be complacent because we’re battling an enemy we can’t see,” she advised. INQ

Belgica: Report says only 50% of fund really go to project itself due to DPWH corruption