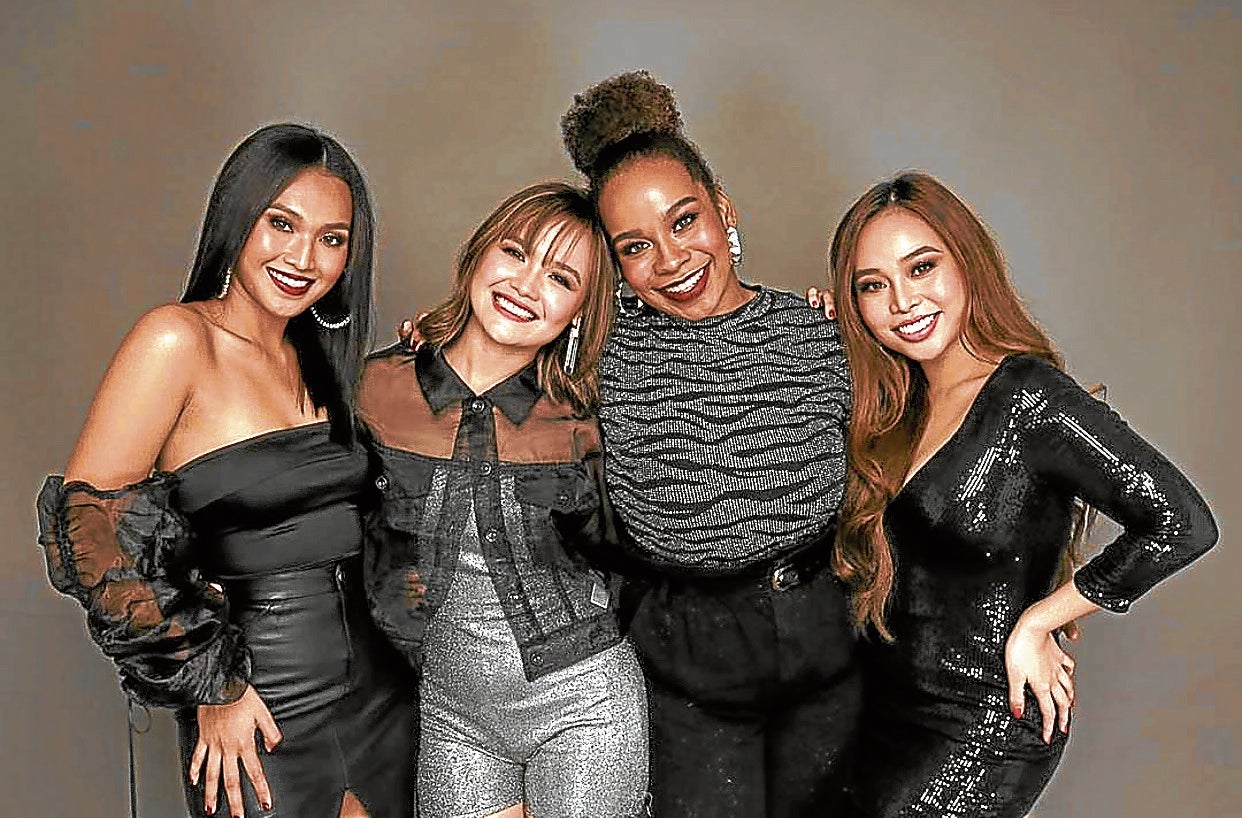 The four ended up getting another shot—this time, as a girl pop group called XOXO. It was unexpected; they had been singing solo for most of their lives. But this twist of fate, they agreed, was something they didn’t know they needed. “We all performed solo before. Perhaps the management thought that forming a group would be a more effective way for us to make an impact, show our talents, and hone our individual strengths,” Lyra told the Inquirer in a recent video conference for the quartet’s debut single, which is also titled “XOXO.” While they’re not turning their backs on the prospect of going solo, the girls stressed that joining the band isn’t a mere stepping stone. They’re determined to put in the work and build up XOXO.

“We can’t say what will happen in the future. If there will be an opportunity to go solo, why not? But as of now, this is our main focus. We will be investing our time and effort in it, so that we could grow,” Riel pointed out. “We want to cultivate this group and succeed together.”

“We’re still blessed to have an opportunity like this,” Dani added. “Whatever happens, being with XOXO will help us in the long run.”

Performing as XOXO has taught them things they wouldn’t have known otherwise. One of the most important of those, they said, is being a team player; being more perceptive of what each other does onstage. “There has to be give and take. We have to lift each other up because we’re a team,” Lyra said. “We have to make sure that once we go onstage, people see a unit and hear one voice.”

“If it weren’t for XOXO, we probably wouldn’t have learned what it’s like to work as a team. As a solo singer, you’re used to focusing on what you need to do. But in a group, you become more mindful of your collaboration with others, so you can come up with harmonious performances,” Riel said.

“Looking at our first performances and comparing them to how we perform now, I can say that we sound more cohesive,” Dani said. “We’re also more sensitive to each other’s needs, so we can help each other.”

Competition is out of the question. No one tries to outdo anyone because each has a role to play. Riel and Lyra have the deeper timbre and typically take care of the harmonies. The belting, on the other hand, is relegated to Dani and Mel, who favor such singing style.

“We enjoy the roles assigned to us. I’m an alto, so I’m given parts that go well with my voice. Riel and I can hit high notes, but it’s not our main strength, unlike Mel and Dani,” Lyra said. “Walang lamangan. Our musical director, Vincent de Jesus, gives us our respective turns to shine. One song may be Dani’s turn to shine and do the ad libs and high notes. In the next one, it would be Mel … and so on,” Riel said.

Their new song, “XOXO” (GMA Music), is an empowering dance ditty that promotes self-love and body positivity—a rallying cry for girls who feel that they need to conform to society’s beauty standards.

“We have different body shapes, sizes, heights and skin tones. And we want to tell people that even if we’re not sexy or beautiful by the standards society dictates, we can still feel sexy and beautiful in the body we’re in,” Riel said.