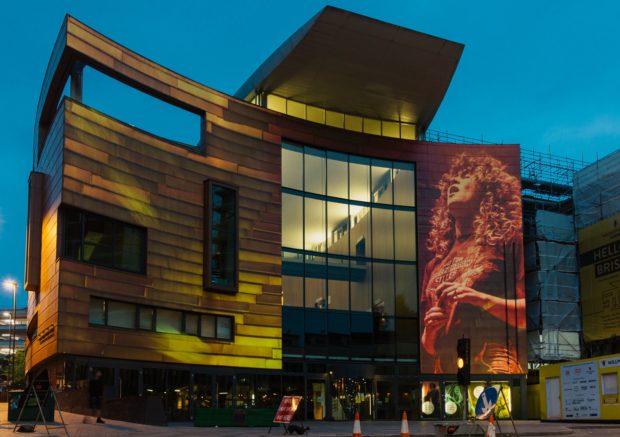 The Colston Hall has been renamed to Bristol Beacon after anti-racism protests. Image: Facebook/Colston Hall

A United Kingdom arts and entertainment venue named after a 17th-century slave trader whose statue was toppled during anti-racism protests has been renamed, its owner announced on Wednesday.

Bristol Music Trust said Colston Hall will now be known as Bristol Beacon after a lengthy consultation with thousands of local people.

The venue, which is undergoing a 49 million pound ($62 million) refurbishment, was built nearly 150 years after the death of Edward Colston.

Plans to change its name were brought forward after his statue in the city was pulled down and thrown into Bristol Harbour during a Black Lives Matter march on June 7.

Bristol trip-hop outfit Massive Attack have previously refused to play Colston Hall because of the name, even though the venue had no direct link to the wealthy merchant.

The venue said: “We can no longer be a monument to someone who played such a prominent role in the slave trade.”

City poet Vanessa Kisuule, who unveiled the new name in a poem, said the Bristol Beacon would be a “symbol of hope and community.”

Other institutions in Bristol, including two schools, are reviewing their links with Colston as a result of this year’s protests.

Colston was a former top official in the Royal African Company, which sent into slavery hundreds of thousands of men, women and children from West Africa to the Caribbean and the Americas.

Many were branded with the company’s initials.

He was also a Tory member of parliament and philanthropist, donating huge sums to support schools, hospitals, almshouses and churches in Bristol.

The toppling of his statue came during calls for Britain to reassess the legacy of its colonial past, including prominent individuals involved in or who profited from the slave trade. RGA

LOOK: Black Lives Matter mural vandalized hours after it was made

LOOK: Abbey Road crossing made famous by the Beatles repainted during lockdown