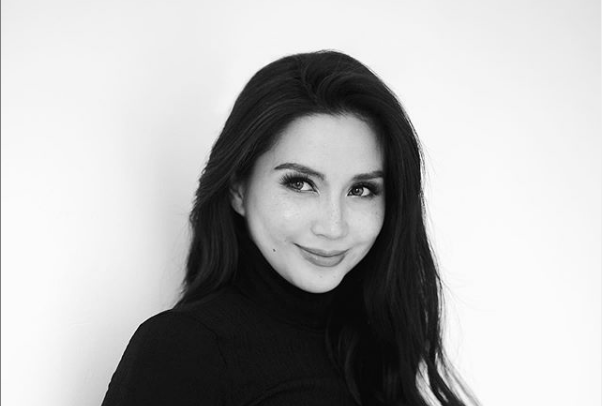 MANILA, Philippines — Mariel Rodriguez has slammed detractors of the Manila Bay’s “white sand” beach project for complaining about the government rehabilitation efforts, saying that at least people could see how their taxes where spent.

Rodriguez’s husband, Robin Padilla, first posted on Instagram Sunday how the government should be commended for the beautification project, where crushed dolomite was dumped to form the “white sand.”

(Let us give it to the government the recognition it deserves for this accomplishment. Even if there is a COVID-19 pandemic or none, as a tax payer, I would rather have white sand other than garbage all over.)

Rodriguez, meanwhile, left a comment on his post where she agreed with his sentiments. She also took the opportunity to slam the critics of the project. 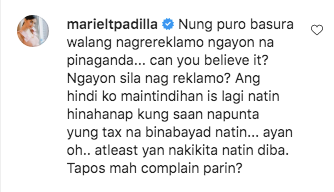 (When there was trash dumped all over, no one complained. Now that it went through a makeover, can you believe it? It’s only now that they complained.)

(What I don’t understand is we always questions where are our  taxes being spent. There you go, at least we see how it was spent. Then there are people who still complain?)

Padilla, meanwhile, told his wife to calm down and not to answer the detractors.

(Babe don’t answer the people who are too intelligent but are blinded from the reality.)

“Enjoy the view of Manila Bay and its positivity,” he added.

According to the Department of Environment and Natural Resources (DENR), the “white sand” project is part of the P389 million beach nourishment initiative for Manila Bay.

The  beautification project drew wide criticism on the government’s priorities especially in the midst of the health crisis, where government claimed funds were hard to come by to be able to allot another round of cash subsidies for those severely affected by the coronavirus pandemic

The fake white sand, made of crushed dolomite boulders from Cebu, also earned criticisms from environmental groups due to its potential harmful impacts.

Despite this, the “white sand” beach attraction in Manila Bay drew a crowd over the weekend — with photos and videos circulating on social media showing people standing close to each other, somehow ignoring physical distancing protocols.

The “white sand” beach was once again closed to the public on Monday for continuous rehabilitation works.