WATCH: Justin Bieber teams up with Chance the Rapper on new song ‘Holy’ 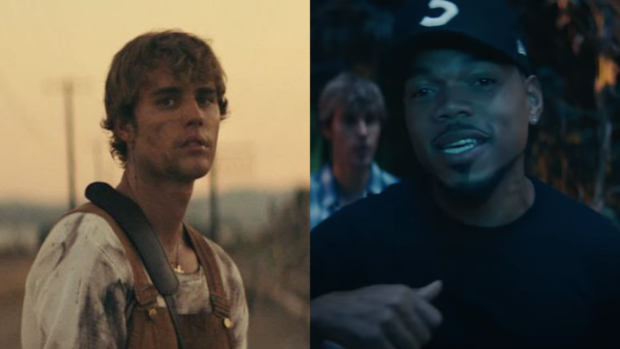 Justin Bieber has reunited with Chance the Rapper for his latest single “Holy” and its accompanying music video.

The Canadian singer premiered the song and video on his YouTube page last Friday, Sept. 17.

Meanwhile, the music video shows him as an oil-rig worker who is in a relationship with actress Ryan Destiny, who plays a nurse in a retirement home.

Bieber eventually loses his job due to “current and ongoing global situations” and a patient of his on-screen partner dies. The scene then cuts to Chance the Rapper as he speaks about having faith in God.

“I know I ain’t leavin’ you like I know He ain’t leavin’ us / I know we believe in God, and I know God believes in us,” the American artist sings.

When Bieber and Destiny return to their apartment, they find the landlord throwing their belongings outside, leaving them homeless. As they walk along a road with their things in tow, a soldier (portrayed by “That ’70s Show” star Wilmer Valderrama) drives by them.

He then stops beside the couple and offers them a ride to “a warm meal,” which is later revealed to be in his home.

Once the three arrive at the soldier’s house, he is hugged by his children and wife. All of them including Bieber and Destiny then sit down and enjoy a meal together.

Justin Bieber denies sexual assault allegation: ‘No truth to this’