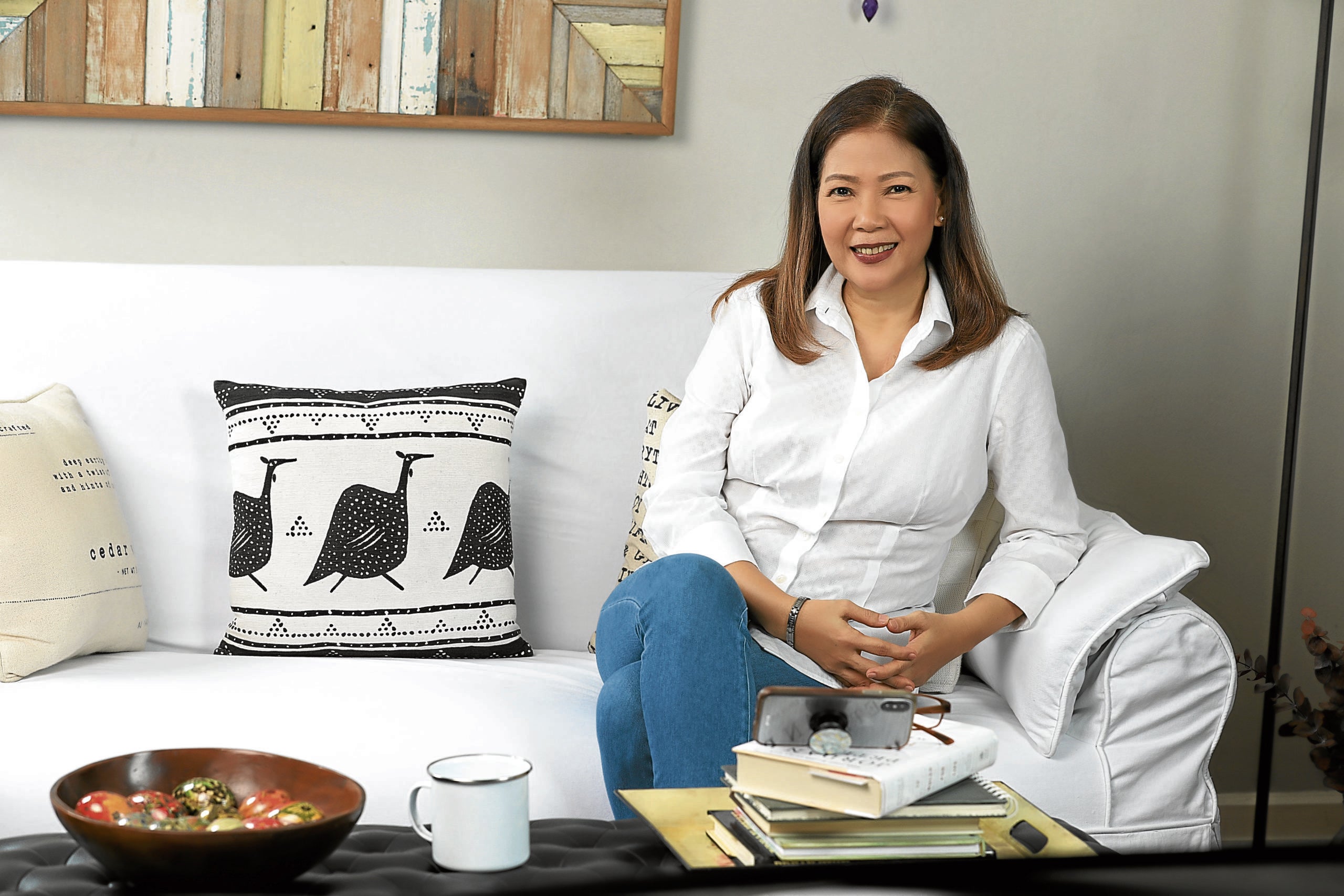 “I’ve already sent him a letter. You never know; he might actually reply,” said Luchi Cruz-Valdes about how she intended to interview her idol, Korean superstar Park Seo-joon, for her new lifestyle program “Usapang Real Life with Luchi.”So why does she like Seo-joon among the many Korean heartthrobs, Inquirer Entertainment asked Luchi.

“I’m a fangirl at 60. I’m a super K-fanatic, as in addict levels! I sometimes feel that work is getting in the way of my K-drama-watching schedule,” added Luchi, laughing.

Luchi’s new show on TV5—called URL for short—features celebrities, as well as their struggles and triumphs. “It’s interesting to talk about the lives of famous people, isn’t it? We tend to forget that, just like us, they also experience the same problems we have. It would be nice to know who they are off-cam,” she said.

Other episodes will feature stories of celebrity couples Richard Gomez and Lucy Torres, and Vic Sotto and Pauleen Luna-Sotto, as well as Zsa Zsa Padilla and Judy Ann Santos.

Luchi said she would love to interview popular onscreen partners such as Kathryn Bernardo and Daniel Padilla (KathNiel) and Liza Soberano and Enrique Gil (LizQuen).”It would also be interesting to feature Joshua Garcia, Julia Barretto and Gerald Anderson,” Luchi said. “It’d be great to interview them one-by-one and find out how they felt about the whole brouhaha; whether something like that can trigger a life change. That’s something I want to delve into.”

For now, Luchi said her program would be “staying away from news issues. We’re not going for controversial figures. I do enough of that in the news.”

She explained: “What we want is to show the personal side of whoever I’m talking to. When I speak with a celebrity, I always start with ‘Tell me something about yourself that you want people who watch you to know, but you haven’t had the chance to tell them yet.’ They know ‘di namin sila pinupwersa.’”

Asked for her reaction to the idea that venturing into producing entertainment content would impact her reputation as a hard-core journalist, Luchi replied: “I don’t know. News people like me don’t have managers. I don’t think about my career in terms of what my image would be,” she explained. “It’s only just my credibility that I take care of. As long as I ask the questions that my audience expects me to ask, then I’ve done my job.

“I don’t see any conflict there—it’s not like I’m doing something so new. We see (British-Iranian journalist) Christiane Amanpour interview celebs on her show. This doesn’t change the fact that she’s a hard-line journalist,” she pointed out. “Everything is news now, even showbiz celebs are news. We watch them closely, too, because they’re also potential news subjects.”

Luchi, however, draws the line at doing more Tiktok videos. “It took a while for my producers to convince me to dance for TikTok. After I saw [the episode], I called my producer and said, ‘You will never make me do that again.’ Alaskado ako sa News5 n’on. Grabe!” she recalled, laughing.

What Luchi did put much thought into as a TV host was how she looks, she said. “I’ve said this in the first episode—I’m actually suffering from a voice disorder. As I speak to you now, I’m speaking with greater effort than I used to,” she began. “I knew I had to tone down. In order to be less threatening, dinadaan ko sa ngiti. I also use the most friendly tone I can manage with my voice disorder.”

Luchi also had to “look more pleasant, somehow,” she added. “Unlike when I’m doing the news, to be honest, I don’t care about how I look as long as I get the sound bites. For this, I had to make some adjustments.”Catch “Usapang Real Life with Luchi” every Saturday, 9 p.m., on TV5. It also has a primetime replay on Sundays at 7 p.m. on Colour, available on Cignal TV CH. 202 HD & 60 SD. INQ