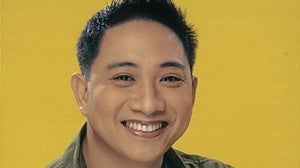 Cookie Flores, televiewer: “Michael V has come up with yet another hit impression that had me and my companions rolling with laughter. On ‘Bubble Gang,’ he was insanely funny as Kuya Bondying, his take on ‘Batibot‘s’ Kuya Bodjie (Pascua), whose look and speaking voice he has effectively approximated!”

Martin Leano, student: “ABS-CBN has yet to find a show to match ‘Eat Bulaga’s’ supremacy in the noontime slot. Hopes were initially high that ‘It’s Showtime’ would be it, because it was doing well on its former time slot—but, it turned out to be a bad decision.”

Rose Javier, office employee: “Miriam Quiambao has been in the news lately because of her tweets (about the Miss Universe organizers’ decision to allow a transgender to compete in the beauty pageant), which earned the ire of the LGBT (lesbian, gay, bisexual, transgender) community.

“Miriam has since apologized for her comments—but, the controversy is far from over, because other personalities have joined the fray. Too bad for Miriam, because prior to this, she was already establishing herself as a fine TV host and character actress.”

Yollie Dizon, televiewer: “The brilliant and subtle Christopher de Leon I used to watch and admire is gone. He’s been overacting lately—and that includes his voice. It sometimes comes off as irritating, disturbing and mushy—and those unnecessary growls and moans don’t help. I want the Brocka-trained Boyet back!”