Jimi Hendrix’s ‘magic boa’ is up for auction 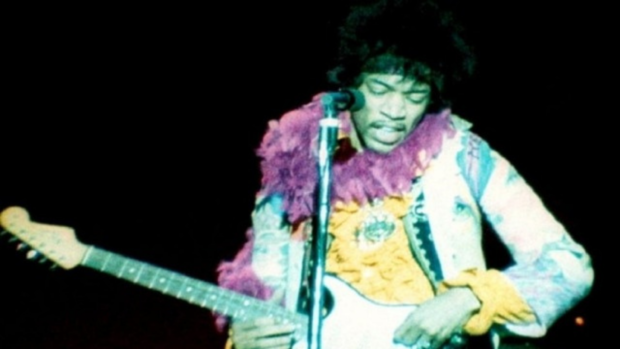 The electric pink boa worn by Jimi Hendrix on the cover of the album “Are You Experienced?” will go under the hammer on Sept. 8. Image: Courtesy of Omega Auctions via AFP Relaxnews

Rock ‘n’ roll fans take note: the electric pink feather boa worn by Jimi Hendrix during his legendary performance at the 1967 Monterey Pop Festival is to be sold at auction for the first time on Tuesday, Sept. 8 in a sale by the United Kingdom-based house Omega Auctions.

For more than 50 years, the legendary accessory has been kept in a personal collection belonging to British photographer Karl Ferris.

“Jimi called it his Magic Boa because it brought him much luck … as he wore it on … ‘Are You Experienced’ and at his best ever concert, Monterey Pop,” said Ferris on Sept. 1.

However, the final price could be much higher, especially when you consider that a Japanese sunburst electric guitar which belonged to the American singer-songwriter was sold in August of this year for more than 160,000 pounds (around $212,000 or P10.2 million) by GWS Auctions.

Hendrix first acquired the instrument in the early 1960s following his discharge from in the United States military in Fort Campbell, Kentucky, and notably played it while working as a session musician for a number of bands including the Isley Brothers. RGA