Alessandra De Rossi ‘only had’ P18k in bank account? Lolit Solis doubts it, but actress says ‘I don’t lie’ 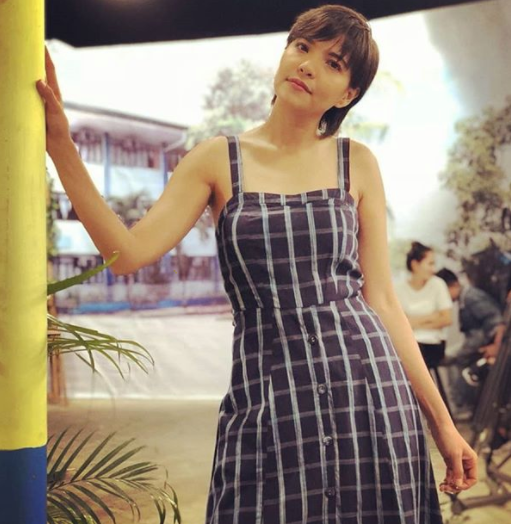 Alessandra De Rossi clarified the statements she made about her financial situation after Lolit Solis questioned if there was truth to what she said.

The talent manager wondered how De Rossi could have only P18,000 to her name, as what the actress disclosed in a recent interview.

The “Through Night and Day” star got candid about how she has managed when money was tight in an interview on “Usapang Real Life” yesterday, Aug. 31.

The coronavirus pandemic has hit the entertainment industry hard and the actress admitted that she had no money coming in. At the same time, she has been spending on hospitalizations, like that of her father in Italy.

She recalled that when it came to that point, she entrusted things to God and after two hours, she received money.

“Mayroon pala akong unpaid na mga tinrabaho na nagbayad (I had unpaid [fees] from past work that paid up),” she said.

Solis reacted to De Rossi’s story on Instagram today, Sept. 1, expressing shock that the actress had only P18,000 in her bank account.

(Do you think she made a mistake, maybe it’s actually P180k, Salve? Because how can one Alex De Rossi have only P18k when she has done a lot of movies and TV series? Unless she spent big and her money was used up.)

De Rossi appeared to dispute Solit’s doubts on Twitter today as she said, “Classic din ako (I am classic too) you know. I will not get anything from lying.”

“Malalaki diff ng HAVE at HAD. But sige! Dun ako sa HAVE! Pagod [na ‘ko] saluhin lahat ng naoospital. HAVE! HAVE ang sinabi ko,” she said.

(There is a big difference between have and had. But sure! I’ll go with have! I am tired of covering for everyone who is hospitalized. Have! Have is what I said.)

(What a waste! The goodness of the message was not understood. Sometimes we need to listen well to what others say before forming our own opinion.)

“Credibility ko yan (It’s my credibility). I don’t LIE and I’m always CANDID, because I won’t get anything from dishonesty,” she stressed.

(I am only 36 but I have known that since I learned how to speak.)

She also said that she “can’t help” spending to help others. “I do what I can do while forgetting myself lagi (always).”  /ra