Angel on motive for helping others: Not politics, but obligation as a human being and as a Filipino | Inquirer Entertainment
Close
menu
search

Angel on motive for helping others: Not politics, but obligation as a human being and as a Filipino 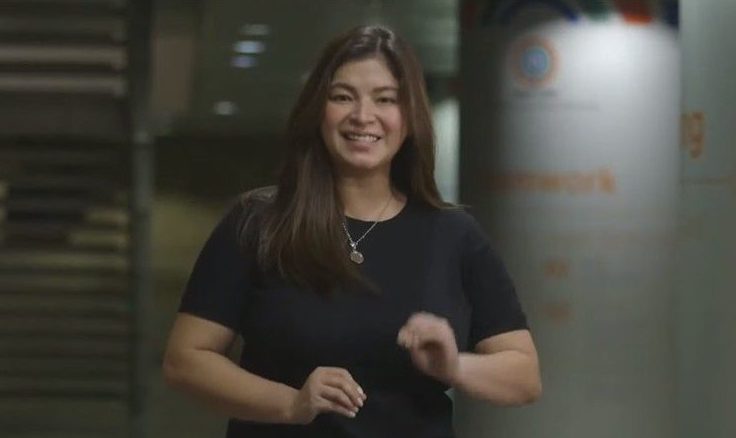 Actress Angel Locsin, whom people fondly call “real-life Darna” because of her philanthropic efforts, confessed she isn’t immune to bashings and even cited two instances when hurtful words thrown at her really made her cry.

“The first time I broke down was when I was on my way home from a really tiring day after participating in a relief operation,” Angel recalled. “For an entire day, I carried sacks of rice from the second floor of a building to the ground floor and then loaded them on a delivery truck.

“That’s why it didn’t help when I heard a radio news report quoting this person, who claimed that the money I donated came from my DOM (dirty old man) benefactor, and that this person even knows the identity of the DOM,” Angel shared with Inquirer Entertainment. “I will never forget that incident because I cried really, really hard after that.”

Angel, however, quickly added: “I didn’t dwell on it for long, though. I asked myself, ‘Has this person ever did anything to help those in need?’ If I allowed myself to feel affected, if I decided to quit, then fewer people would get help. I’m not saying that what I’m doing is something really grand. At least, I am able to make a difference in the lives of even only one or two families.”

Angel admitted to feeling hurt most recently when she heard bashers say “that I have an ulterior motive for helping people.”

“What motive are they talking about? I’m not planning to run for public office. I’ve said this again and again in different instances,” Angel declared. “I’m just an employee. I don’t own any network. Why are they purposely saying this to hurt me?”

The host of the inspirational program “Iba ‘Yan” further said: “These things aren’t healthy. If comments are not constructive, then it’s better to just ignore them.”

As to why she kept on doing what she’s doing, Angel said: “I’m in this position now because of the people who supported me. This is my way of saying ‘thank you’ to all of them. They are the reason that my family and I are alive and well.

“My family isn’t rich. We’re used to living a simple life. But because I was given this unique chance; because people paid attention to me as an actor; I’m here now,” the actress pointed out. “I guess part of being an actor is learning how to be sensitive to the needs of people around you. I always do research before taking on a role. As a result, I become more aware of what people outside my line of work are going through.

Angel also said: “I don’t think one has to have a reason to help others. This is actually our obligation as a human being, as a citizen of this country, as a Filipino.”

Read Next
For Golden, the pandemic is the perfect time to ‘give than receive’
EDITORS' PICK
Acer Philippines welcomes you to its first flagship store
Pope Francis to miss events due to new flare up of leg pain—Vatican
Is your company a growth champion? Stand up and be recognized!
PNP’s Covid-19 cases jump to 9,809; 52 new infections logged
More than 150 National Guard in Washington for Biden inauguration test positive for coronavirus
New Year, New Rediscoveries
MOST READ
Cavite gov’t weighs airport deal termination
Why Kris Aquino sleeps with her pearls
Parlade targets universities after fiasco with beauties
Church and bagels to go: Biden’s first White House Sunday
Don't miss out on the latest news and information.