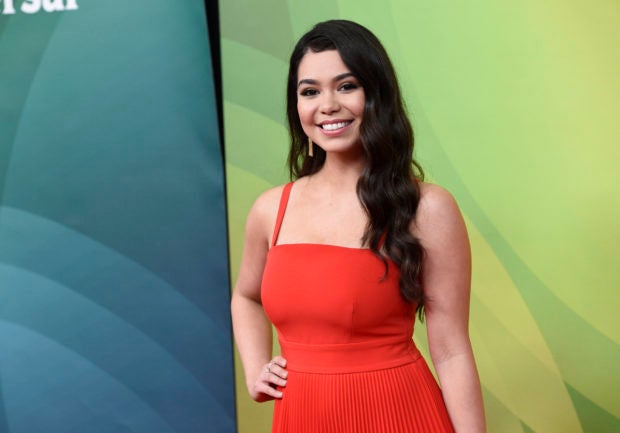 Auliʻi Cravalho’s life changed forever at age 14 when she was cast as the voice of Disney’s “Moana”. The Hawaiian native loved singing and acting, but they were just hobbies to her. So were horseback riding, swimming and microbiology, for that matter. A career in Hollywood seemed implausible at best.

“But life decided to surprise me,” said Cravalho, who went from obscurity to performing at the Oscars in just a few months.

Now at 19, Cravalho is checking off another milestone: Her first live-action film, “All Together Now”, is being released on Netflix Friday. And once again, she’s in the lead.

Based on Matthew Quick’s novel “Sorta Like a Rock Star”, the film from director Brett Haley finds Cravalho playing a very different kind of character from the adventurous Polynesian princess. Amber is a high school student with a to-die-for voice, an unflappable optimism and a dream of going to Carnegie Mellon. She also happens to be living in a school bus with her alcoholic mother.

“This felt like the next step,” she said. “I’m a little older and I love the challenge of showing these tougher emotions and telling these deeper stories.” 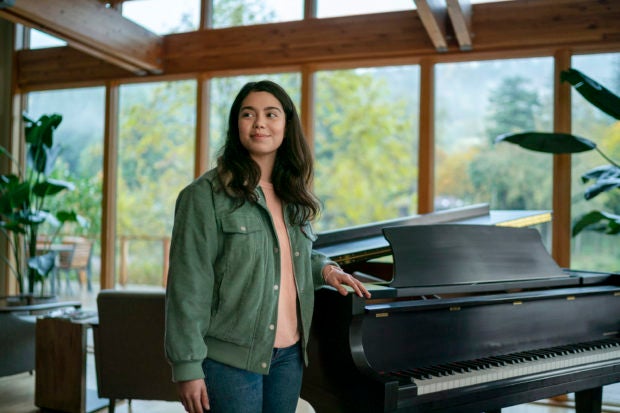 Auli’i Cravalho in a scene from “All Together Now”. Image: Netflix/Allyson Riggs via AP

She’d actually auditioned for Haley before. She didn’t get that part, but he promised he’d remember her.

“I was like, sure, OK, I’m never going to hear from this guy again,” she laughed. And then Amber Appleton came along.

“I really related to Amber. I genuinely understood her optimism,” she said. “I am an optimist almost to a fault myself. I also have to kind of get real and be like, ‘Oh, wait, I can reach out and ask for help.’”

Cravalho had already had some on-camera experience, including in the short-lived television show “Rise”, which was canceled after one season. (“My first heartbreak.”) But she was nervous about a feature film and acting opposite people like Carol Burnett. 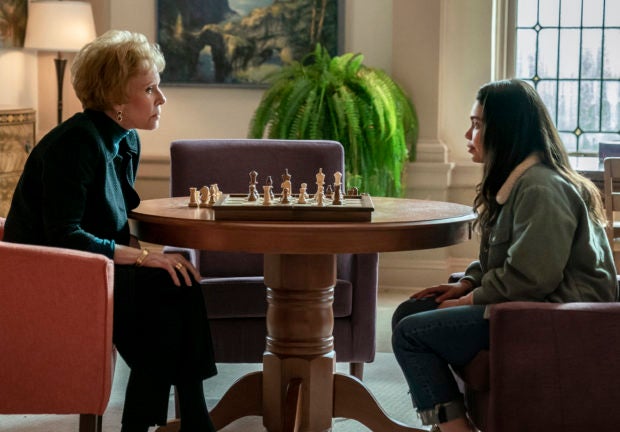 Carol Burnett, left, and Auli’i Cravalho in a scene from “All Together Now”. Image: Netflix/Allyson Riggs via AP

“My biggest challenge is figuring out what to do with my face on screen,” she said.

Thankfully, she had an unusually empathetic and supportive director in Haley, who helped her feel comfortable and gave her space to play around with her character and lines. And he’s excited for audiences to see her in a more dramatic role.

“Yes, she’s optimistic. Yes, she’s bright and shiny. But she also has a depth of emotion. She really is layered. She’s not just this Disney princess,” Haley said. “I think you can see that in her performance. She goes to so many different places in the role.”

Cravalho has for the past few years been living outside of Hawaii, first in New York and now in Los Angeles. She finished up high school on her laptop from the set of “Rise”, and she empathizes with all the students having to do that now.

For now, she’ll continue pursuing acting and already has another series in the works in Amazon’s thriller “The Power”, but she’d also like to go to college and keep her options open. She’s only 19, after all.

“I’m not really sure where my career will take me. I’ve been lucky to play strong women characters so I hope I’ll continue on that path,” she said. “But I’m also young and figuring out what fuels me as a person and figuring out that my career (can be) different from who I am.” RGA