Even in new normal, ‘slapping and kissing’ scenes in films possible . . . here’s how 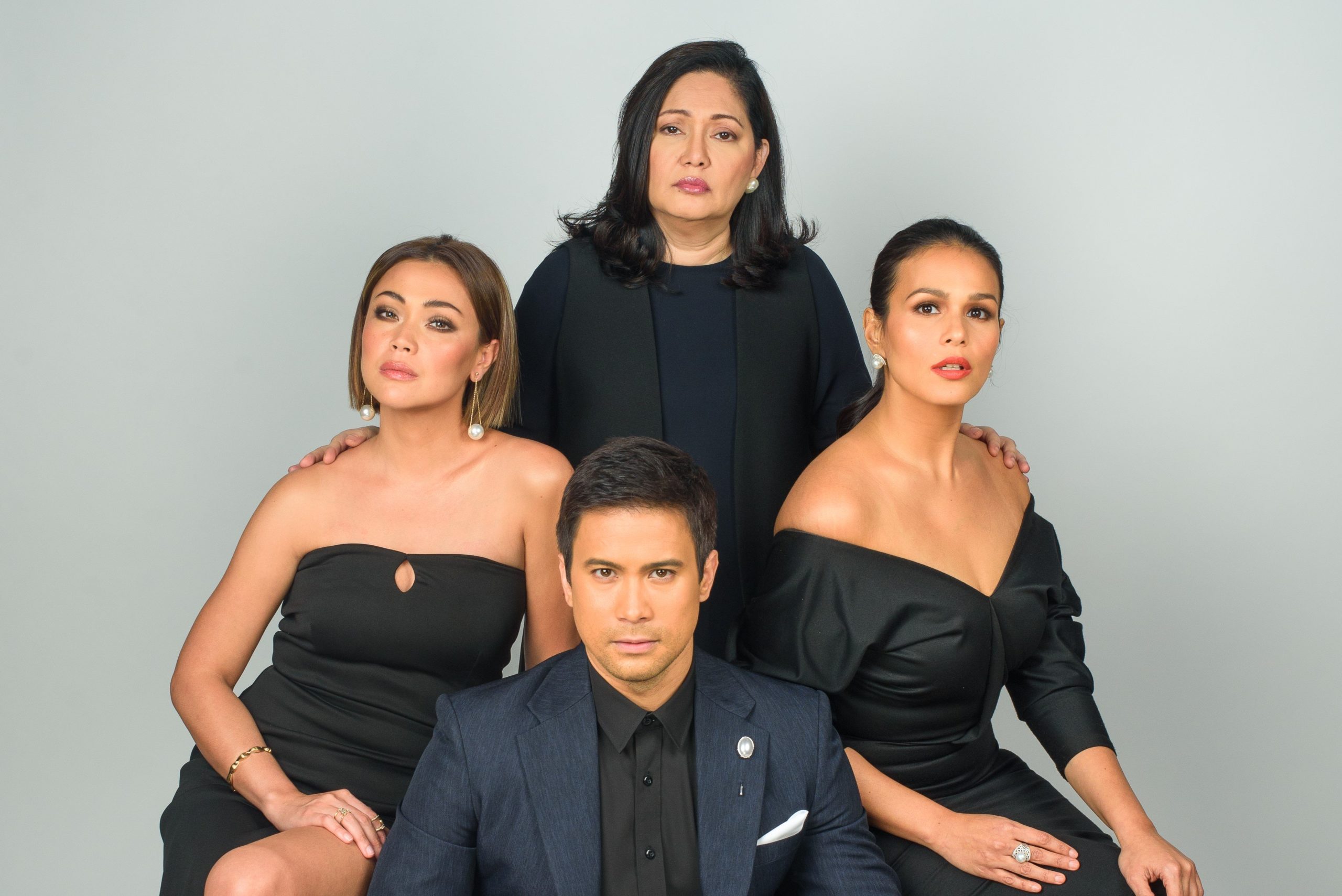 While kissing and slapping are prohibited in all production sets because social distancing is encouraged to avoid contracting the deadly COVID-19, ASIAA director FM Reyes said the audience could expect these elements in the series.

“Dayaan lang ’yan. You can always position the camera to make it seem like someone is kissing another,” Reyes explained during a recent virtual media gathering organized by ABS-CBN.

“You have to be clever in finding ways to be able to practice social distancing but still come up with scenes that your audience will find engaging and riveting. In the beginning, they get surprised whenever they review each take. They eventually understood what I was trying to make them do, so they took blocking more seriously,” the director pointed out.

Calzado and Sta. Maria play Ellice and Marissa, respectively. They were childhood friends who got estranged by an unfortunate circumstance.

Because Marissa has always envied Ellice for her family’s wealth, she trades her freedom for money when ­Ellice accidentally kills an assailant in self-defense. She agrees to take responsibility for the homicide and willingly goes to jail, counting on an early release.

Marissa’s time behind bars, however, took longer than expected. She soon blames everything on Ellice, who, unknown to her, consistently checked on her well-being, only to be given false assurance by her father.

When Marissa is released and receives the cash Ellice’s father has promised her, she embarks on a ruthless mission to claim everything Ellice owns, including her marriage to Gabriel (Sam Milby).

While there will be a lot of confrontation scenes with Iza as their characters try to upstage each other and determine who is better, Sta. Maria swore nothing of that sort happened between them in real life. “Our working relationship was more collaborative. I personally didn’t think of competing with Iza. My goal was to be able to deliver the performance that our directors required of me,” Sta. Maria told Inquirer Entertainment.

Calzado agreed: “First of all, as a professional actor, you should already know if one scene is a highlight of a particular character. You then try to help the actor playing it as much as you can by portraying your role correctly. We value teamwork here.

“If I go to the set thinking of ways to come out as a better actress than Jodi, then I wouldn’t be effective in what I do. The key is to live your character and be true to what she feels. Jodi and I are grateful we’re on the same wavelength when it comes to this,” Calzado declared.

Sta. Maria said every actor on the set was “generous” when it came to showing emotions. “They’re also not selfish in sharing with me their acting techniques, especially Nanay Marya (veteran actress Maricel Soriano),” she began. “We shot this one scene together; she was so good at it that it was really jaw-dropping. I asked her, ‘’Nay, paano mo ginawa ’yon?’ She taught me the technique. I did the same in some of my sequences and it really worked.”

“I had my own moment with her,” Calzado interjected. “I call it Inay Marya school of acting. We are so blessed to be on the receiving end of that knowledge and wisdom.”

Asked to talk about her relationship with Calzado before and after making the “teleserye,” Sta. Maria said: “This wasn’t the first time I’ve worked with her. We did ‘Maria Leonora Teresa.’ After that, our communication continued. I believe that—I don’t know if Iza would agree to this—we’re not just taping friends or working friends. We’re really good friends.

“Now, with the amount of time we’ve spent on the set we had no choice but to be together every day. I now have a better appreciation of her as a person. She is really beautiful, inside out. We would still exchange messages almost every day. We’re so thankful that we got to experience this toge­ther,” Sta. Maria added.

For Calzado, her friendship with Sta. Maria “felt deeper” after working on the series. “I appreciate her just as much as she appreciates me. I got to know her better. When you’re together in one house, you take down your filters. You allow yourself to be more vulnerable and close to that person. I feel that we’re in that stage now.”

In terms of working on the set while at the same time minding the health and safety protocols imposed by the government, codirector Avel Sunpongco said: “It was a really difficult adjustment. We had to undergo rapid antibody tes­ting before we started wor­king. During the actual shoot, we followed rules created by ABS-CBN that was more stringent than the one issued by the government.

“It’s hard to work wearing a mask, especially when you’re giving instructions to your actors. They have to be able to see the expression on your face so they will understand what kind of emotion you want them to express for that particular scene. Luckily, everybody cooperated. We were able to accomplish all our objectives,” Sunpongco said.

Reyes added: “After I learned about the virus and its effect, I said I have to go on living. I can’t let this virus keep me from doing what I do best. As their leader, I had to live by example. I also told them, ‘we have to take care of each other. We have to triumph over this virus.’”