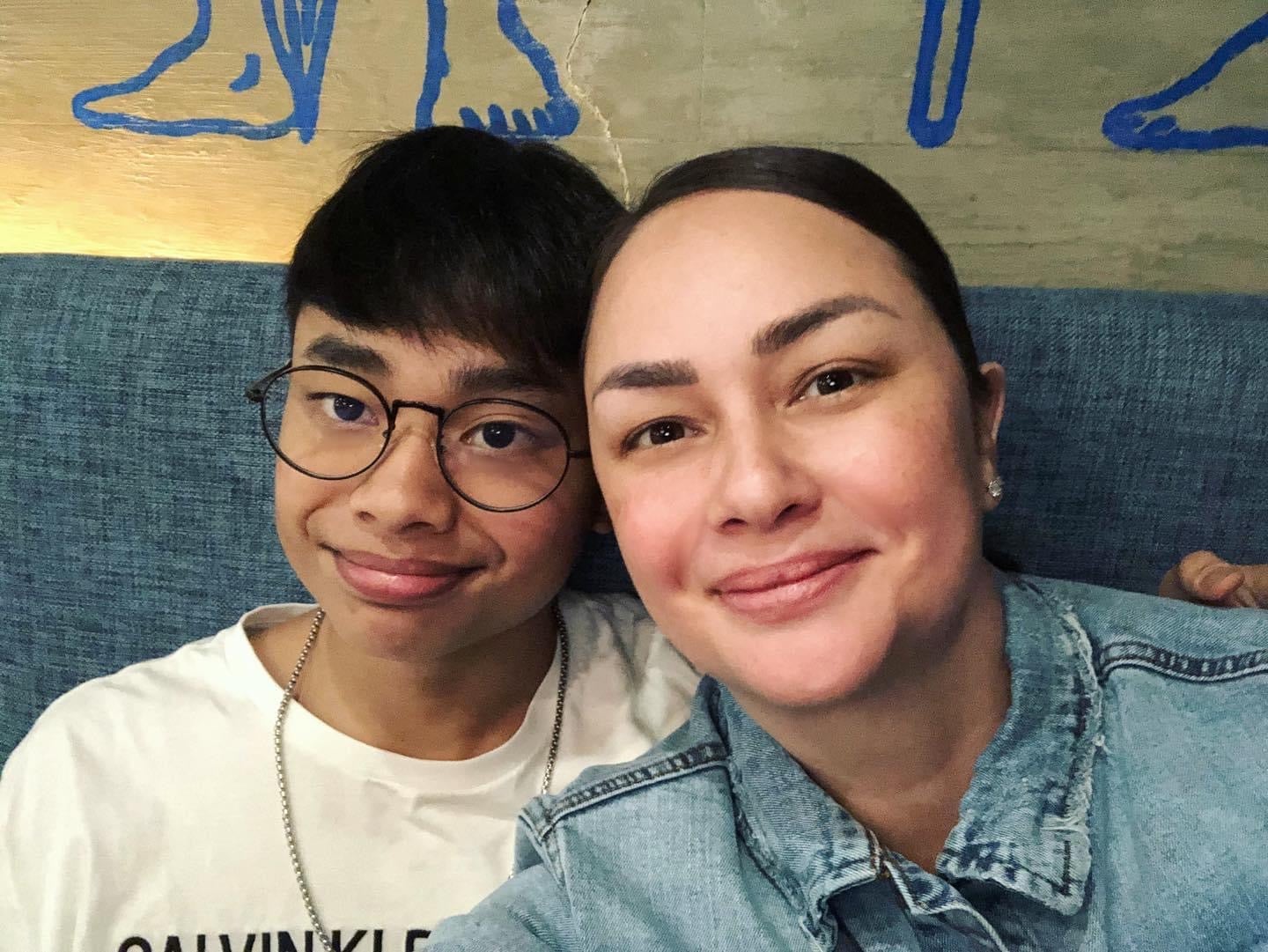 With projects in show biz becoming few and far between, especially amid the COVID-19 pandemic, Donita Rose, decided that it would be better if she relocates to the United States—at least for the time being.

“I don’t want to say for good because I had said that so many times before. But as of now, the plan is to move back to the US … I have already sold a lot of my items here,” she said in a recent video interview on ABS-CBN Christian Fellowship’s Facebook page.

Donita, who holds a culinary arts degree and used to work at a posh restaurant at the Mandalay Bay in Las Vegas, hopes to find a job that involves working with the Filipino community. “I’m giving myself a year to establish myself and look for a job and all that. If things work out, then I will be there, close to the family. They’re all there,” Donita said. “I would like to do something with the Filipino community and be in touch with them. But if not, I’m open to other things.”

Aside from starring in soap operas and hosting cooking-related shows on GMA 7, Donita is also into food vlogging, which she thinks is “the best thing to do” during these times.

“I was restless at first, trying to think of ways to be productive. I did more food vlogs, which has been my focus, even before the pandemic. I have been doing vlogs about food and my faith,” she said. “I also got new sponsors, so I hope to keep on doing that, working from home, in the States.”

Asked if she considered starting an online food business while in quarantine, Donita said she would have loved to do more, but her hands are already full with social media work. She has also been focusing on her duties as a mother to her son, JP, who’s now 16.

“I’m a single mom and I have made it a priority to be by his side every day. I could have done more, but I chose this. I’m happy with my decision. Now that he’s older, perhaps I can focus on [doing other things] in the States. But for now, I’m taking things easy,” she said.

As she enters a new phase in her life, Donita is looking forward to enjoying life “a little more,” because life hasn’t been a bed of roses of late.

“The past few years, especially the last two, have been difficult for me. I felt like I was drowning a bit in my sorrows and problems,” admitted Donita, who divorced her ex-husband, Eric Villarama, in 2016, after 13 years of marriage.

“Now that I’m kind of OK, I want to enjoy myself for a while,” she said.

Aside from the turmoil in her personal life, she also experienced financial difficulties along the way. “Things have been tough here. I had work, but it wasn’t consistent. And so, living expenses, and all those things … sometimes, it takes a long time before you get something back,” she said.

“I’m being transparent, because I know that it will help and encourage a lot of other people out there, knowing that I’m going through what many people are going through; so they can see how I dealt with it,” she said. “I had debts. At times, I was behind on my bills.”

Fortunately, she’s past that and is in a much better place now. “My manager, Tita Angeli [Valenciano], always told me that God will provide. I held on to that. And thankfully, I’m through with that. I had a breakthrough and I’m doing well again,” said Donita, who’s a devout Christian. “Praise God for that. It almost felt like my situation was hopeless.”

The former MTV VJ is also thankful for her family, who always has her back. “My brother, who’s also my best friend, told me that I could stay with him, should I decide to come back to the States,” related Donita, who helped support her family and extended families for much of her life.“My brother told me, ‘D, you have taken care of me my whole life. Now, it’s my turn to take care of you,’” she added.