Toni Braxton’s beauty secret: use a sex toy as a ‘face tingler’ 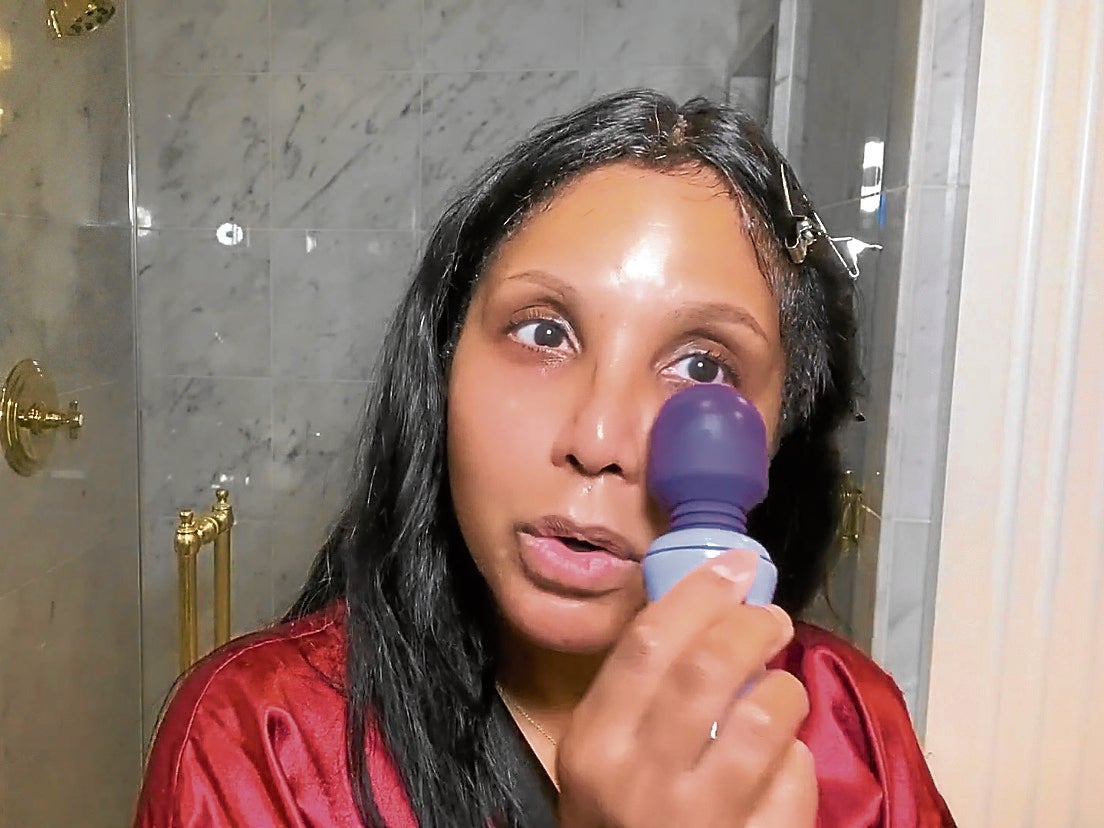 Toni Braxton must be aging backwards.

At 52, the pop-R&B singer remains youthful looking and could very well pass off as someone in her 30s. Her skin, in particular, is “#goals” to many of her followers, who have been bugging her about her skin care routine.

In a recent episode of Vogue magazine’s “Beauty Secrets” YouTube series, Toni hit the bathroom to demonstrate her regimen, and show the products she uses on her face.

But it wasn’t the cleanser or the moisturizer or the eye cream that had everyone buzzing online.

Toni’s “real beauty secret,” it turned out, isn’t some magical concoction you slather on your skin. Midway through her routine, she pulled out a purple gadget that curiously resembled a sex toy.

Well, that’s because it was. And people were shocked and fascinated all at once.

“I just take this and get the little ball here,” she said as she continued with her demo.

“Sometimes, I put it inside the freezer to get it really cold. And I just rub it and it just activates all the muscles.”

“Get them together. We’re working today, we’re going to be cute today,” said Toni, who has just released her new single, “Dance,” which will be part of her upcoming 10th studio album, “Spell My Name,” later this month.

Read Next
Crazy Jhenny, August 6, 2020
EDITORS' PICK
Get 80% OFF Ignite 2020 Cyber Tickets starting 28 September
Lakers, Heat start their preparations for NBA Finals
Palace blasts Facebook ‘censorship:’ Why only take down pro-gov’t pages?
Water remains our saving grace right now
Smart poised to turn PH into ‘Smart 5G country’ with nationwide rollout
‘Psychic numbing:’ When people stop giving a damn about the pandemic
MOST READ
‘I offered to resign’ because of endless corruption, says Duterte
Duterte tells Facebook: Why keep operating in PH if you can’t help us?
Duterte keeps Metro Manila under GCQ for entire October
Cayetano, Velasco to be flanked by supporters during Duterte meet
Don't miss out on the latest news and information.