NEW YORK  — It’s raining nominations for Lady Gaga and Ariana Grande’s “Rain on Me” at the 2020 MTV Video Music Awards, which will present new categories focused on live performances and music videos created at home during the coronavirus pandemic. 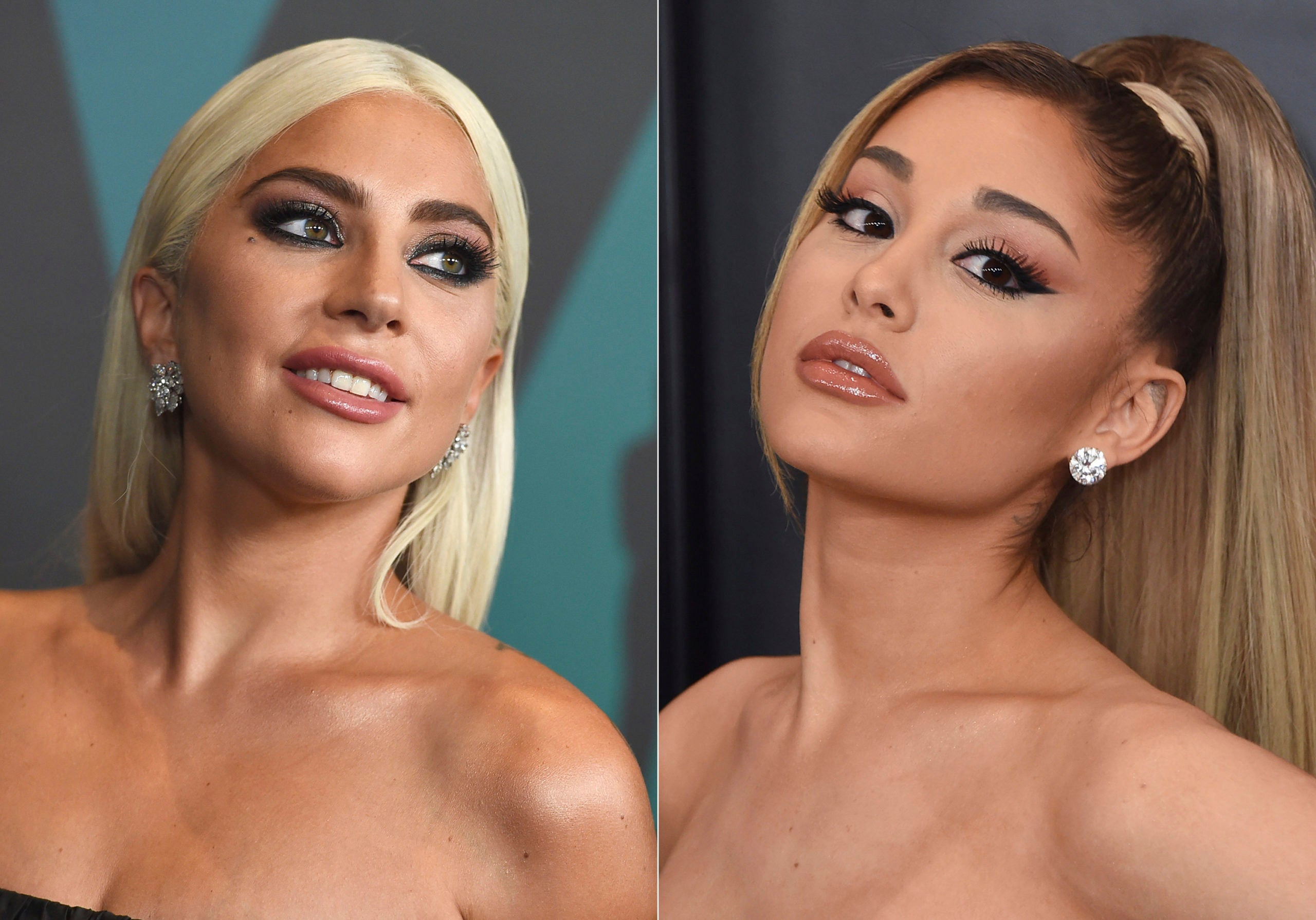 Lady Gaga arrives at the Governors Awards in Los Angeles on Nov. 18, 2018, left, and Ariana Grande arrives at the 62nd annual Grammy Awards in Los Angeles on Jan. 26, 2020. Lady Gaga and Ariana Grande both scored nine VMA nominations each, including video of the year for their No. 1 dance hit. “Rain on Me” is also competing for song of the year, best collaboration, best pop, best cinematography, best visual effects and best choreography. The 2020 MTV Video Music Awards will air live on Aug. 30 from the Barclays Center in Brooklyn.(Photos by Jordan Strauss/Invision/AP)

Gaga and Grande both scored nine nominations each, including video of the year for their No. 1 dance hit. “Rain on Me” is also competing for song of the year, best collaboration, best pop, best cinematography, best visual effects and best choreography.

Billie Eilish and The Weeknd, the second-most nominated acts with six, are also up for video of the year with “everything i wanted” and “Blinding Lights.” Others nominated for the top prize include Taylor Swift’s “The Man,” Future and Drake’s “Life Is Good” and Eminem’s “Godzilla,” which features late rapper Juice WRLD.

The VMAs will air live on Aug. 30 from the Barclays Center in Brooklyn and New York Gov. Andrew Cuomo said last month “the event will follow all safety guidance, including limited or no audience.” This year’s show introduces two new categories reflecting the current pandemic times: best music video from home and best quarantine performance.

Grande and Justin Bieber’s No. 1 hit “Stuck with U” will compete for best music video from home along with Drake’s “Toosie Slide,” John Legend’s “Bigger Love,” 5 Seconds of Summer’s “Wildflower,” blink-182’s “Happy Days” and twenty one pilots’ “Level of Concern,” which topped the Billboard rock songs chart for seven weeks and features the lyrics, “Will you be my little quarantine?”

R&B duo Chloe x Halle, who have successfully promoted their new album during the pandemic with impressive live performances mostly put on in their tennis court and outside their new home, are nominated for best quarantine performance for “Do It” from MTV’s virtual prom “Prom-athon.”

Other nominees include Gaga’s “Smile” from the TV special “One World: Together At Home”;Legend’s “#togetherathome” concert; DJ D-Nice’s “Club MTV presents #DanceTogether”; CNCO’s “MTV Unplugged At Home”; and Post Malone’s tribute to Nirvana.

Apart from the pandemic, protest songs reflecting the Black experience created in the wake of the deaths of George Floyd, Breonna Taylor, Ahmaud Arbery and others also earned VMA nominations. R&B star H.E.R.’s “I Can’t Breathe,” Anderson.Paak’s “Lockdown” and Lil Baby’s “The Bigger Picture” all scored nominations in the video for good category.

Swift, who released a surprise album last week, will also compete for video for good with her song about sexism, “The Man.” She scored five nominations overall, while Drake, Dua Lipa, J Balvin and Bieber earned four nominations apiece.

Megan Thee Stallion and DaBaby — who both launched No. 1 pop hits this year — earned three nods each, including bids for artist of the year. Their competition includes Gaga, Bieber, The Weeknd and Post Malone.