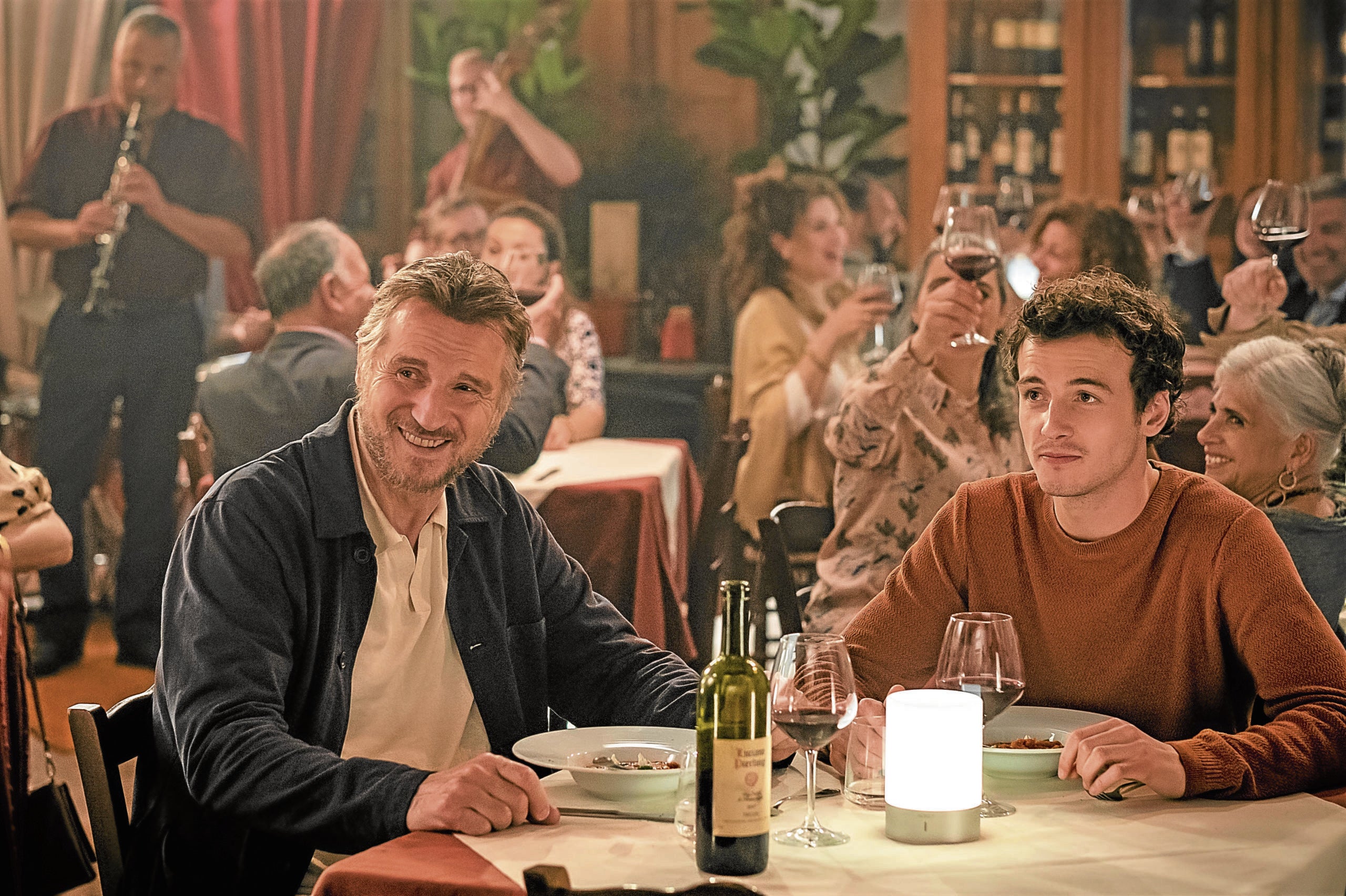 “I learned a lot by watching him on set,” says Richardson (right) on working with his dad, Liam Neeson. —PHOTOS COURTESY OF IFC FILMS

LOS ANGELES—When your dad is Liam Neeson, your family on your late mom Natasha Richardson’s side includes Vanessa Redgrave, Tony Richardson, Michael Redgrave, Lynn Redgrave and Joely Richardson, and your godfather and stepgrandfather is Franco Nero, would you dare become an actor, too?

For Micheál Richardson, 25, the answer is yes, but he made the decision to dare follow in his distinguished family’s footsteps only four years ago.

Micheál looked relaxed in our video call, his good looks evident on our laptop screen. Complimented on his short haircut, Liam’s older son—his eyes twinkling—said, “It’s for fun. It was inspired by a role. I had been auditioning here and there, for which I’m very lucky. My hair was getting a little messy, being in quarantine. I thought, why not cut it that way? And people seem to like it.”

He explained how Micheál should be pronounced: “Phonetically, it’s me as in myself and then hall as in hallway. So, ‘Me-hall.’”

Micheál and Liam play, well, father and son in debuting director James D’Arcy’s dramedy, “Made in Italy,” which resonates in a way to the two actors’ real lives. The world was stunned when actress Natasha Richardson, Liam’s wife and Micheál’s mom, died in a skiing accident in 2009.

“Made in Italy” narrates how an artist (Liam) travels from London to Italy with his estranged son (Micheál) to sell the rundown villa they inheri­ted from his late wife.

In IFC Films’ press notes, Micheál was quoted as saying, “It’s a story that’s very close to the director. James lost his father at a young age. What’s so important about the film is that it acknowledges how easily one can shy away from the grieving process.

“It’s so painful to deal with losing somebody close to you in your life that sometimes the easiest thing is to shove it under the carpet and not want to talk about it. So that’s what dad in real life did. In a way, we would remember and honor mom.”

In our interview, Micheál elaborated, “There’s not one way of grieving and I’m still trying to figure it out myself. But if I could pass it on, a helpful piece of information is by keeping them (deceased loved ones) in your minds and honoring them in small ways.

“So personally, I feel close to mom when I’m cooking because that’s what she loved to do. It’s just these little things that I feel close to her and that also helps in the grieving process. It never really ends.” 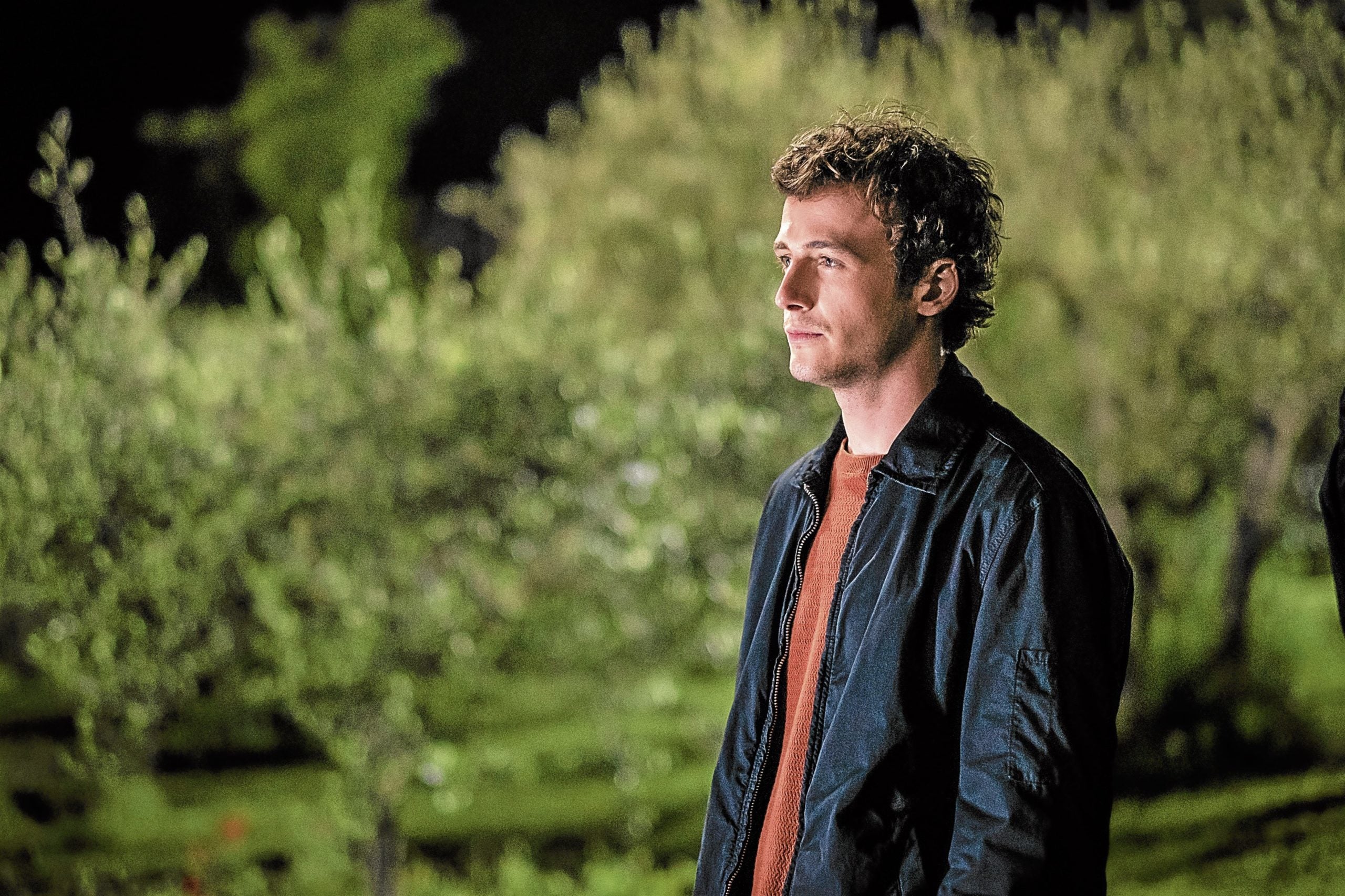 On why he chose Richardson for his last screen name over Redgrave and Neeson, the young Dublin native answered, “Redgrave is a nice one, but it was already taken by Michael, so I couldn’t do that to my great grandfather. But I chose Richardson as an honor to that side of my family and carry it with me … to honor my mom and my aunt.“My mom started a family and I carry it with me, so it represents her and my grandfather, Tony. Talking about grief, that (using his mom’s last name) is one of the ways I can feel closer to them.”

We asked Micheál how he told his dad his decision on using Richardson.

“We were filming ‘Cold Pursuit,’ a film in which I also play his son,” said the young actor whose real full name is Micheál Richard Antonio Neeson. “If you blinked, you would have missed me. I think I passed away in the third page of the script. That was my first credit on a film.

“It (screen name) was something I had discussed with my grandmother and aunt before. I told him (Liam) while we were coming back from set in the car. I said, ‘This is what I want to do. I wanted not only for myself, but to make my family happy. The best way I could keep my mom close to me was in terms of my last name.’ She had a presence in the industry. Of course, it’s not as big of a name or recognizable as the name Neeson.”

On having the legendary Vanessa Redgrave, declared by no less than Tennessee Williams as the “greatest actress of our time,” as grandma, Micheál replied, “We talk about life and a lot of other things besides acting. But obviously, the older I get, the more I realize who she is and what an impact she had on the industry and the acting world. I am so lucky and it’s amazing.

He added about the legend who’s married to another icon, Franco Nero: “She’s so loving and amazing. She’s also a great cook. I did my first play off-Broadway earlier this year, and she flew all the way out to come see it. She left it as a surprise because she didn’t want me to be flustered. She came on the final night and it was so touching. She met all of the cast and crew. It meant a lot to everybody there, to have Vanessa Redgrave pop in.”

On his looks, Micheál grinned as he said, “For some people, they see in me more of my mom. For some, they see more of my dad. I see a bit of both. There are some old photos of Michael Redgrave. It’s almost freaky just how much we look alike in certain periods when he was younger. I sometimes do that. I will look through Google and see these pictures and it’s eerie.”

“There wasn’t one big sit-down conversation that I had with them, apart from when I was able to get representation and I told dad I am going to go 100 percent for this thing,” Micheál said about his big decision to join the Redgrave-Richardson-Neeson acting bandwagon.

“The thing is that I do have this big family of actors. [But] it still feels like I am starting from scratch. I’m still figuring it out myself.”

He added, “It was about four years ago when I made that decision in my head. I want to dedicate my life to it. Before, acting had been in the foreground while I was growing up. It was an amazing resource to have. 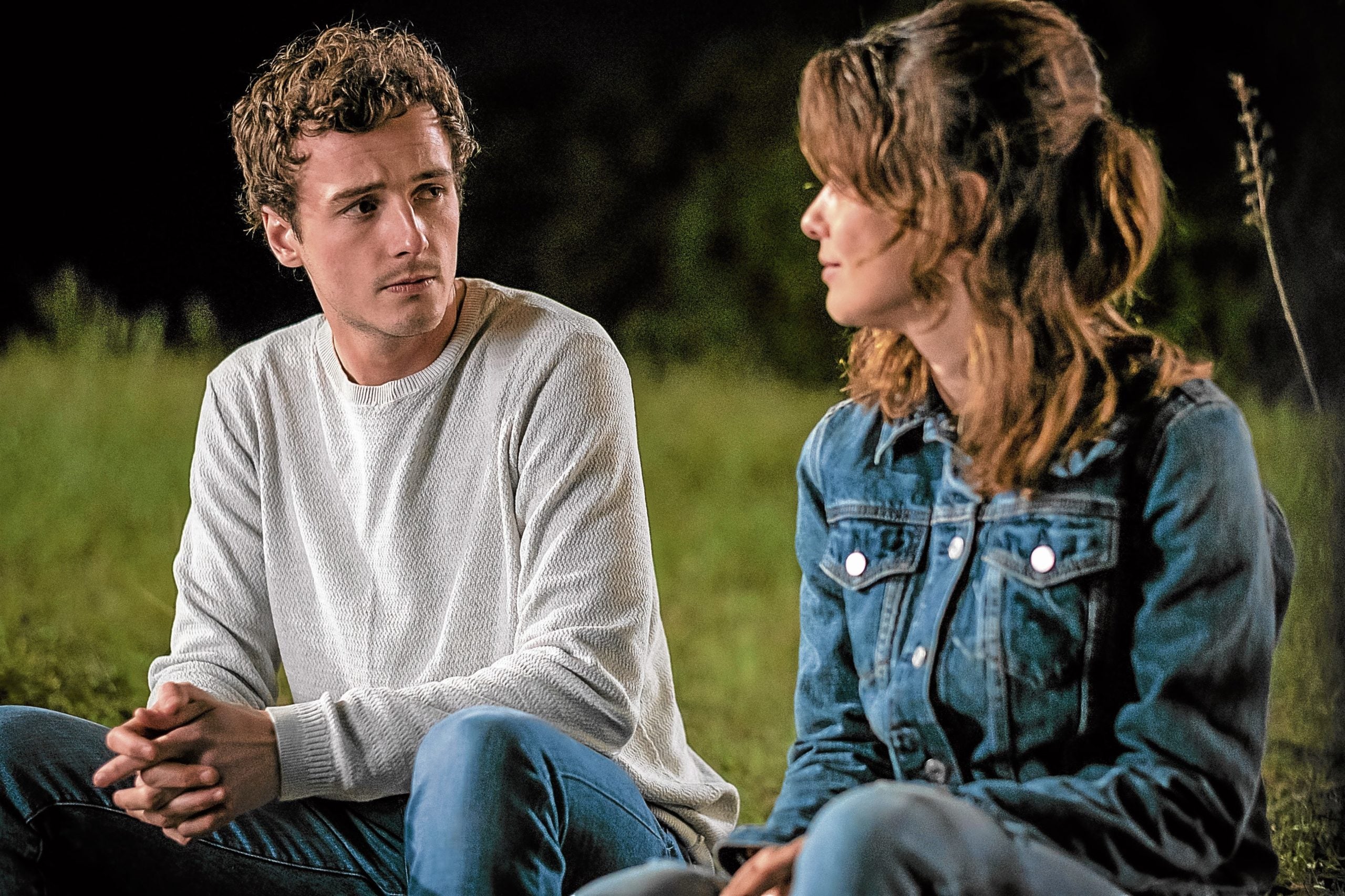 Richardson (left) and Valeria Bilello in “Made In Italy”

“I had done theater in school during the winter theater programs. I did ‘The Taming of the Shrew’ when I was in seventh grade. So I had acted, but I didn’t know if it was something I wanted to take seriously until four years ago.”

Elaborating on his earlier comment that when he cooks, Micheál feels close to his late mom, he remarked, “She has some amazing recipes that I don’t think I’m at liberty to share with you. But I will say it’s a Bolognese recipe and a roast chicken recipe. I don’t have a wide range of skill set in the kitchen. But pasta and a good Sunday roast is what I do best.

“Cooking was such a big part of her life. She was constantly finding these new recipes. She was a host who loved cooking for her family and friends.”

As for actually working with Liam on set, Micheál shared, “It didn’t surprise me so much that he was very easygoing. He made an effort to not coach me from the sidelines. He wan­ted James to direct me. So any bits of advice he would leave for the end of the day when we wrapped. There were a lot of questions that I would ask him.

“But also just witnessing his presence on set and dealing with the patience in filming which is something that I’ve definitely learned. I learned a lot by watching him on set, waiting for them to break down the set, set up for new shots, then be ready to just jump right in. Watching him do that, I learned a lot.”

On shooting the film in Italy, the Lee Strasberg Film and Theatre Institute-trained actor enthused, “I love it there. I was baptized in Rome, which is an interesting fact. My grandmother’s partner is Franco Nero, who’s also my godfather.”

Micheál laughed when the topic turned to girlfriends. “It’s hard out there for us single people during the time of Corona,” he admitted. “I’ve not been around so many people, so the dating scene has been sparse. But I have a few friends that I’m close with. They’re getting out there and have found girlfriends as of recently. I don’t know what I’m doing wrong. So it’s inspiring me a bit, but at the end of the day, I just have to stay diligent, no matter how lonely one can get.”

Looking forward, Micheál may also get to play Michael Collins, the Irish patriot whom Liam played in “Michael Collins” and for which he earned a Golden Globe nod.

“Somebody has written a script called ‘The Rising: 1916,’” Micheál said. “His name is Kevin McCann. He’s trying to get that produced. He’s expressed a lot of interest in me playing Michael Collins. It’s something that I’m very interested in. Large boots to fill. Hopefully, I’ll do it justice.”

In the coming “Entrée Des Artists,” Micheál stars with some of the members of his renowned family: Vanessa, Franco and Daisy Bevan.

Read Next
Twins Cassy and Mavy Legaspi on pros and cons of having celebrity parents
EDITORS' PICK
What to watch out for when selecting a video surveillance solution
House energy committee chair Arroyo bats for cheap electricity
DOH says COVID-19 cases plateauing, but public shouldn’t be ‘complacent’
23,000 cops to be deployed nationwide for school reopening
Look Through: The fate of impounded stray dogs
Unleash the photographer in you this World Photography Day with vivo smartphones
MOST READ
Korina Sanchez reunites with former ABS-CBN co-anchors Julius Babao, Cheryl Cosim
Sharon Cuneta asks for prayers for friend in ICU who suffered silent stroke
QC school’s shutdown violated rules – CHEd
Light therapy could be the answer to your sleep problems
Don't miss out on the latest news and information.