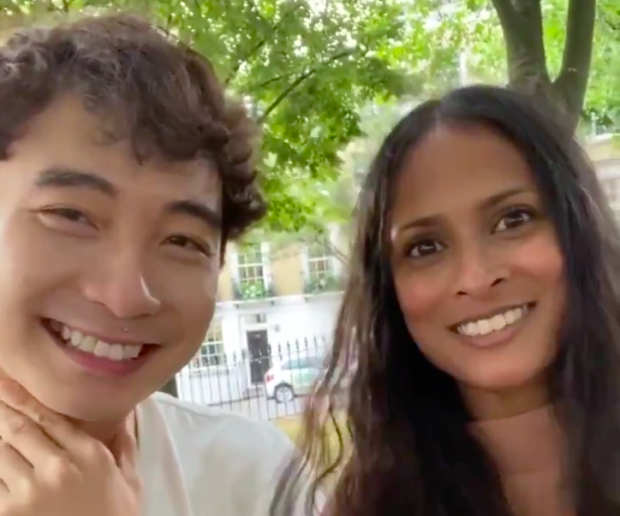 “To all my new friends/haters @MrNigelNg and I have just had a lovely afternoon discussing my ‘crimes’ against rice… watch this space.. collab coming soon, give me a follow! #riceislife #uncleroger,” Patel, meanwhile, said in her tweet.

In the video, Uncle Roger revealed to fans that he just had dinner with Patel and asked netizens to stop bullying the cook.

“Hersha’s really good, she’s a great presenter, really funny, but don’t post anything mean on Instagram alright. Otherwise, Uncle Roger will come for you,” he said.

“Because whilst this guy’s blown up, like nobody’s business, I’ve been trolled!” Patel, meanwhile, stressed.

She then clarified, “Okay, I’ll just make a quick point. I was doing a job for the BBC, presenting their recipes. I know how to cook rice! And that’s all I’m saying about that.”

The two then told fans to wait for another cooking video, in which the two would collaborate for another rice-cooking session—only this time, Patel promised to show how she actually cooked proper rice.

Uncle Roger’s hilarious video reaction on how the BBC host cooks rice took the internet by storm as Asians all over the world relate to the comedian’s woes, all dying a little bit inside.

The comedian can be seen letting out his frustrations at Patel’s blunders, which include not washing the rice before cooking, using a teacup to measure her water-to-rice ratio (which actually rendered her rice soupy) and draining rice after cooking.

“Drai- what’s she doing?! Drain the ri- oh my God!” the comedian blurts out as Patel drains the wet, cooked rice through a colander. “You killing me, woman!”

Perhaps what triggered Uncle Roger the most, however, was when Patel instructed fans to wash the cooked rice by putting it under running tap water.

“What the- what the hell?! What the hell?!” the comedian yells. “Why you running water through rice?! You’re ruining the rice! First, you use colander to dry the rice and then you put water. Then why bother drying the rice.”

“Who cook rice like this? How did this woman get on BBC food?! They never asked Uncle Roger. Uncle Roger teach master class on making rice,” he jested.

‘Fugitive of week’ found asleep on porch, US Marshals report

Read Next
Lara Quigaman looks elegant in her ‘last’ maternity shoot
EDITORS' PICK
Every Filipino home can now be a smart home with realme TechLife
PLDT Home Prepaid WiFi customers now under the care of Smart
Nestlé Philippines’ ‘NESCAFÉ Plan’ bags Grand Anvil at PRSP 56th Anvil Awards
Wesley So officially a US citizen
‘Pilgrim of peace’ Pope Francis heads to war-scarred Iraq
WHO: Arrival of vaccines in PH ‘a powerful step’ towards economic recovery, normalcy
MOST READ
Kris Aquino dispels rumors on son Josh getting married, thanks Ogie Diaz for defending him
LTO’s P500-M deal for screws draws scrutiny
Wesley So officially a US citizen
Ginebra trades Slaughter to NorthPort for Standhardinger
Follow @IBiongINQ on Twitter
Don't miss out on the latest news and information.