WASHINGTON — US rap queen Nicki Minaj delighted fans Monday when she announced she was pregnant. 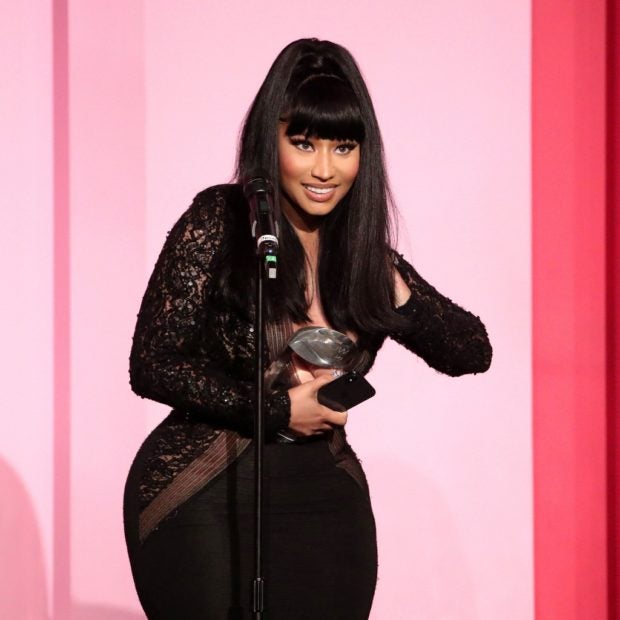 Minaj, 37, shared a photo on her Instagram of her in a bedazzled bikini and matching towering stilettos, holding her baby bump. She simply captioned the image, “#Preggers.”

The wildly successful rapper shared a series of other highly stylized pregnancy photos on Instagram and on Twitter.

“Love. Marriage. Baby carriage. Overflowing with excitement & gratitude. Thank you all for the well wishes,” she wrote on another Instagram post, alongside an image of herself in the same bikini and heels lounging on a pink couch.

Minaj had teased her pregnancy in May, jokingly tweeting that she was experiencing some pregnancy symptoms such as nausea and asking her fans, “Omg what do u think this means guys????”

She also told a fan who asked her to share baby bump photos that “the world ain’t ready yet.”

This will be Minaj’s first child.

The provocative singer, known for hits like “Super Bass,” is married to music executive Kenneth Petty. She announced their union on Instagram in October, surprising her 119 million followers.

Minaj had already shocked fans in September by announcing her retirement from music, saying she was going to focus on family.

She later deleted the tweet announcing she was stepping away from music and explained in interviews over the next several months that she had changed her mind and would release new music.

The Trinidadian-born rapper and actress grew up in New York City.