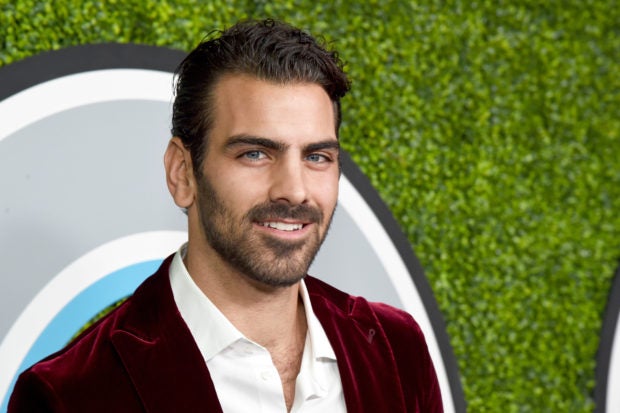 Nyle DiMarco at the 2017 GQ Men of the Year party at Chateau Marmont in Los Angeles, California (Image: AFP/Getty Images for GQ/Michael Kovac)

Deaf model and actor Nyle DiMarco is set to star in an upcoming comedy show centered on his personal experiences.

The project will also focus on the experiences of the Deaf communities in the United States, as per Deadline yesterday, July 14.

The upcoming comedy has been sold to American telecommunications company Spectrum, which also develops original series.

Following the report, DiMarco spoke of the project on his own Instagram page yesterday, stressing that he was “very excited.”

“Can’t wait to star in it and share my Deaf world with you all,” he said.

DiMarco rose to fame after winning “America’s Next Top Model” in 2015. He also starred in an independent film produced by American Sign Language Films called “In the Can” prior to joining the competition.

The Deaf celebrity is known too for his roles in other series such as “Switched at Birth,” “Difficult People” and “Station 19.” Meanwhile, Kim portrayed Detective Chin Ho Kelly in the long-running crime series “Hawaii Five-0.” Ryan Arcadio  /ra

What the Deaf want the hearing to know

Read Next
Lolit Solis defends Alfred Vargas for inhibiting from voting on ABS-CBN franchise
EDITORS' PICK
High inflation: Your P1 is now worth only 87 centavos
UK’s Boris Johnson will resign, BBC reports
High-risk pregnancy: Reducing your risk is in your hands
Geek out at TOYCON 2022 powered by Smart Signature
House energy committee chair Arroyo bats for cheap electricity
Unemployment rate up to 6% in May
MOST READ
Suspect in grisly killing of missing woman in Bulacan arrested
Kim Atienza’s daughter flaunts bikini body in response to critics of her ‘revealing photos’
Japanese artist who created ‘Yu-Gi-Oh!’ found dead in the sea
FDA probes popular Filipino noodle brand for ‘high level of ethylene oxide’
Don't miss out on the latest news and information.