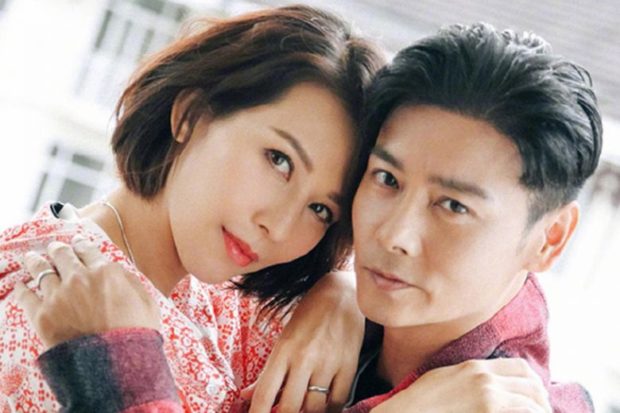 SINGAPORE — Chinese actor Max Zhang was not the one to broach the subject of marriage. It was his wife, Hong Kong actress Ada Choi, who did so.

In the latest episode of Chinese reality show Viva La Romance (2018 to present), Choi, 46, reminisced about her wedding to Zhang, 46, in 2008. The couple first met while filming the television serial The Paradise in 2003.

Choi said she felt on her wedding day that she had found someone to accompany her through the ups and downs in life.

And Zhang disclosed that it was she who broached the issue of marriage and said she would break up with him if he did not marry her.

He said on the show: “We had been together for four years and Ada said: ‘I don’t have much time. Either we get married or we break up.’ She asked me to consider it, as I felt at that time a man should have a successful career before marriage.”

The actor thought over it and realized there was no conflict between career and marriage.

“I would continue to work hard after marriage and told Ada we could marry now,” Zhang added.

Choi, known for her roles in dramas such as The File of Justice V (1997) and Armed Reaction III (2001), was already an established TVB actress before she got married.

He and Choi have three children – daughters Zoe, nine, and Chloe, seven; and a son who was born last November.