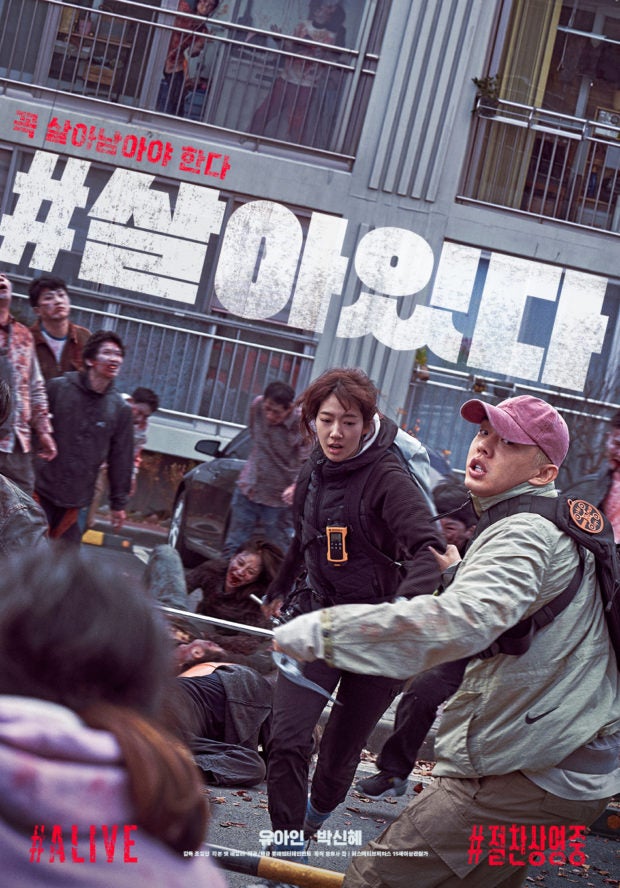 SEOUL — A total of 409,544 people visited local cinemas on Saturday, surpassing 400,000 for the first time in over four months since the COVID-19 outbreak earlier this year.

The Korean Film Council provided discount vouchers for tickets from Thursday through Sunday in the first three weeks of this month. As the number of moviegoers during the three-week event period jumped by 37 percent compared to the total figure in May, the government agency extended the event for another week, ending on Sunday.

With films such as “Innocence” and “Intruder” kindling the reboot, new commercial titles that have been absent in cinemas between March through May also played a part in luring audiences back to cinemas.

Crime drama “Innocence,” which opened on June 10, became the first Korean film to exceed 500,000 viewers since the virus crisis and was soon outperformed by zombie thriller “#Alive,” which attracted more than 200,000 people on its opening day on Thursday. Staying atop the box office ever since, “#Alive,” featuring actors Yoo Ah-in and Park Shin-hye, sold over 800,000 tickets in four days.

As the KOFIC’s discount measures closed on Sunday, however, it remains uncertain whether the rebound will continue in the coming weeks. The daily figure of moviegoers from Monday through Wednesday — when the discount vouchers were not applicable — has mostly ranged between 40,000 and 80,000.

Even amid such continuing concerns, tentpole films from major film companies have confirmed their releases in the coming months.

Next Entertainment World has confirmed the July 15 release of the film “Peninsula,” one of the most-anticipated flicks of the year and a sequel to smash-hit “Train to Busan” (2016). Although the exact opening date has not been confirmed, Lotte Entertainment’s “Steel Rain 2: Summit” has scheduled a promotional event on Thursday, ahead of the film’s release slated for early August. Crime-actionmovie “Deliver Us From Evil” from CJ Entertainment is also expected to hit theaters in early August, followed by the firm’s musical film “Hero” opening later in the season.

Read Next
‘It’s about all of us’: Catriona Gray urges allies to fight with LGBTQ+ community
EDITORS' PICK
How Filipinos are embracing digital technology amid the coronavirus pandemic
DOH expands list of workers for priority testing
Water remains our saving grace right now
Palace: Gov’t can force quarantine for mild cases
Enrollment drops more than 25%
Win the Samsung Galaxy S20+ BTS Edition at the Smart K-Quiz Night on July 18
MOST READ
Metro Manila stays under GCQ until July 31
ABS-CBN to start retrenchment by end of August, as franchise remains elusive
Defensor dares Tañada to public debate on ABS-CBN franchise issue
Enrollment drops more than 25%
Don't miss out on the latest news and information.