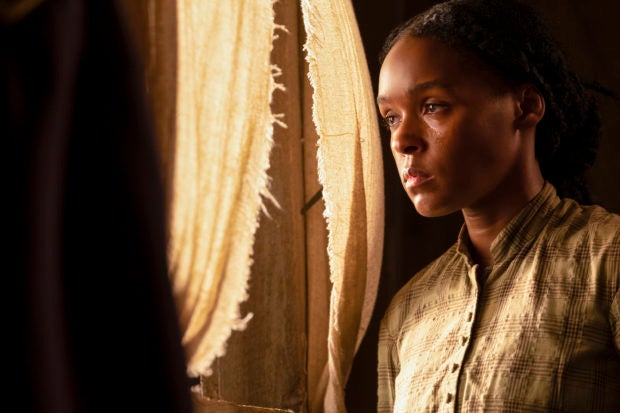 This image released by Lionsgate shows Janelle Monae in a scene from “Antebellum”. Image: Lionsgate/Matt Kennedy via AP

NEW YORK (AP) — Back in March, filmmakers Gerard Bush and Christopher Renz gathered their artist friends and a few journalists at Manhattan’s members-only social club, Soho House, for a screening of their first feature-length project, “Antebellum”.

They wanted a constructively critical reaction ahead of the planned spring release of the film — a psychological thriller about a Black woman who finds herself trapped in a pre-abolition past. Bush, who is Black, and Renz, who is white, hoped the project would contribute to a national reckoning over the legacy of slavery and white supremacy in the United States.

“To witness how truly moved they were by the film, some even to tears, was the very first time we realized the potential impact ‘Antebellum’ will have on society and the long-deferred conversations that need to be had on race in America,” said the filmmakers, who wrote, directed and produced the project.

Then, the coronavirus pandemic exploded internationally.

Once the virus seized up the economy, forcing the closure of movie theaters and all but pushing Hollywood film studios into a mad dash to salvage elaborate release plans, Bush and Renz pulled their film. They said they didn’t want what was intended to be a big theatrical film relegated to a streaming platform, as several movie studios did last spring.

For Bush and Renz, patience may have proven to be a virtue. 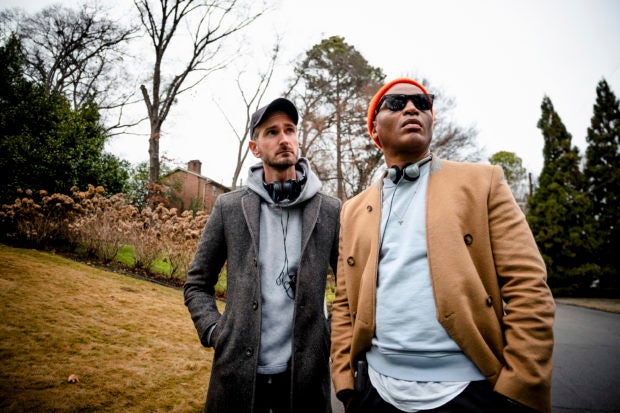 Co-writer/directors Christopher Renz, left, and Gerard Bush on the set of “Antebellum”. Image: LionsgateKyle B. Kaplan via AP)

As many movie theaters reopen in the coming weeks, “Antebellum”, set to be released Aug. 21 by Lionsgate, will debut during the height of a reckoning in America when people are increasingly showing a hunger for works that light a path toward racial justice. Driven in part by nationwide protests over the recent deaths of Black people at the hands of police and vigilantes, it’s a moment that positions “Antebellum” as the only summer release that speaks both to the moment and to the broader movement to defend Black lives from entrenched, systemic racism.

“We’ve always believed that 2020 would usher in a brand new era that would require a new type of filmmaking. … We had no idea just how prescient that would prove to be,” Bush and Renz told The Associated Press in a series of interviews and emails since the March screening.

“Antebellum”, starring singer and actress Janelle Monáe, plucks the legacy of American slavery out of the past and places it squarely in the present — in a politically divided nation where Confederate nostalgia and white supremacist violence wreak havoc on Black life. The film follows successful Black book author Veronica Henley, played by Monáe, on a quest to destroy the vestiges of that legacy.

If that sounds eerily similar to present-day America, it is mere coincidence, Bush and Renz said. Over the last month, protests sparked by the death of George Floyd, a Black man who died May 25 after a white Minneapolis officer held a knee to his neck, have given way to the removal of Confederate monuments, building name changes at public and private schools, and the shedding of racist caricatures from food packaging.

Everyday Americans, Black and non-Black, are in the streets demanding seismic policy shifts in policing and the criminal justice system. It’s a consequence of having never reckoned with America’s original sin, Bush said.

“We intend to wake people up from the daydream that a superhero is coming to save us,” he said. “Only we, meaning humanity, can save us from ourselves.”

Monáe played a supporting role in last year’s “Harriet”, a biopic about the abolitionist Harriet Tubman, and she won critical acclaim for her role in the Academy Award-winning film “Moonlight.” In “Antebellum,” Monáe gives moviegoers a modern Black heroine who takes charge of her own liberation without a male-dominated cavalry.

“I knew that it was something that I needed to do, not just for myself, but for my ancestors and for all of the many Black women I considered to be modern-day superheroes,” Monáe told the AP.

“I hope that (the film) causes those with privilege in this country to have conversations amongst each other, because the topics in this film … are not for Black people to try to fix,” she added.

Monáe had never worked with Bush and Renz prior to “Antebellum”, only learning of them because of their work on visuals that accompanied hip hop mogul Jay-Z’s 4:44 album in 2017. The duo started out more than a decade ago as heads of a creative marketing and advertising firm with luxury brand clients such as Moët, Harry Winston and Porsche.

After the 2012 killing of Travyon Martin, the filmmakers found themselves wondering if they were “just gonna sell champagne for the next 20 or 30 years,” Renz said.

That period of self-reflection led to partnerships with social justice organizations such as Harry Belafonte’s Sankofa.org. In 2016, Bush and Renz directed “ Against The Wall”, a star-studded video campaign to draw attention to racial profiling in law enforcement featuring actors Michael B. Jordan, who starred in the 2013 police brutality drama “Fruitvale Station”, and Michael K. Williams, of HBO’s “The Wire”, as well as activist and CNN commentator Van Jones.

The video shows Black men and women assuming the position, as though they were being stopped and frisked by police, while dispatcher recordings of actual officers describe suspects in racially discriminatory terms. It also included a recording of George Zimmerman’s voice from the day he called police to report Trayvon Martin as a suspected burglar before shooting and killing the Florida teen.

That project was followed by others featuring music releases from artists such as Ty Dolla $ign, Raphael Saadiq and Mali Music on Jay-Z’s TIDAL streaming service. Their path to feature-length films with a racial justice message has been a long time coming, Bush and Renz said.

At times, “Antebellum” uses graphically violent depictions of the inhumane treatment of enslaved people, which in recent films has elicited disapproval from some critics and Black moviegoers who were weary of unimaginative Hollywood slavery films.

Bush and Renz said they want audiences to trust that they have done something entirely different.

“Some within today’s culture are triggered by art, when that is precisely what art is meant to do. We would much prefer you be triggered in a theater and activated to take meaningful, positive action — than all of us continuing to live in an open-air shooting gallery every time we leave our homes,” Bush said.

Even as they anticipate finding box office success with “Antebellum”, Bush and Renz are already at work on their second feature-length script, under a newly formed production company, Gloaming Pictures.

“Not since the ’60s has the call for an artistic revolution been so urgent,” Bush said. “The work is only just beginning.” IB

Store that called police on George Floyd says they won’t do it again, decries police violence