LOS ANGELES—“We’ve been quarantining in London. We arrived just before the lockdown,” Lucy Boynton answered when I asked her how she and her boyfriend, Rami Malek, have been coping in these stay-at-home times.

I also asked Lucy if she and Rami, who played Mary Austin and Freddie Mercury, respectively, in “Bohemian Rhapsody,” have been singing Queen songs at home.

It turns out the couple have indeed been immersing themselves in the band’s music. Lucy, in this video call, shared, “Brian May has been amazing—uploading, especially in the beginning of quarantine, a lot of his guitar solos and a lot of his Queen music. I was definitely enjoying tuning into a lot of that. So we’re still engaging with as much Queen.”

The actress, who has been in a relationship with the Oscar and Golden Globe best actor winner since 2018, said she is glad to have a loving partner to spend the pandemic shutdown days with.

“It’s been such a wild experience taking every day as it comes,” said the British-American actress who made her professional debut as the young Beatrix Potter in “Miss Potter” in 2016. “I’m really grateful to be living with someone so great throughout all of this and be doing it with a partner. I know it must be very difficult to have done any form of quarantine if you’re alone. So, I’ve been very fortunate in my experience of it.” 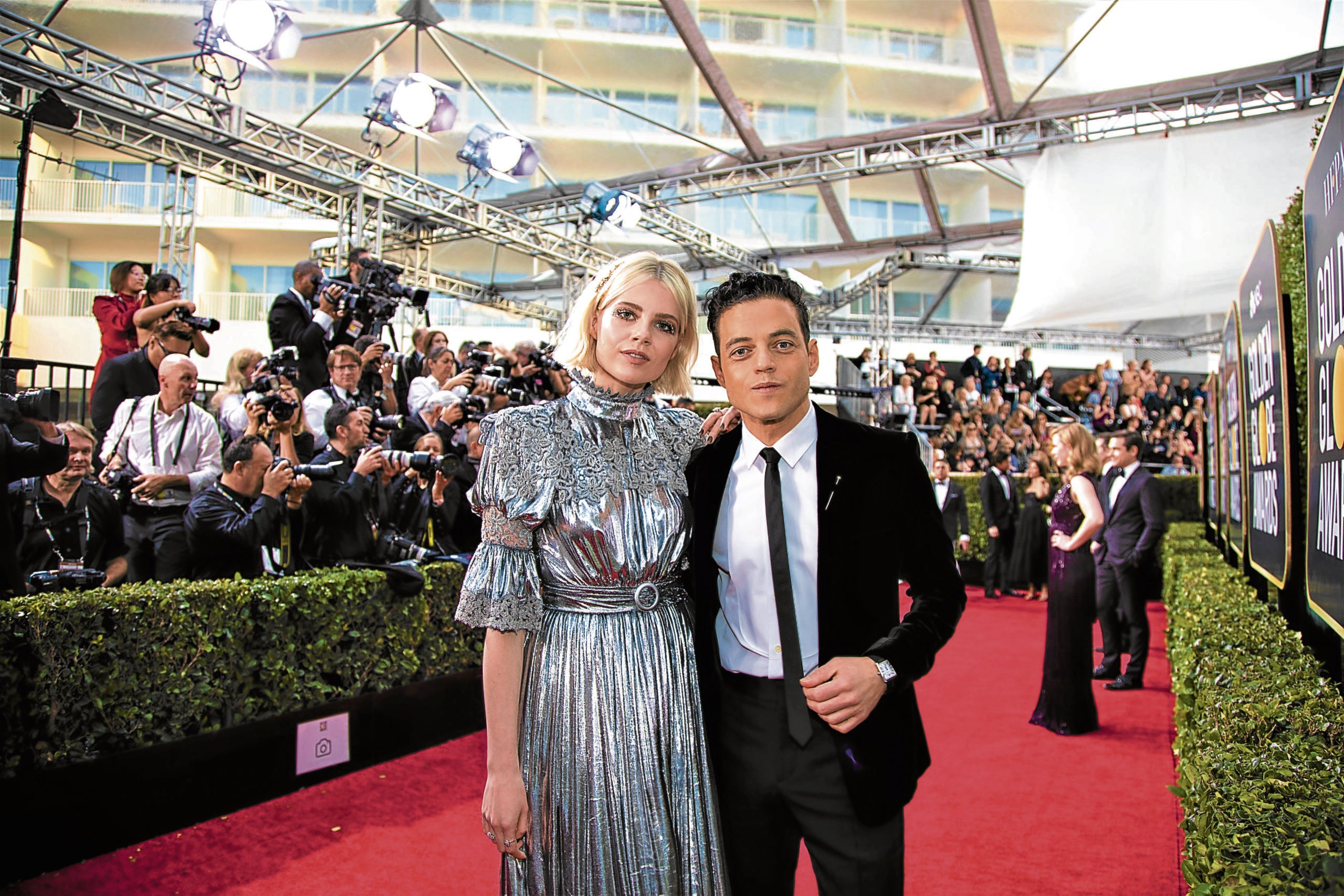 The New York-born, London-raised Lucy added, “I’m lucky because my job is able to continue in some way online throughout all of this. So I’ve been able to handle myself well. Unfortunately, I’m not someone who got involved in the banana bread baking.

“So I have a great appreciation for the world that I really miss. I can’t say I have done much more ambitious exercise than that. But I enjoy walking.”

Lucy returns as Astrid Sloan, the former archnemesis of Payton Hobart (Ben Platt), in Season 2 of Netflix’s “The Politician.” The story of Ryan Murphy’s satirical dramedy has moved from the fictional Saint Sebastian High School in Santa Barbara, California to New York where Astrid now works for Payton, who is running to represent the 27th district in Albany.

Lucy enthused about her costar, Ben, who is 26 like her. “It’s hard to know where to begin with Ben,” she began. “The way that he is so entrenched in the production as a whole as well. And very conscious of how each scene and each moment with his character lends itself to the bigger picture was really interesting to see in progress and in practice.

“And just his management of the linguistics of that beautiful dialogue. It really takes a very specific talent to be able to articulate and manipulate, with no neglect of emotion and impact.

“It is something very special to witness and quite thrilling to watch unfold, especially in those moments where he would deliver speeches from stage. We, as the audience, were as captivated as needed to be.” 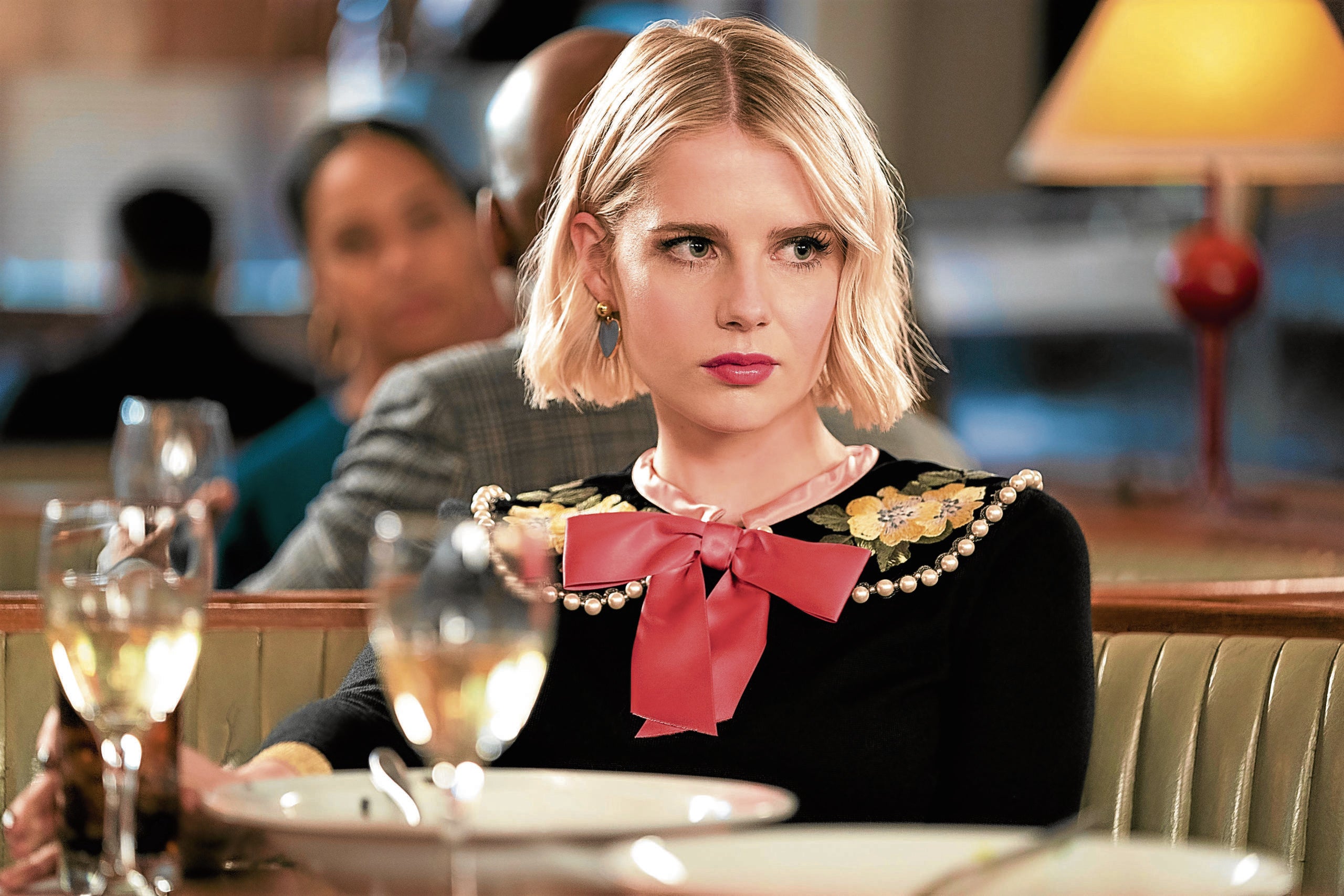 As Astrid Sloan in “The Politician” —NETFLIX

Lucy, whose film credits include “Murder on the Orient Express” (as Countess Elena Andrenyi) and “Sing Street,” laughed when asked what she thinks of Infinity’s (Zoey) zero-waste lifestyle—recycling everything, including drinking water that she used for her shower.

“I don’t know if I can drink the shower water, as it was so well articulated by Ben’s horror in the show,” Lucy quipped. “And the way that Infinity presents it, it’s definitely a much more intense commitment than what we’re usually familiar with. I can’t say that I would be as devout as Infinity, but I would definitely aspire to get there, minus the shower water.”

As for her own interesting scene milking an animal, Lucy chuckled again as she pointed out, “It was a new experience both for me and the sheep. They were obviously fake udders attached to the sheep as the more humane way of doing that. I’m happy to say that it was not something that I went method on, and not something that I need to revisit anytime soon. I’m very grateful for all the new skills that this job gives me access to. That is not one that I will be pursuing more of.”

On now being part of the Ryan Murphy Cinematic Universe—RMCU, if you will—Lucy answered, “It’s a real privilege to be part of that world. And especially during this period of time when the industry, in every small and large scale, is trying to be much more self-aware and [people] hold themselves much more accountable for the stories that they’re telling. It’s a real privilege to work for someone like Ryan who has always tried to be at the forefront of really listening and engaging with people and trying to understand how to tell everyone’s experience. 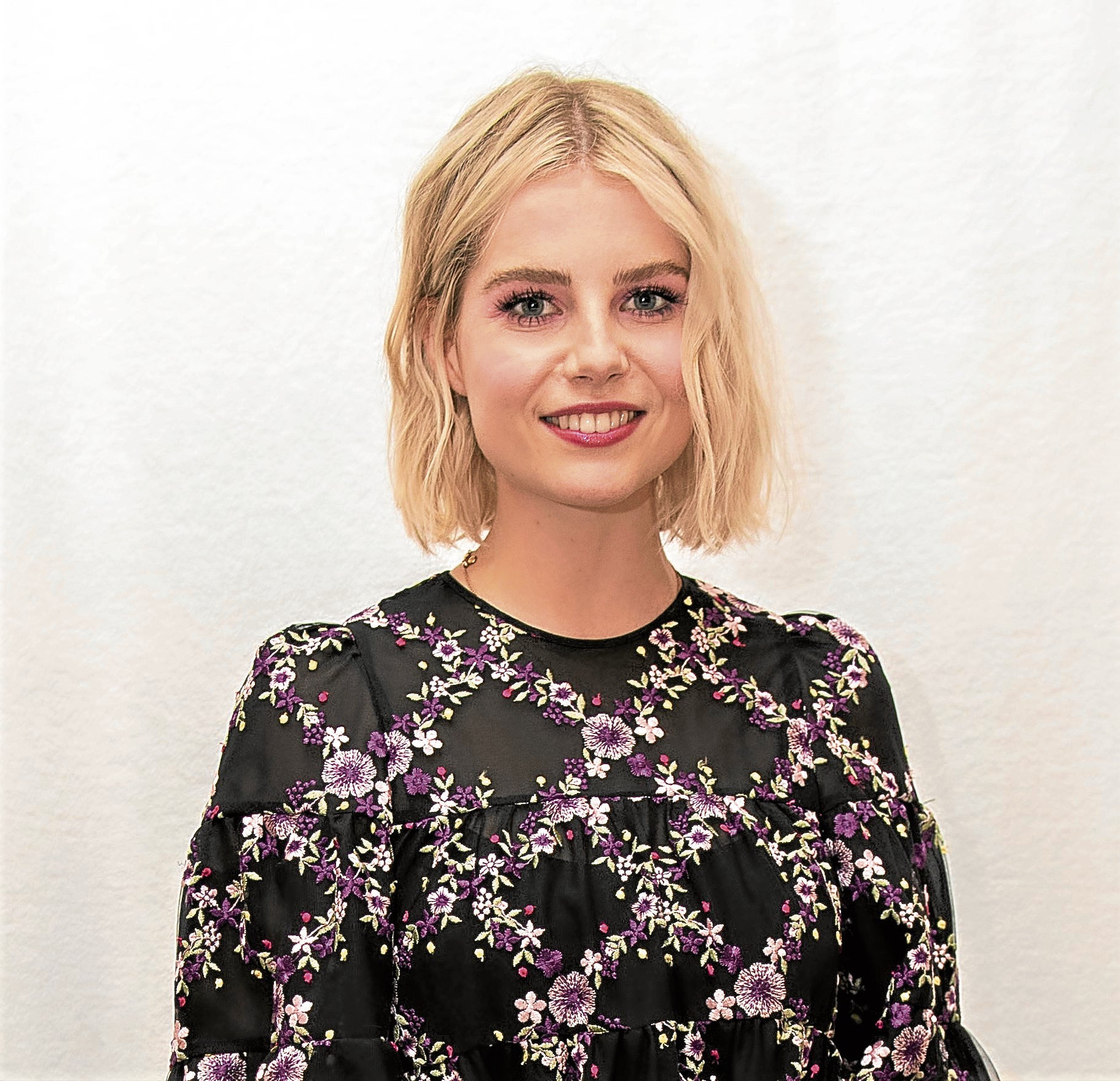 Looking ahead, watch out Rami—Lucy will star in a biopic of another iconic rock singer, Marianne Faithfull.

“It’s definitely been an education,” Lucy said about researching on Marianne, who is best known for the hit, “As Tears Go By” and was one of the female singers who led the so-called British pop invasion in the United States in the ‘60s. Marianne, who wrote the autobiography on which director Ian Bonhôte’s film is based, was in a high-profile relationship with Mick Jagger.

“I was very much more aware of her as a symbol,” Lucy said of Marianne, now 73. “And obviously an icon of the ‘60s, and someone who was at the epicenter of rock ‘n’ roll …

“But I didn’t know the much more in-depth information that I’m now researching. I’m now looking into all of her interviews and just the contrast between the way that she was portrayed by the media and the way that she expresses herself and who she is. It is something that I’ve been especially interested in investigating but it’s been a really fun education. I’m very excited.”

Lucy smiled on hearing that her career seems to be aligned with music. “It does seem that way because of the projects I’ve been doing. Especially since ‘Bohemian Rhapsody’; and ‘Sing Street’ seem to be a highlight of my career. I think it is. It was really ‘Sing Street,’ the film by John Carney, that allowed me to understand the significance of music as this universal language and a way of connecting human to human universally.

“That no matter what you feel, you are definitely not alone because somewhere, somehow, someone has written lyrics that are perfectly articulating that. So that film was a great education on the power of music.”