Curious as to how your fave celebrities now look after three months of home quarantine?

Eight Kapamilya artists bared their lockdown looks in their own photo shoots—sans makeup artists and stylists to help glamorize them. They shared their pictorial concepts and the challenges of doing the project in a recent Zoom press conference to launch “Lockdown Portraits,” featuring various Star Magic talents. (See their individual stories here.)

The portraits come in three volumes with the first and second to be released online on June 24 and June 28, respectively. The third and special volume will be available on July 5, and will feature ABS-CBN’s most popular love tandems. Visit Star Magic’s website (starmagic.abs-cbn.com) to see the full gallery.

“Lockdown Portraits” is part of Star Magic’s “Love From Home” campaign, which aims to raise funds for the Kapamilya network’s “Pantawid ng Pag-ibig (Isang Daan. Isang Pamilya.).” It encourages Filipinos to donate P100 to ease the hunger of a family during this community quarantine.

As of May 31, the “Pantawid ng Pag-ibig” campaign already received over P400 million worth of donations, which were used to buy food and basic necessities for families greatly affected by the quarantine in Metro Manila, Bulacan, Cavite, Laguna and Rizal. 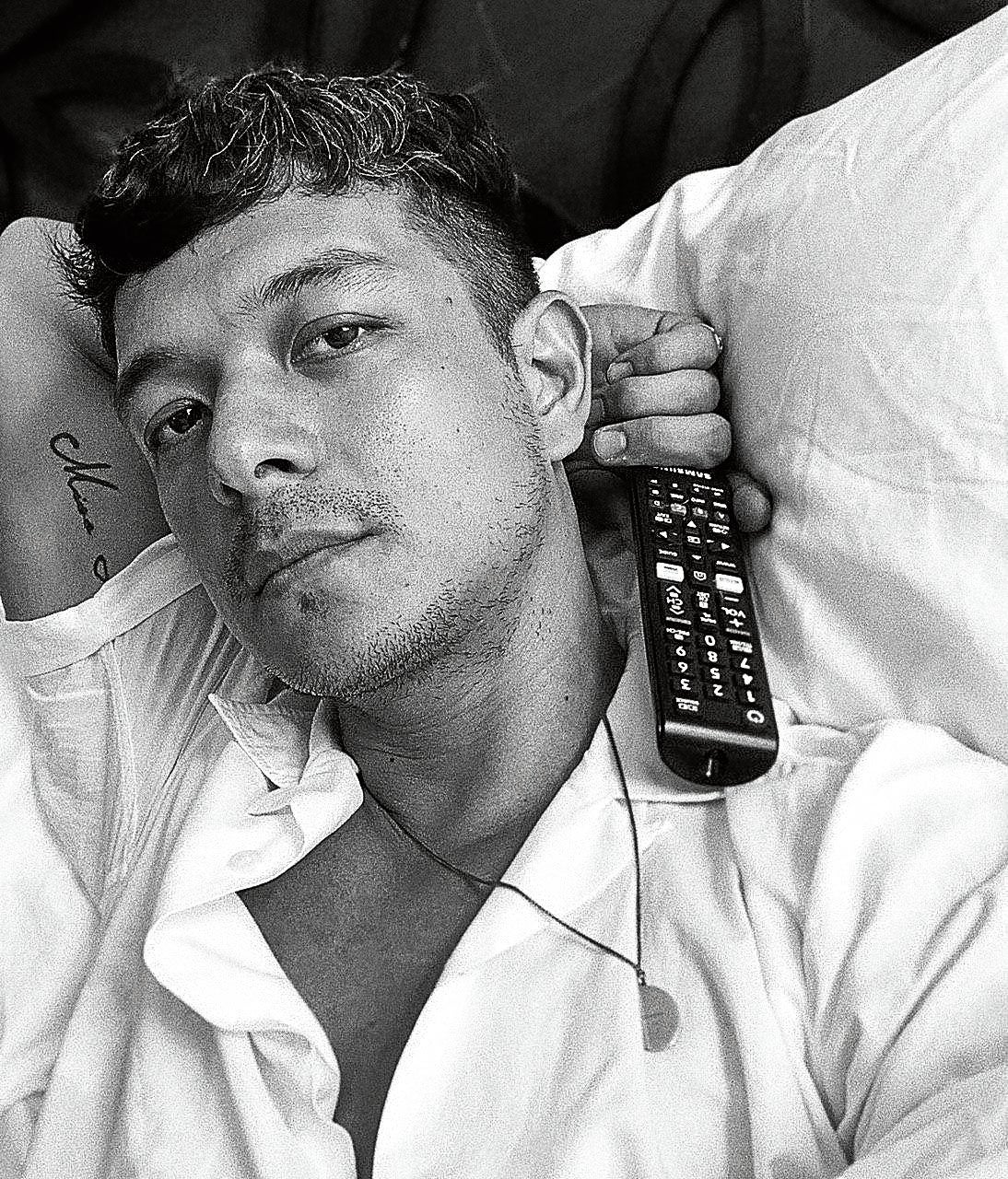 “I’ve always had this tendency to overthink. I’m really a feelings guy. When I got the instructions to do my own photo shoot for the catalogue, I couldn’t move. It happened at a time when I was really down and couldn’t be creative. What I did was take selfies, mostly in the bathroom and anywhere in our dressing room.

It (photo concept) is about an artist who wants to go out but is reluctant to do so, and in the end chose to just stay home, instead. With the help of an editing app, it worked.” 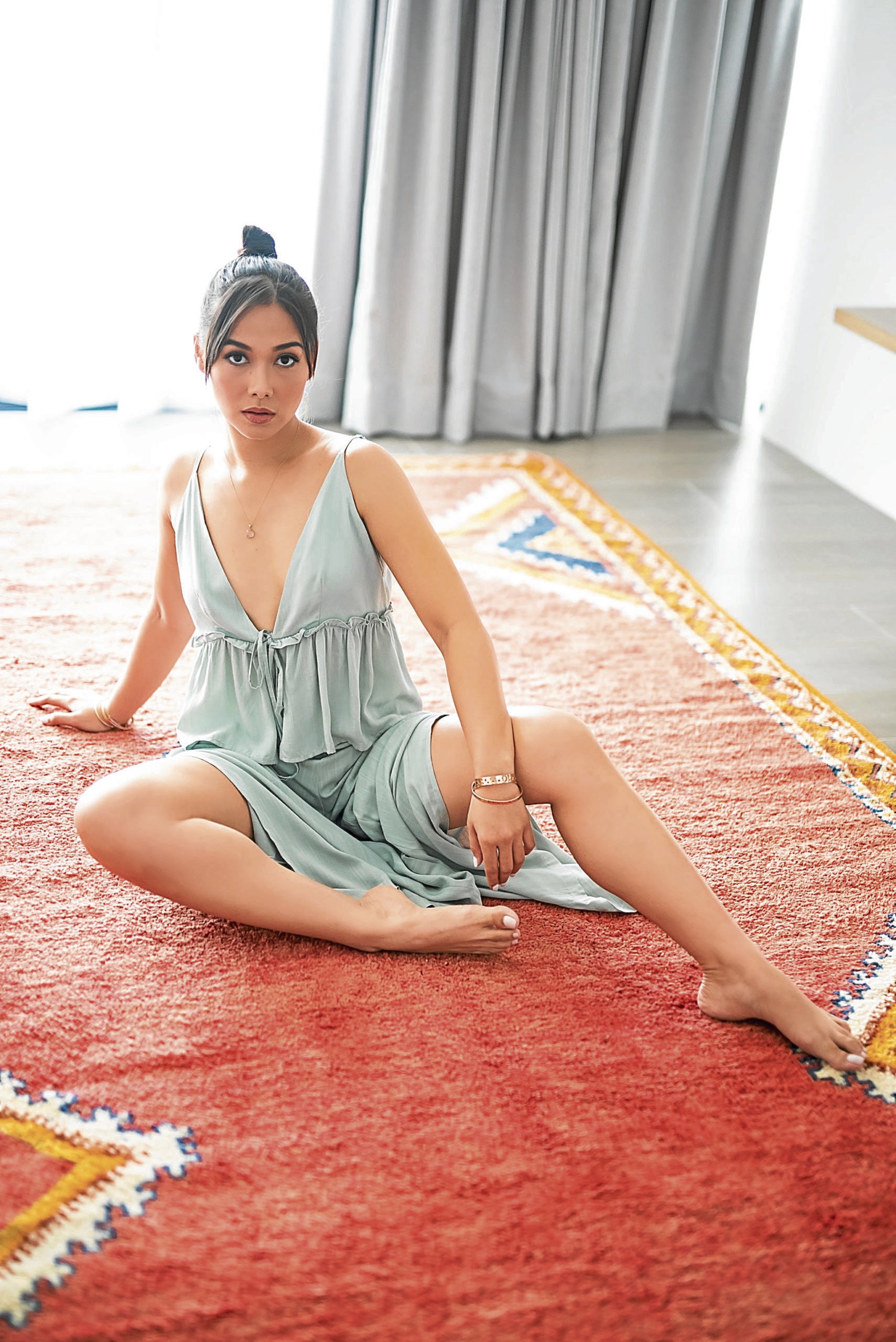 “They told me to do the shoot in the house. I said, ‘How’s that possible when I’m stuck in Palawan and away from my house?’

I was lucky because Yanee, the sister of Rambo (Nuñez, her boyfriend), was nice enough to lend a carpet that I used for the shoot. They also know of a friend who is a photographer, who came over to help me with the shoot. Another problem was that I didn’t have suitable clothes to wear so I asked my assistant to buy some for me at the mall. She became my stylist.” 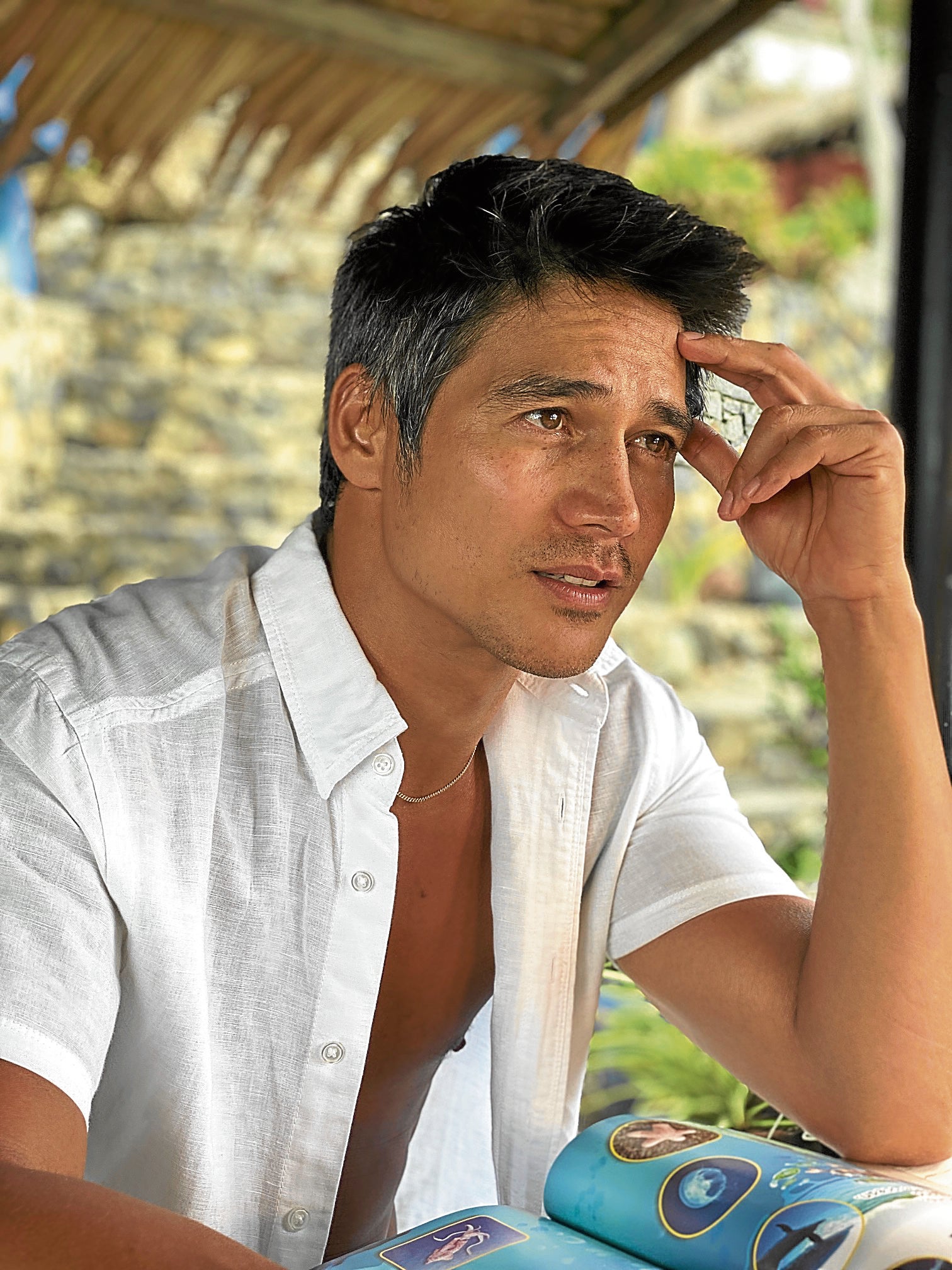 “I had to be in shape (because he had to go topless). It took me a couple of days to prepare for that. We used two cameras. I went down by the seashore and sat on one of the rocks there (in Mabini, Batangas). The shots were very raw. This project really brought out the creativity in everyone.” 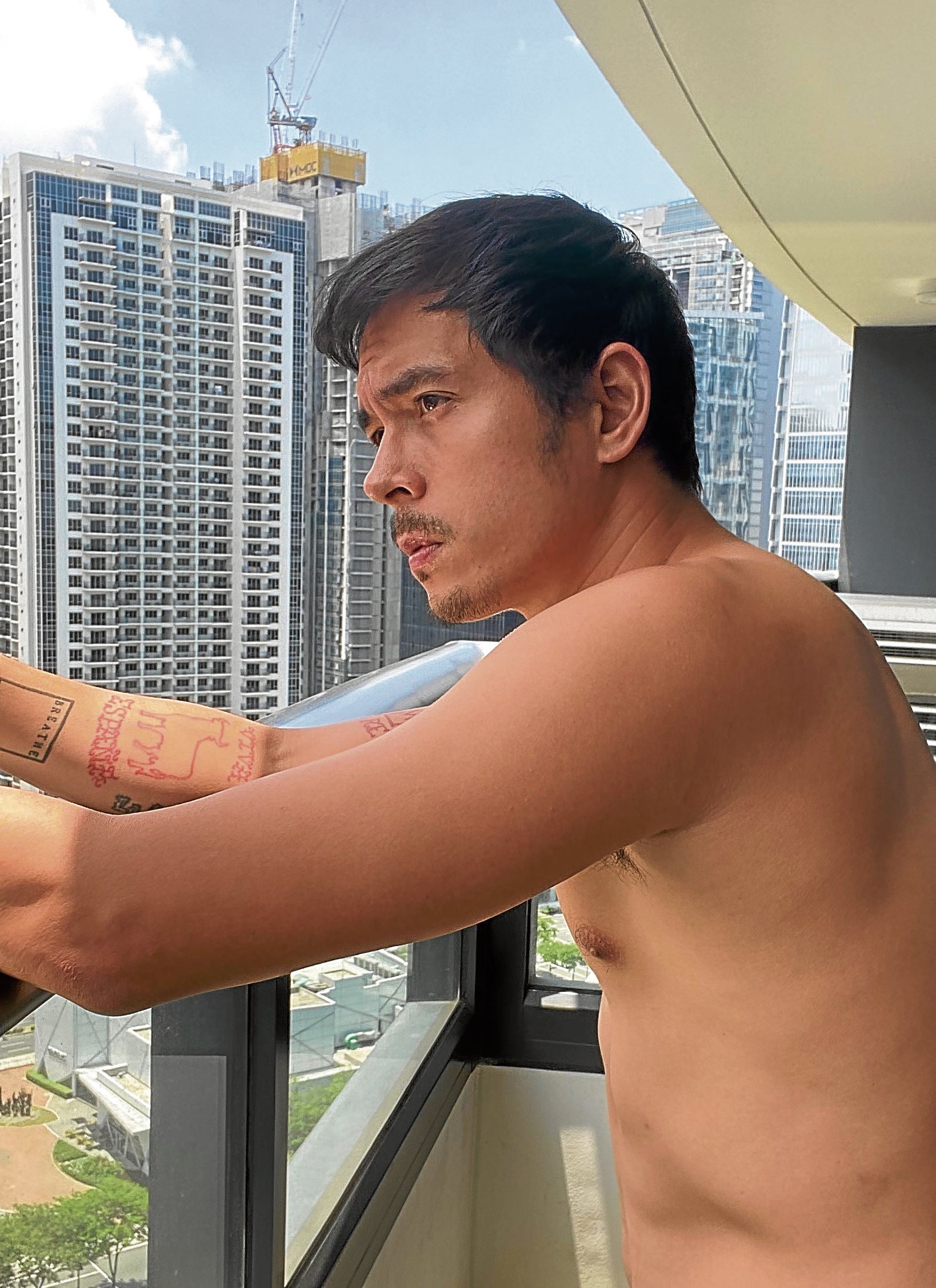 “I didn’t like how I looked. I didn’t shave and my hair was a mess. Later, I decided that I’d just show how I was like during the quarantine. I said I’m just gong to try to be as raw as I can, show how I truly feel at that moment. You can probably still see a residue of my character in ‘Love Lockdown’ in the photos.” 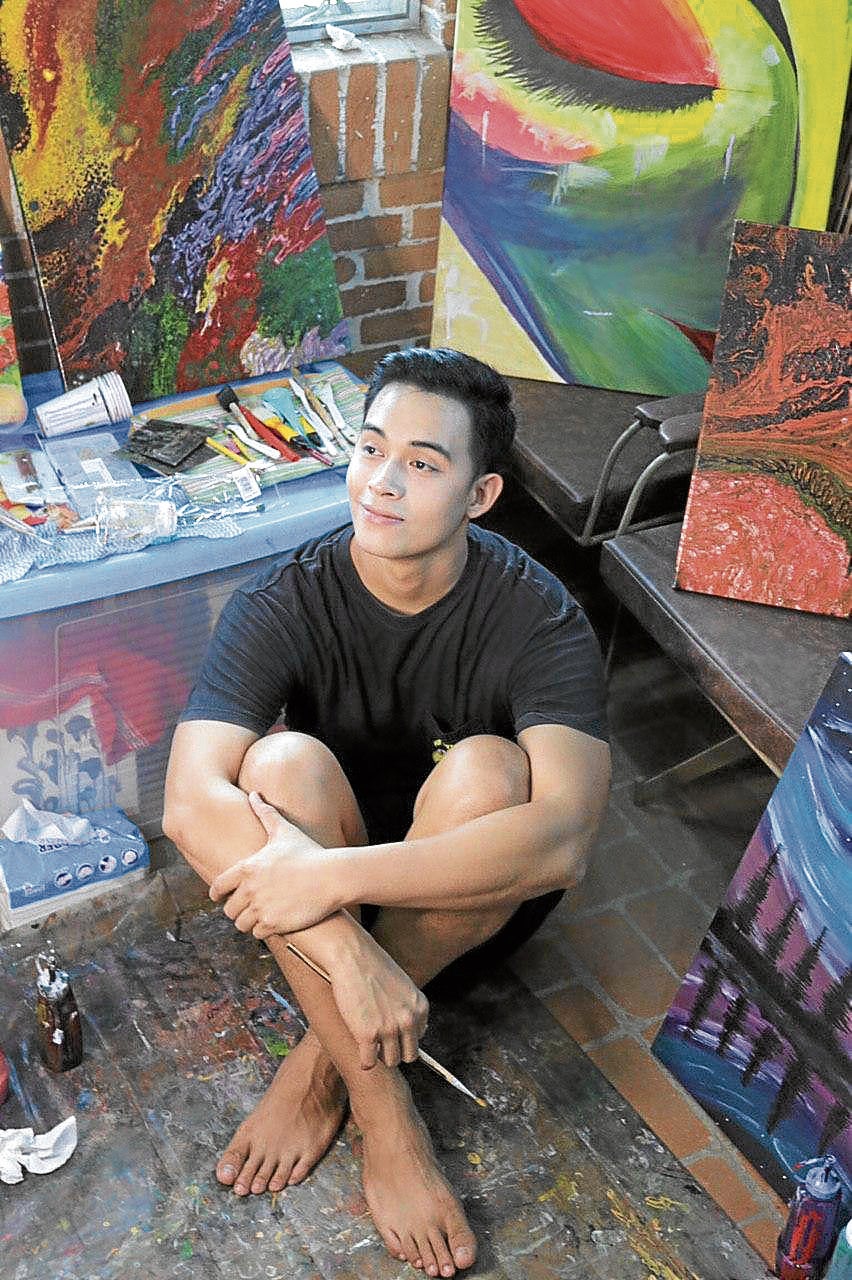 “During the lockdown I was into playing (the first-person shooter video game) ‘Call of Duty,’ so that became my concept. For the other layouts, we (he and mom, actress Teresa Loyzaga) waited for the time when we could already step out of the house and took some shots there of me in an old jacket and white shirt. May pa-muscle ng konti. Whatever we could think of, we made it work. What was really tough was having to direct my mom, instruct her on how to hold the camera and which angle to shoot.” 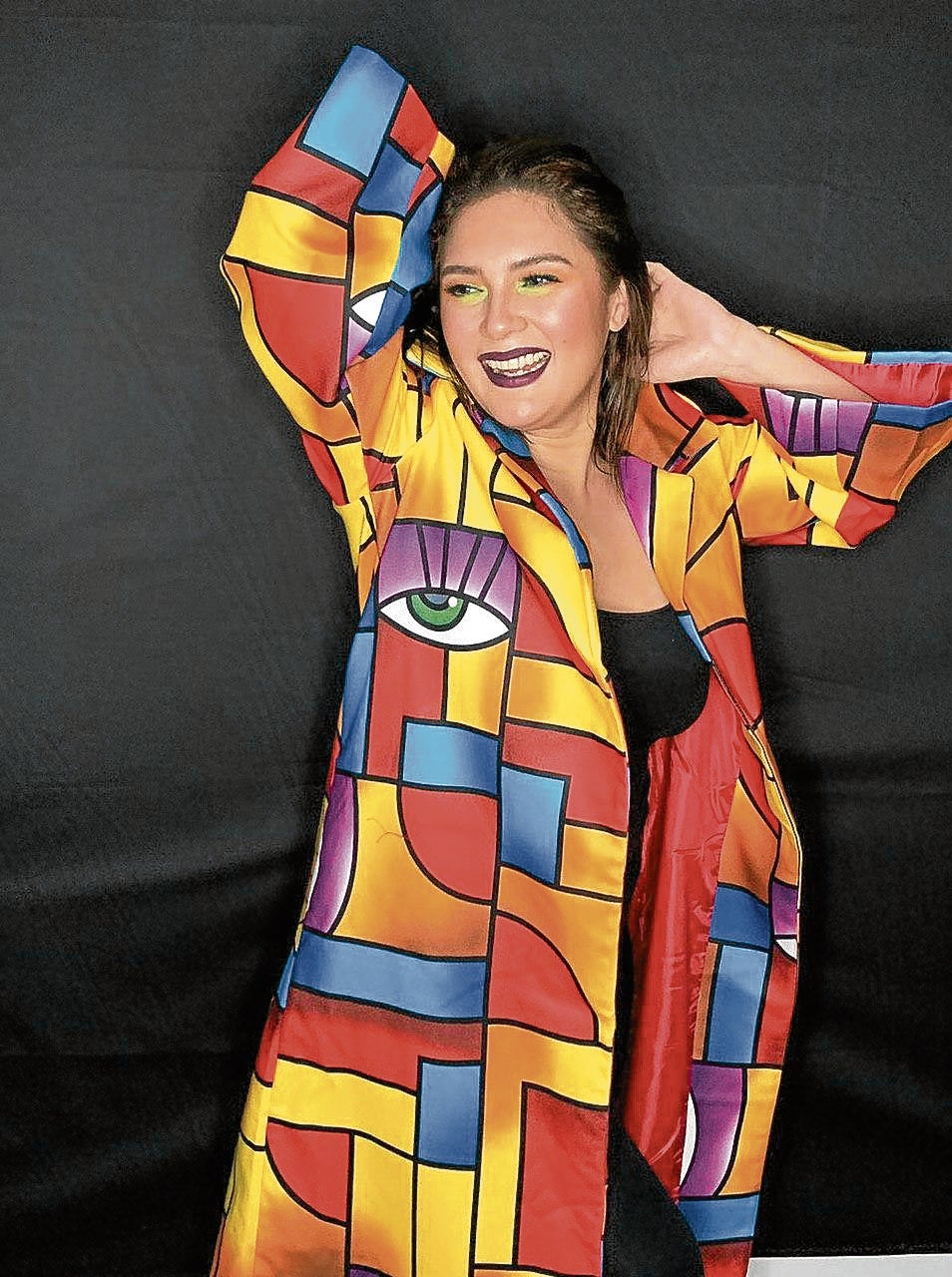 “I didn’t have a hard time because I’m used to doing my own makeup. I couldn’t find a suitable place to shoot in the house for my ‘glam look’ so I used my bed’s black headboard. I also decided to take photos by the pool for my ‘fun and colorful look.’” 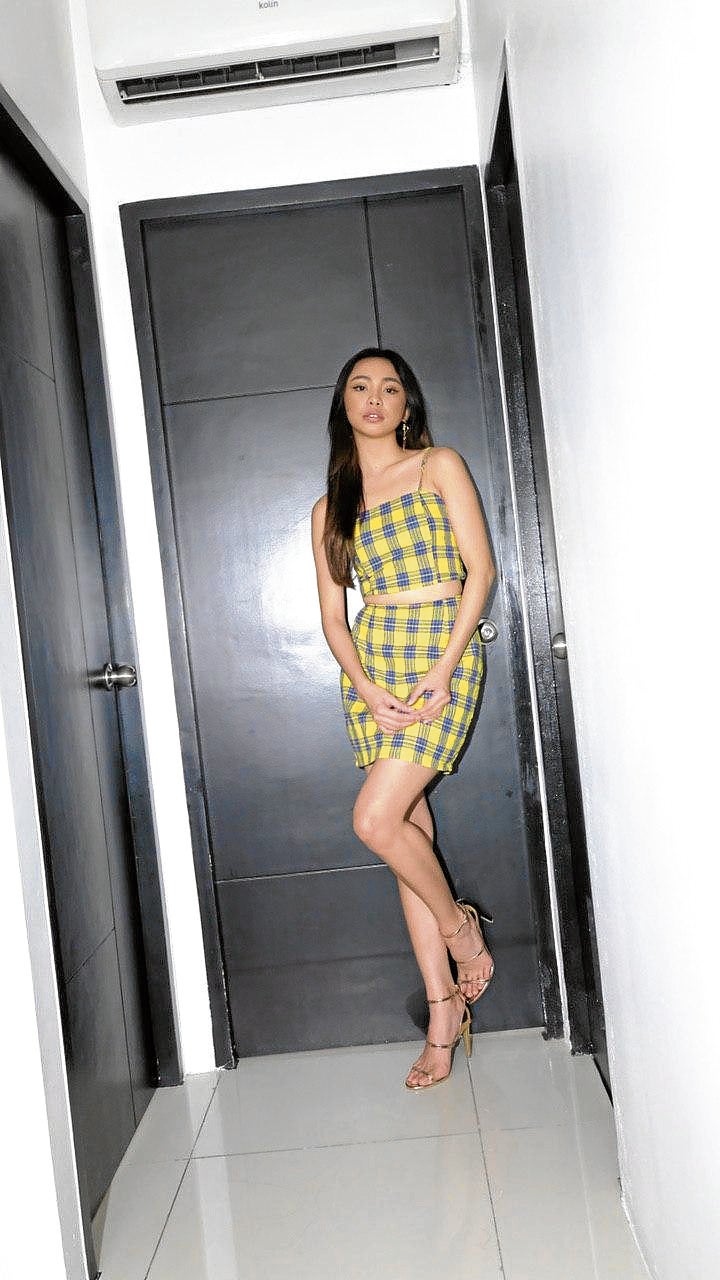 “It took us until midnight to finally achieve the photos I had envisioned [of myself at the fire exit]. I’m so lucky that [my assistants] were very patient with me. We were able to send six photos. It was tough to be your own lights man and stylist.” 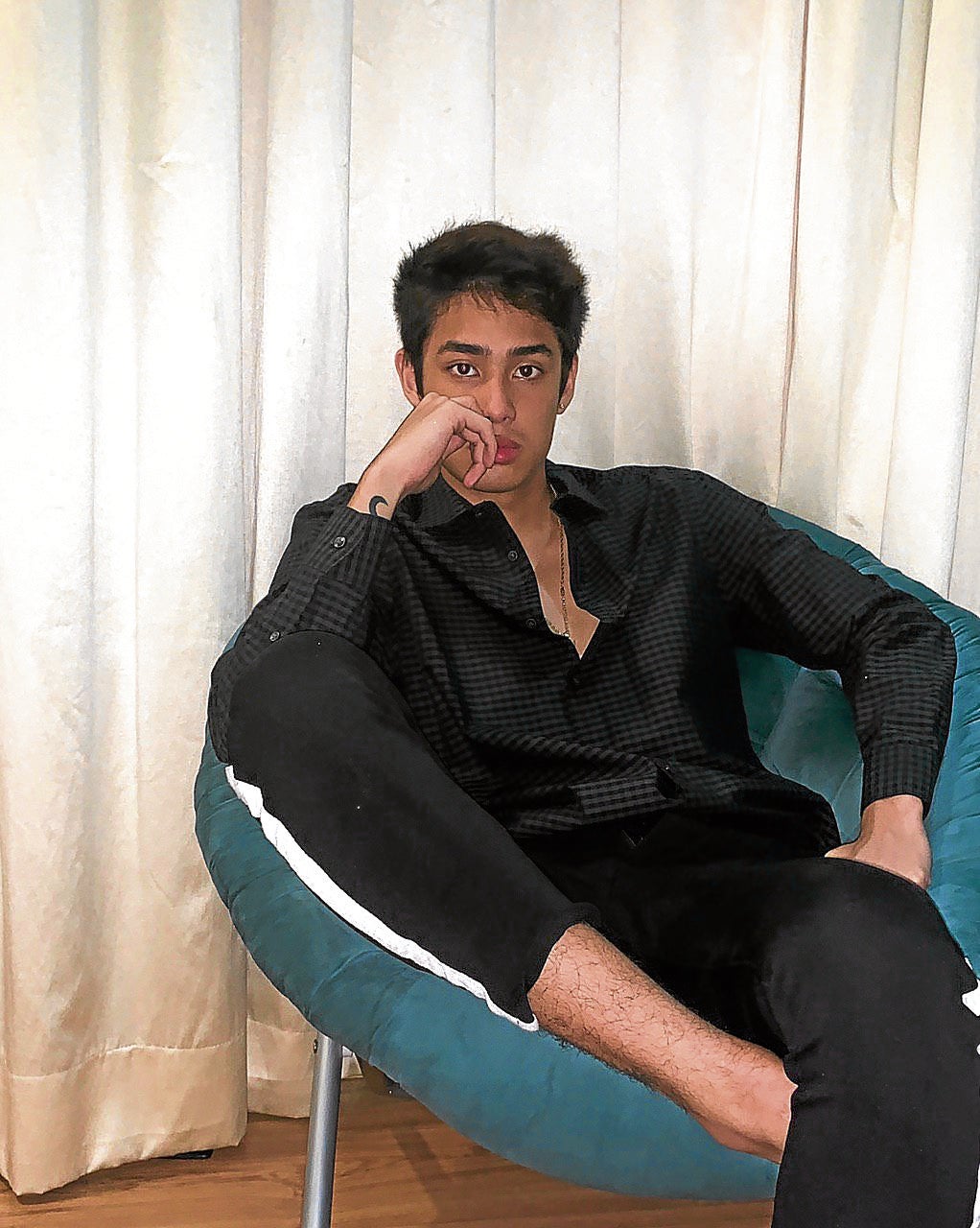 “We (he and younger sister Solana) just used my cell phone because we don’t have a professional camera at home. The cool part was that it was Solana who directed the shoot. I sent a photo [to Star Magic] with me wearing a long-sleeve shirt for my ‘going-out look,’ and another with me in a basketball jersey and face mask.”