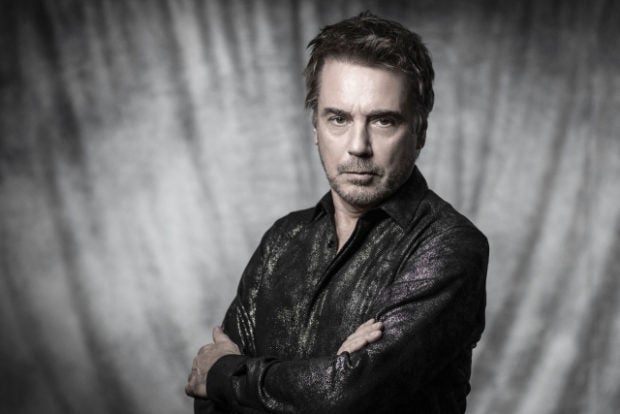 French electronic music legend Jean-Michel Jarre told Agence France Presse Wednesday that he is going to perform the world’s first “avatar” concert — “like in ‘The Matrix’.”

The veteran star will play live on Sunday in a virtual universe created for the French midsummer Festival of Music where he will be joined by “the audience as avatars who will be totally immersed” in his musical world.

Jarre said the concert will be one step beyond the lockdown concert performed by the United States rapper Travis Scott inside the shooter game Fortnite in April, which was watched by more than 12 million players.

“Everything will be done live,” Jarre told AFP, whereas with “Fortnite it was pre-recorded in a universe that already existed.”

“Here it will be total immersion in a space that we will be creating live, like in ‘The Matrix’,” he said, referring to the cult 1999 sci-fi film.

The 71-year-old said the concert will last 45 minutes and promised that there would “be interaction with the public. It is up to us as artists to invent,” said the electronic pioneer whose 1976 album “Oxygene” became an international hit, selling over 1.75 million copies in France alone.

The concert called “Alone Together” will be streamed free in augmented reality at 9:00 p.m. Paris time Sunday on all major platforms thanks to help from the French ministry of culture.

It will also be available on Jarre’s website and that of the French startup that helped create it, VRrOOm.

Jarre, who is also head of the International Confederation of Societies of Authors and Composers, said musicians were suffering across the world and “we have to stop thinking that music is free like the air we breathe.”

He said streaming platforms “are the only people to have made money during the lockdowns on the back of the virus” while performers have been suffering.

While the musician has prided himself as being a tech prophet, he argued that “augmented reality will never replace a live concert, but it can complement it.”

“You can compare it to theatre with the arrival of cinema,” Jarre said. RGA

Read Next
LOOK: Bea Alonzo gets creative with baking homemade doughnuts
EDITORS' PICK
Metro Manila posts lowest temperature yet this ‘amihan’ season at 19°C
Over 3 Million worth of prizes to be won at Smart Padala’s SENDali Manalo Promo!
Acer starts the year off strong with the Aspire Vero National Geographic Edition
DOH: 28,471 new COVID-19 cases in PH; active cases now 284,458
On Day 2 of implementation, gov’t says workers now exempt from ‘no vax, no ride’ policy
Gear up and get ready to play with Yamaha Mio Gear
MOST READ
Emma Stone calls Andrew Garfield a ‘jerk’ after he ‘lied’ about his ‘Spider-Man: No Way Home’ appearance
LOOK: Edu Manzano, Cherry Pie Picache enjoy Palawan with her son Nio Tria
Unvaccinated has rights but it has limits—DOJ
Retirements prompting major reshuffle in PH military
Don't miss out on the latest news and information.