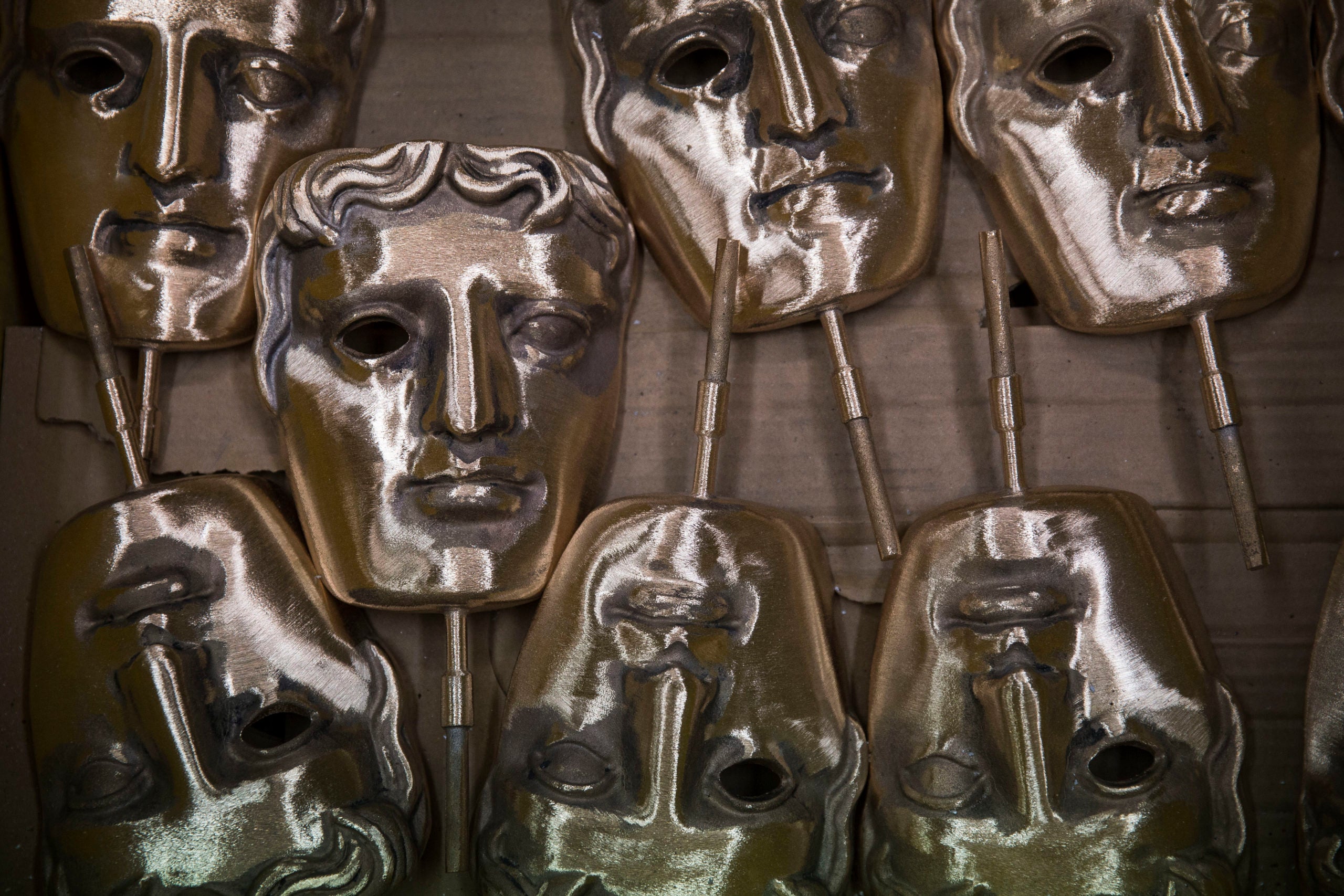 In this Tuesday, Jan. 31, 2020 file photo, bronze alloy masks lie in a foundry in West Drayton, Middlesex, ahead of the awards ceremony in February. Next year’s British Academy Film Awards have been postponed by two months, organizers said Tuesday, June 16, 2020. The move follows a decision by Hollywood’s film academy to shift the 2021 Oscars from February to April because of the coronavirus pandemic. (Photo by Joel Ryan/Invision/AP, File)

LONDON — The 2021 British Academy Film Awards have been postponed by two months, organizers said Tuesday. The move follows a decision by Hollywood’s film academy to shift the 2021 Oscars from February to April because of the coronavirus pandemic.

The British Academy said the awards will be held on April 11, rather than the previously announced February 14. The academy has also changed eligibility rules so that films whose theatrical releases were curtailed or switched to online-only releases will be eligible for consideration.

Film committee chair Marc Samuelson said the new date would “give all films the best possible chance to be released and considered properly.”

Movie theaters in Britain have been closed since March 20 as part of a nationwide lockdown to slow the spread of COVID-19.

The date of the 2022 awards, known as BAFTAs, is being reviewed.

On Monday, the Academy of Motion Picture Arts and Sciences and the ABC Television Network announced that the 93rd Academy Awards will now be held April 25, 2021, eight weeks later than originally planned because of the pandemic’s effects on the movie industry. It’s the fourth postponement in Oscars history.

The British awards are usually held a week or two before the Oscars and have become an important awards-season staging post.