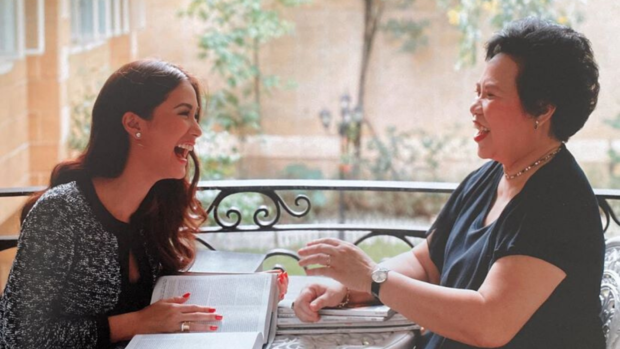 Heart Evangelista penned a short yet heartfelt message to commemorate the birthday of the late Sen. Miriam Defensor-Santiago. The government official would have turned 75 years old yesterday, June 15.

“My mentor, my angel, and my second mother,” the actress said in her Facebook post on the same day. “Happy Birthday! [heart emoji].”

My mentor, my angel, and my second mother. Happy Birthday! ❤️ ⁣⁣📷 by @seethelight.bethelight

The actress also posted photos of her and Santiago. One image showed them in an embrace while Evangelista looked at the late senator, who faced the camera. The other picture captured them laughing while sitting across each other at a small white table.

Evangelista has been open about her close relationship with the late senator, whom she often described as her “second mother.” Santiago also played cupid for Evangelista by introducing her to her now-husband, Chiz Escudero.

The senator passed away in her sleep back in September 2016 after succumbing to lung cancer. She was 71. Prior to her death, Santiago ran for President in the 2016 national elections.  /ra