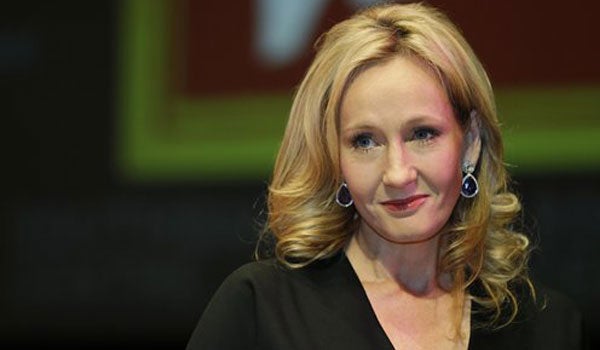 LONDON  — The Sun newspaper said Friday it did not intend to “glorify’’ domestic violence by giving a platform to Harry Potter author J.K. Rowling’s ex-husband just days after she revealed she had been a victim of domestic abuse.

Following a story headlined “I slapped JK and I’m not sorry,” the newspaper took the unusual step of responding to criticism by insisting its sympathies were on the side of abuse victims. It also said it had a long history of campaigning against domestic violence.

“We were disgusted by the comments of J.K. Rowling’s ex-husband and branded him ‘sick’ and ‘unrepentant’ in our coverage,’’ the newspaper said. “It was certainly not our intention to ‘enable’ or ‘glorify’ domestic abuse, our intention was to expose a perpetrator’s total lack of remorse.”

The newspaper reported that Rowling’s first husband, Jorge Arantes, said he didn’t care about her admission this week that she had been a survivor of domestic abuse.

The article and the headline sparked outrage among campaigners who have long pushed the media to exercise care in reporting on domestic violence. Domestic abuse charity Refuge described the front-page story as being both irresponsible and disappointing.

“It would ordinarily be troubling for such an editorial decision to be made – but to run with this during lockdown, when demand to Refuge’s National Domestic Abuse Helpline have increased by 66% is shocking,’’ Refuge said in a statement. “What this has done is give national media coverage to a perpetrator of domestic abuse to attempt to justify his actions.’’

Press regulator Ipso said it had received more than 500 complaints.

Rowling revealed she had been the victim of domestic abuse and sexual assault on Wednesday amid a controversy over her views on transgender issues, which have angered many trans activists.

In a series of tweets this week, Rowling said she supported trans rights but did not believe in “erasing” the concept of biological sex.

Rowling said she refused to “bow down’’ to a movement seeking “to erode ‘woman’ as a political and biological class and offering cover to predators like few before it.”

The comments prompted Daniel Radcliffe and other cast members of the Potter films to publicly disagree with her. Rowling was unmoved, and issued a statement explaining her views in which she discussed her past.

“I’m mentioning these things now not in an attempt to garner sympathy, but out of solidarity with the huge numbers of women who have histories like mine, who’ve been slurred as bigots for having concerns around single-sex spaces.”

She also said that she had been sexually assaulted but did not identify the attacker.