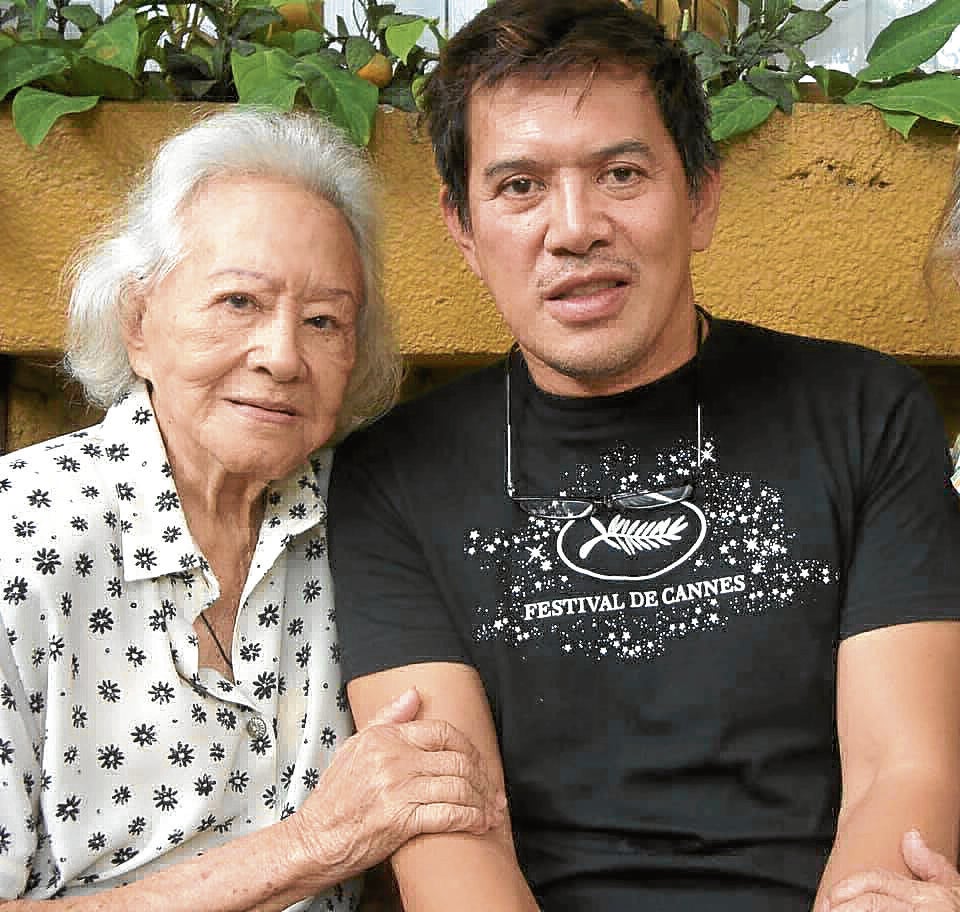 After Brillante Ma Mendoza wrapped up filming the award-winning indie drama “Lola” (2009), its lead star, Anita Linda, who was then 84 years old, partied and drank bottles of Red Horse beer with fellow actress Rustica Carpio, then 78.

“And even though I don’t drink, I was forced to because the lolas were drinking. I also couldn’t just drink a lighter kind of beer. I had to try to match them,” Mendoza recalled, laughing. He added that shooting the movie was most memorable because his two lead actresses were both very funny while on the set. “Maloko sila! They would exchange jokes with the crew. This lightened up the set.”“I will miss her terribly,” Mendoza said of Linda, who passed away on Wednesday morning at her home in Las Piñas City. She was 95.

Linda held the record of being the oldest living actress working in show biz. Her last film, Adolfo Alix Jr.’s “Circa,” was released in 2019.Mendoza said Linda was his first choice to play the role of Lola Sepa in “Lola,” which won for her the best actress trophy at the 2010 Asia-Pacific Film Festival. Linda then shared with Carpio the best actress honor at the 2010 Fajr Film Festival in Iran and then, locally, the Gawad Urian.

“I can never forget when she acknowledged me by saying that in all her years as an actress it was only on the set of ‘Lola’ was she given the chance to speak her mind, to be able to collaborate with her director,” Mendoza recalled. “She had said that when she was younger, acting was numbered. Actors weren’t allowed to change their lines or their blocking.”

Mendoza added: “When we began shooting ‘Lola,’ I remember asking her about how she would react as the lola given a specific situation. She was able to really feel her character from the heart. She had also said that at her age, she didn’t expect to still win acting awards not just locally but abroad.”Mendoza then recalled getting a tight hug from a teary-eyed Linda, who thanked him for letting her experience this in her lifetime. “She had said she could already die at that moment. I said please don’t because we still have a lot of projects to do.”

Mendoza first worked with Linda in William Pascual’s film “Takaw Tukso” in 1986. The film won for him a Gawad Urian best production design award from the Manunuri ng Pelikulang Pilipino. They last worked together in 2012, in the movie “Captive,” starring French actress Isabel Huppert.Meanwhile, Alix said: “No one could match Tita Alice (Lake in real life) in terms of longevity. She was the only Filipino actress who could still command lead roles at 95.” 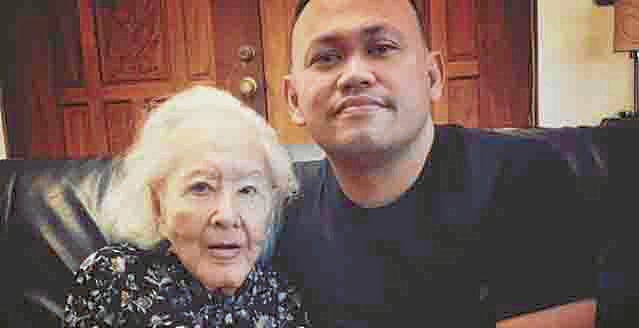 Alix first worked with Linda in “Tambolista” (2007). Linda then played lead in Alix’s “Adela” (2009), for which she won best actress at the 10th Cinemanila International Film Festival at age 83. They also worked together in “Presa” in 2011.

“Since ‘Tambolista,’ I would always include her in my projects. That’s how our relationship grew. I can’t even remember now how many films we’ve made together,” said Alix. “There are two things that I would always remember of Tita Alice. During our first meeting for ‘Adela,’ she had already wanted to sit down and discuss the character with me. She had been worried because, she said, she was already rusty. She was also determined to know her character well because, she said, crying for a dying child is different from crying for a husband or a friend. That’s how detailed she was when it came to her craft.”

Alix further recalled his experience working with Linda in “Circa.” He said: “We didn’t have a script for that particular movie, so I would give her instructions before each take. She had been worried that she’d forget her lines, but surprisingly, she would get them each time. It was her costars (Gina Alajar, Laurice Guillen and Jaclyn Jose) who would sometimes forget theirs,” he said.

Despite occasionally suffering from mental lapses, Alix said their work had been “fun.” He recalled: “She would sometimes ask us where she was or would look for her mother. But whenever she saw me, or when I talked with her, it’s like she would get back to her senses… She was a great actress. She was always on her toes as a performer, always conscious of how she worked. She always came on the set prepared.”

In 2012, Linda received her first Indie Bravo! award, a tribute that the Inquirer gives to Filipino artists who have brought triumph from competing in film festivals abroad. She won her second trophy in 2013.We had invited her to the awards show in November 2019 as one of the guests of honor, but her daughter Francesca opted to say “no,” because she said her mom was already experiencing mental lapses at that time.

She was discovered by the late National Artist for Film Lamberto Avellana while watching a stage show at the Avenue Theater. Avellana gave her the screen name Anita Linda and cast her in “Tia Juana,” her first film under LVN Pictures.

After the war in 1947, she resumed acting in film under Premiere Productions via Avellana’s “Sekretang Hong Kong,” with Pugo and Togo. Her first lead role was in the 1947 film “Alyas Sakim,” with Pol Salcedo and directed by Moises Cagin.

In the 1950s, Linda portrayed the title role in Gerardo de Leon’s “Sisa,” which won for her the Maria Clara award for best actress (a precursor of the Famas). Linda had remained active in the film and TV industry even as she reached her 90s.