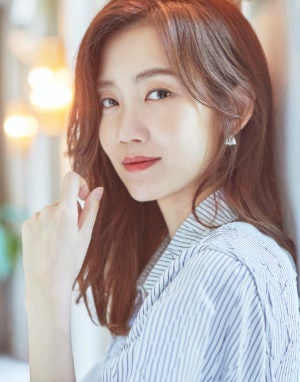 SEOUL — While it may be disappointing for some actors that their face comes across as new to viewers each time they appear on the screen, Shin Hyun-bin, who has received such comments from viewers watching tvN drama “Hospital Playlist,” takes it as a compliment.

Shin, an actress who debuted 10 years ago, made herself known to the public with her role as third-year resident Jang Gyeo-wool in the recently concluded “Hospital Playlist.”

“Hospital Playlist” is a 12-episode series from star television producer Shin Won-ho, depicting the daily lives of five doctors and the people around them. The drama series was popular for its likeable characters and heartwarming stories, ending with its highest viewership rating of 14.1 percent on May 28.

Dr. Jang, a uniquely curt and calm character and the hospital’s only general surgery resident, falls head-over-heels for pediatric specialist Ahn Jung-won (played by Yoo Yeon-suk), and — spoiler alert — the two affirm each other’s love in the final episode.

“If I look different every time and fit in well with my character, I think that’s the best compliment possible, especially since I haven’t shown that side of myself before,” Shin said during a media interview Tuesday in Seoul.

Shin says she mostly decides what to wear and how to do makeup before going to the set, rather than depending on the stylists.

The tied-up hair, glasses, minimal makeup and efficient clothes that Dr. Jang sported seem effortless, but Shin says it took a lot of work to achieve that look. Trying on a dozen pairs of glasses and more than 20 white T-shirts was just part of the process.

“I feel that the first look decides how I’ll be perceived by the viewers throughout. Even if the acting is the same, the character can be portrayed very differently according to their appearance, so I try to think about what kind of details would complete my character,” Shin said.

According to Shin, the producer had said that Dr. Jang’s cool and aloof character mustn’t make her seem like a bad person, and she believes this was perhaps why she was cast in the role.

“I had interpreted from the script that, although Gyeo-wool doesn’t laugh much, it’s not because she’s a cold person, but because she has a different sense of humor. She seemed like an unprejudiced person. She would accept people and situations as they are, rather than making judgments about them.”

The 34-year-old actress debuted in 2011 with comedy film “He’s on Duty,” which dealt with the issue of migrant workers. Shin received critical acclaim for her role as a Vietnamese woman and won best new actress in a film at the Baeksang Arts Awards. Since then, Shin has been taking on small but significant roles in film and TV projects of various genres. Most recently, she teamed up with veteran actress Jeon Do-yeon in crime noir “Beasts Clawing at Straws,” released in February.

An art theory major in university, Shin says she turned to acting after graduation, feeling she wasn’t talented or passionate enough for a career in art. While acting can often be stressful, Shin says she believes she made the right decision 10 years ago.

“Regardless of how good or passionate I am in acting, I’m still enjoying it and am grateful to have a job that pushes me to do better and keep on moving. I’ve never felt like this about anything else.”

A lot like Gyeo-wool in “Hospital Playlist,” Shin described herself as a calm and strong person. Rather than thinking about what she wants, Shin says she tries to make the best decision among the given choices.

“Right now, I don’t have any new film or show. But I’m sure something will come up. I don’t think life goes as planned. I just try to find a character or a story that is different from those I’ve done before.”