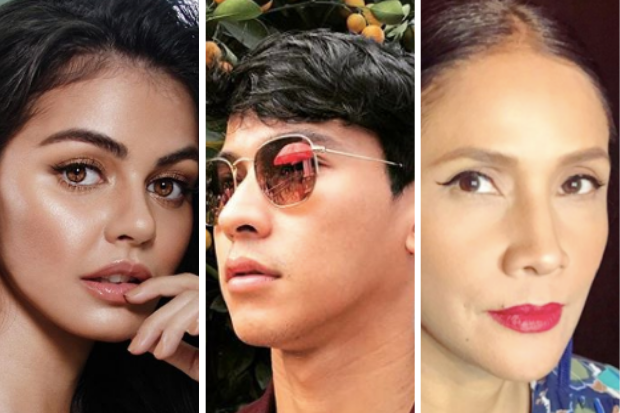 Some celebrities are joining the call to junk the government’s proposal to toughen up its anti-terrorism policies, a move that was recently deemed as “urgent” by President Rodrigo Duterte.

Through House Bill No. 6875, the Human Security Act of 2007 will be amended to become stricter which, for one, will exempt law enforcers from liability for illegal detention or failing to present an arrested person before a court within the prescribed period.

The proposed measure also states that any person who threatens to commit terrorism or proposes any terroristic acts or incite others to commit terrorism shall suffer the penalty of 12 years in prison. The House committees on public order and safety and on defense and security last week adopted the Senate version of the bill, or the Anti-Terrorism Act of 2020 (Senate Bill 1083).

Defend UPLB, an alliance composed of student councils from the University of the Philippines Los Baños, has since created a petition to counter the passing of the bill.

In the petition, the group stresses that the bill poses several dangers. For one, it emphasizes that “[t]here is an over-broad definition of ‘terrorism’ which could blatantly tag political activities, mass mobilizations, and major protests of progressive formations as ‘terrorist acts.'”

Actress Janine Gutierrez is among those decrying the proposal and encouraging people to sign the said petition.

“JUNK THE ANTI-TERRORISM BILL AND UPHOLD HUMAN RIGHTS!” she posted on Twitter yesterday, June 1. Her tweet came with a link to the petition on change.org.

The actress also retweeted Scout Magazine’s infographics explaining the consequences of having the bill passed.

We cannot let people in power silence us. Freedom of speech is a basic human right. ✊📣 #JunkTerrorBill #StopTheKillings
🎨: @nimu_muallam pic.twitter.com/n7703Aw6gD

Actress Gab Pangilinan likewise took to Twitter yesterday to ask her followers to sign the petition, encouraging them to “read and be informed” as the petition comes with a briefer on what the anti-terrorism measure entails.

Pls take the time to read and be informed. Be vigilant.🙏

Actress Agot Isidro, a vocal critic of the Duterte administration, did not mince words as she called for the scrapping of the said bill.

“Only cowards are afraid of dissent,” she said on Twitter earlier today, June 2, sharing a report of Duterte certifying the anti-terrorism bill as urgent.

Actor and poet Juan Miguel Severo, meanwhile, shared with fans his 2018 poem “Mapanghamig,” which talks about how heroes are among us in present times, as he urged to junk the said bill.

(Good evening, my loving country. It is only a matter of time before the day of reckoning. We will meet enlightened and prepared.)

Enchong Dee, meanwhile, joked to followers on Twitter today that he plans to protest while the anti-terrorism bill is not yet passed.

(What is the right way to protest during the GCQ? I will do it before they pass the anti-terror bill, because then, they would be able to arrest me if they feel like it.)

Besides the celebrities, the bill has been strongly criticized by netizens and several lawmakers, namely representatives Carlos Zarate and Jose Cristopher “Kit” Belmonte, as well as senators Pangilinan and Risa Hontiveros. All four voted against the House and Senate versions of the bill.  /ra