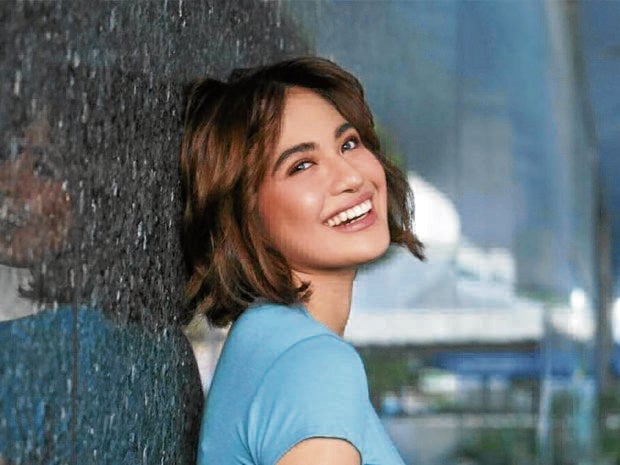 Like many artists in self-isolation, Julie Anne San Jose has been maximizing her time at home by using social media for her music-related activities and charitable initiatives—online concerts, song covers and fund drives. And the experience, she said, has been as instructive as it is enjoyable.

For instance, Julie Anne has found herself learning more about the technical aspects of music and content production.

“I get to be my own technician; I have to do things myself. I have to set up my own equipment and figure out the wiring. I have to make sure my internet connection is stable, and that the audio quality is good. Luckily, my family does help me out,” she said in a recent video interview. “It was actually quite a challenge,” added the singer-actress, who turned 26 last May 17. Julie Anne’s most recent online show was a miniconcert—a birthday treat for her fans. And one of the things she loved most about performing on the internet is that she gets to sing whatever it is she feels like singing, say, songs by pop-rock groups like Hale and SpongeCola. “I felt like I have already sung all the usual songs I sing. So, I went for band music, which I grew up listening to. Hearing the songs takes me back to my high school days and reminds me of the fun I had with my classmates,” she related. “That kind of music never left me; it never gets old. I have always loved simple jamming sessions.”Aside from livestreaming shows, Julie Anne also does YouTube song covers from her home studio and takes part in charitable initiatives, like GMA Artist Center’s #HealingHearts fundraiser.

But as convenient and spontaneous online concerts are, performing onstage—and the work she puts in before that—is simply incomparable.

“Face-to-face interactions are just different because you can hear your fans and touch them,” she stressed. “I miss singing with a live sound system and being in the studio. I miss being given material to study, going to rehearsals and pulling off explosive production numbers with my fellow artists.”

But regardless of the medium, Julie Anne’s goal remains unchanged. “I want to keep everyone updated and entertained. I hope to help in my own little way, and that’s through music. And I do hope my music can help uplift the spirits of my followers in this time of crisis,” she said. “We should continue social distancing for our own sake and safety. But at least I can still communicate with them, and they still get to see me,” added the GMA 7 star, who was doing the weekend variety show “All Out Sundays” and the second season of the reality talent search “The Clash” before the quarantine was implemented.

While some artists have expressed wariness about releasing new songs amid a pandemic, Julie Anne felt that it was something she needed to do. Her recent, self-penned single, “Better,” was initially intended to be a mere filler for a new album she’s working on.

But she released the song, anyway. It ended up reaching No. 1 on iTunes’ Philippine chart and being featured on various Spotify playlists. “It was so overwhelming and unexpected because I didn’t plan to put it out. But when the pandemic happened, I felt that I had to release something.

Julie Anne has so far written three songs for the album, but the material is still in its infancy. “I have recorded demo tracks. But we’re still working on them—figuring out how to go about the production, fixing the lyrics and melodies. But I’m excited,” she said.

And perhaps it had something to do with the current situation, but Julie Anne noticed that she has been touching on themes of hope in her songwriting lately.

“It’s my refuge. Every time I feel a certain way—sad, upset, hopeful—I know that I can always lean on music. It gives color to our lives,” Julie Anne said. “And I’m just glad I’m able to write songs and share with you my experiences and emotions.” INQ