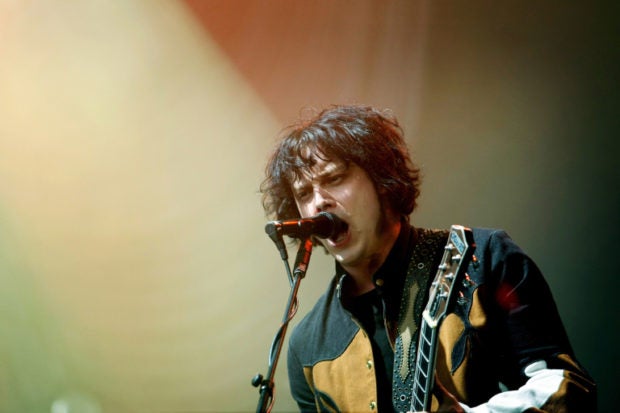 Jack White and his band The Raconteurs perform on stage during the Rock en Seine music festival, on Aug. 29, 2008 in Saint-Cloud, near Paris. Image: AFP/Guillaume Baptiste

The Raconteurs are returning with a new EP, entitled “Live at Electric Lady”, released on Friday, May 29 via Spotify.

The Spotify-exclusive EP finds Jack White and his Raconteurs bandmates performing at the renowned Electric Lady Studios, which were built by Jimi Hendrix in 1970 in New York City.

The studios have since been a musical home to the Clash, Eric Clapton, David Bowie, U2, AC/DC, The Rolling Stones, Coldplay, Frank Ocean and Run the Jewels among others.

The “Live at Electric Lady” EP will be accompanied by an hour-long documentary, in which American filmmaker Jim Jarmusch makes an appearance.

The Raconteurs have now shared a trailer of the full-length documentary, in which Jack White is seen talking to Jarmusch in the studio about the band’s decision to cover the Richard Hell & the Voidoids 1977 classic “Blank Generation”.

“Live at Electric Lady” marks the seventh collection of live recordings by The Raconteurs, following “Live in Tulsa”.

This live album was released in November 2019 as part of the vinyl subscription series of the band’s label Third Man’s Vault.

Much like “Live at Electric Lady”, “Live in Tulsa” arrived along with an acoustic concert film recorded in July 2019 at the Third Man Records Cass Corridor location.

The visual featured frontman Jack White and his fellow bandmate Brendan Benson, who offered fans an “ultra lo-fi, camcorder and condenser microphone capture” of their first-ever performance together back in 1999. JB