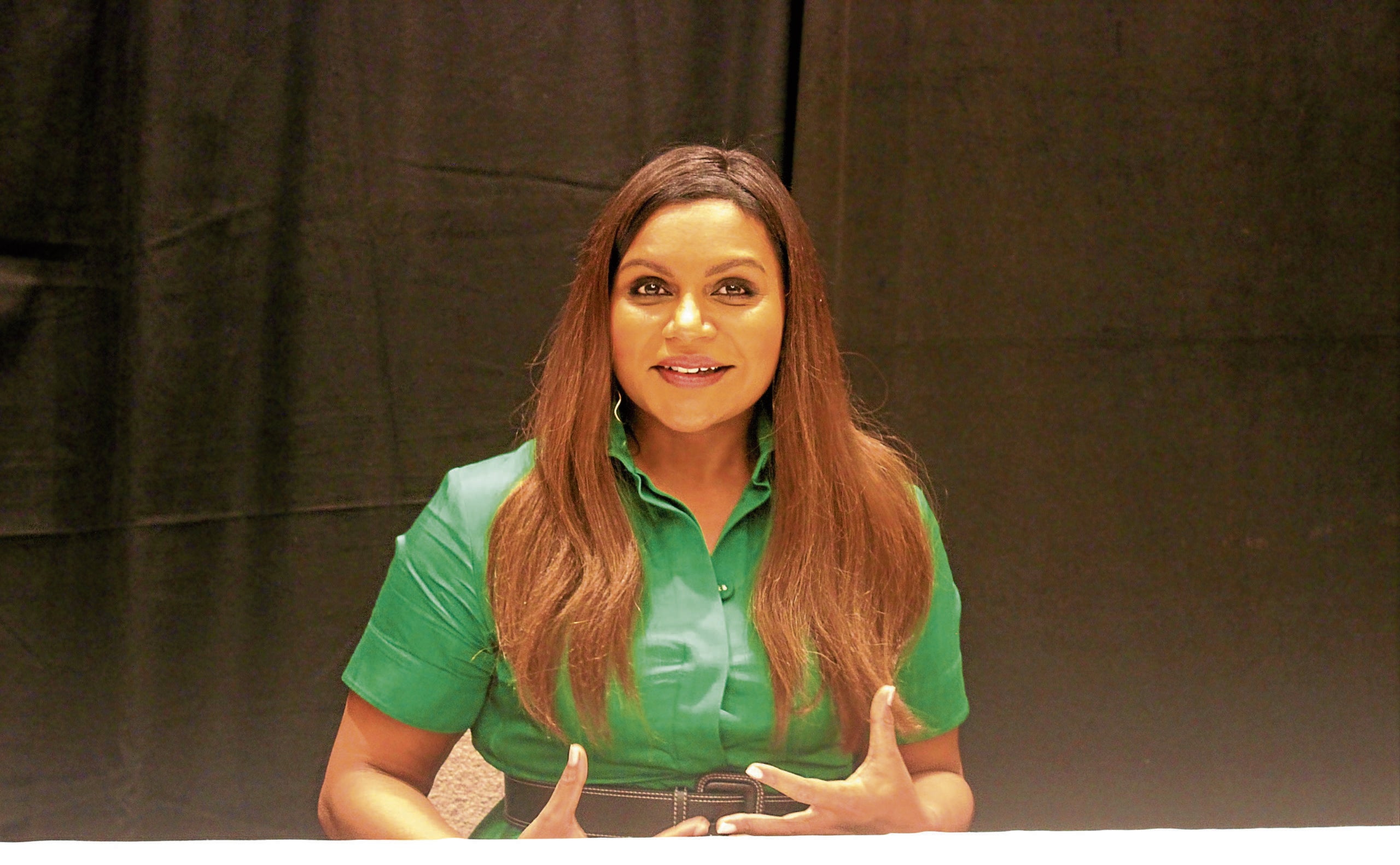 LOS ANGELES—Mindy Kaling is on a roll. Not only did she create a Netflix series that’s groundbreaking for its diverse casting—three women of color as leads, for starters—but Reese Witherspoon picked her to write “Legally Blonde 3.”

In “Never Have I Ever,” the new show where she is the creator, writer and producer, Mindy goes further than the untypical television casting. The talent who began as a stand-up comedian conceived the comedy series centering on the life of a first-generation Indian-American teenage girl, Devi (Maitreyi Ramakrishnan, chosen from around 15,000 applicants).

Inspired in part by Mindy’s own upbringing in Cambridge, Massachusetts, “Never Have I Ever” is set, and actually shot, in LA’s San Fernando Valley.

For a change, this high school series truly reflects Southern California’s diversity. Maitreyi, who isn’t actually Indian but a Canada native of Sri Lankan Tamil descent, Ramona Young (born in LA to parents from Hong Kong) and Lee Rodriguez (an Afro-Latina born in Hesperia, California) anchor the series with their characters’ lives in and out of school.

Earning good reviews and landing on Netflix’s most-watched shows, “Never Have I Ever” is Mindy’s latest triumph since her breakout role as Kelly Kapoor in “The Office.” Her acting credits include “The Mindy Project,” “Ocean’s 8” and “The Morning Show.”

In this pandemic period, Mindy is savoring her time with her 2-year-old daughter, Katherine. The multihyphenate talent decided not to reveal the identity of Katherine’s father.

Excerpts from our video call:

As Darren Criss’ character declared, “I’m half-Filipino,” in “Hollywood,” so did Darren Barnet’s character in “Never Have I Ever” when he made the surprise admission, “I’m half-Japanese.” Can you talk on how that scene came about?

Darren Barnet was speaking Japanese to one of his swimmers (in the show). We asked, “Oh, did you take that in high school?” He’s like, “No, I’m actually Japanese.” It was part of his culture. He never gets to talk about it, but it’s a huge part of his life. We thought, that’s great.

A show that’s set in Southern California would be diverse. There’s a huge Japanese population in California. We asked him if it was OK if we changed the character’s (last) name (to Hall-Yoshida) and he was happy to do it. 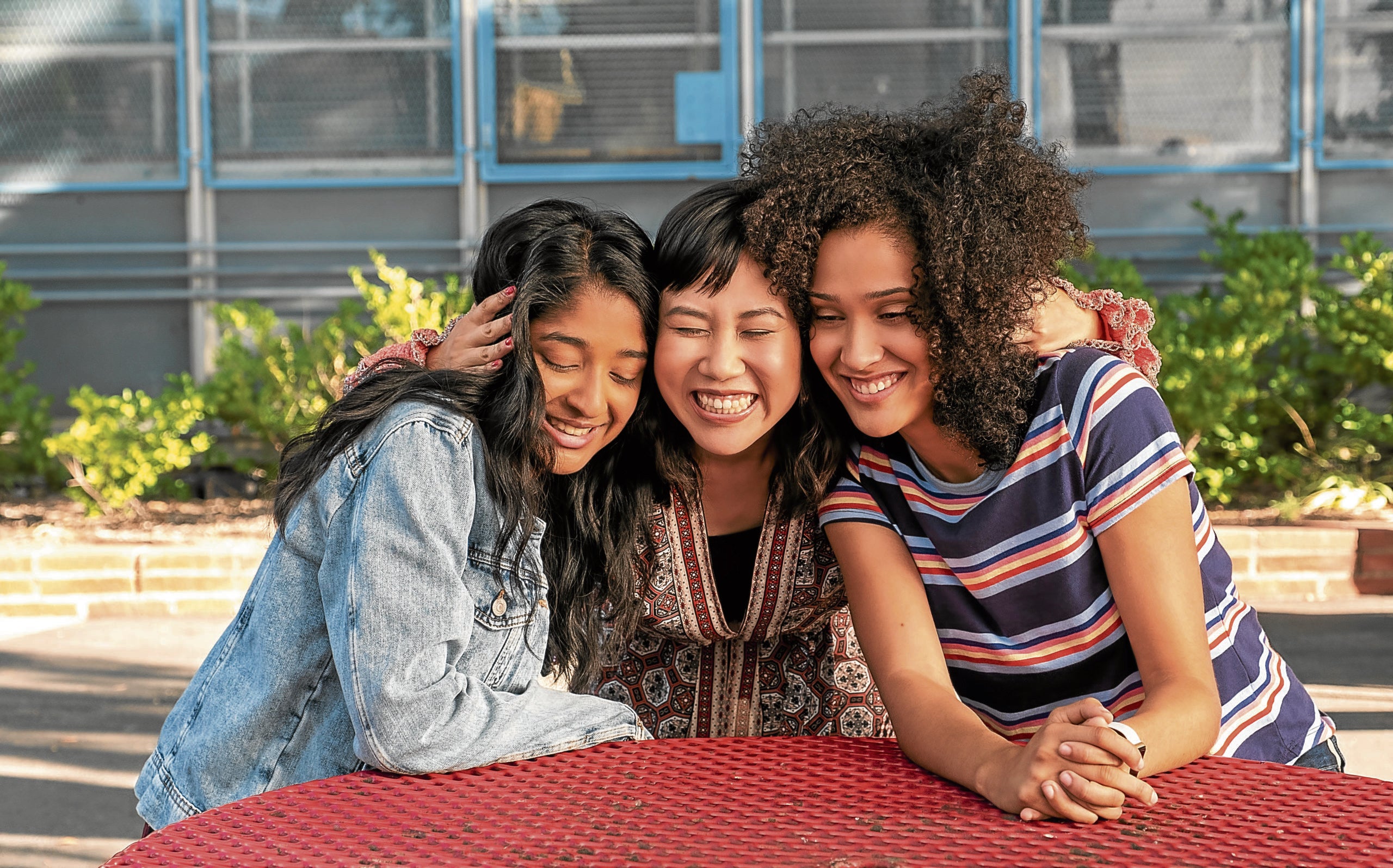 How did you come up with the diverse casting?

I hate it when I watch a show and feel that the casting is a lesson in political correctness. They’re checking all the boxes. I feel like I’m being spoken down to, like it was some kind of a civics lesson.

When we were casting this, we wanted to make sure that the characters—whether they’re half-Japanese, Jewish, gay or Afro-Latino—were extremely funny and good. That’s why casting this took such a long time. With the boys, we wanted two boys who looked very different, but whose appeal was unmistakable.

Darren is gorgeous. But with Jaren Lewison’s character, Ben Gross, he’s cute, but what makes him appealing to me is that he’s going through so much pain. He’s funny and vulnerable. They’re very different characters, but we wanted the audience to be like, OK, I can’t tell which one I would rather see Devi with.

It was important to me because that’s very similar to my childhood. I was a huge nerd in high school, which is probably not a big surprise to anybody. I had friends who were also nerds and tended to be minority girls. Usually, those are the characters who are the really funny side characters in a high school show.

We decided that it would be fun to have them be the leads and show what their struggles are. It felt really easy because it was my life experience.

What is the set like with so many young actors?

The set was surprising, actually, because I had never been around so many young people. My daughter is 2 years old, but it was all kids. It was joyous because for most of them, this was the first time they have a series regular role. For Maitreyi, this is the first time she has ever been on camera.

You don’t necessarily get that level of excitement and commitment from your actors if they’re older. I felt youthful being on set, which was an unexpected benefit.

Can you talk about the three age levels of women represented in the series?

Having three different women who are very strong but express their rage in different ways was interesting to me. As an Asian woman, I find it pretty uncommon to see that.

What’s the commonality among people of color?

Toni Morrison had that one quote, which was, “In this country, American means white. Everyone else has to hyphenate.” That’s true. If you’re white, that means you’re American. And everyone else is Indian-American, African-American, Asian-American. I found that to be very true, but the history of blacks, Indians, Latinas in this country are so different. Some are really anchored in a lot of pain. 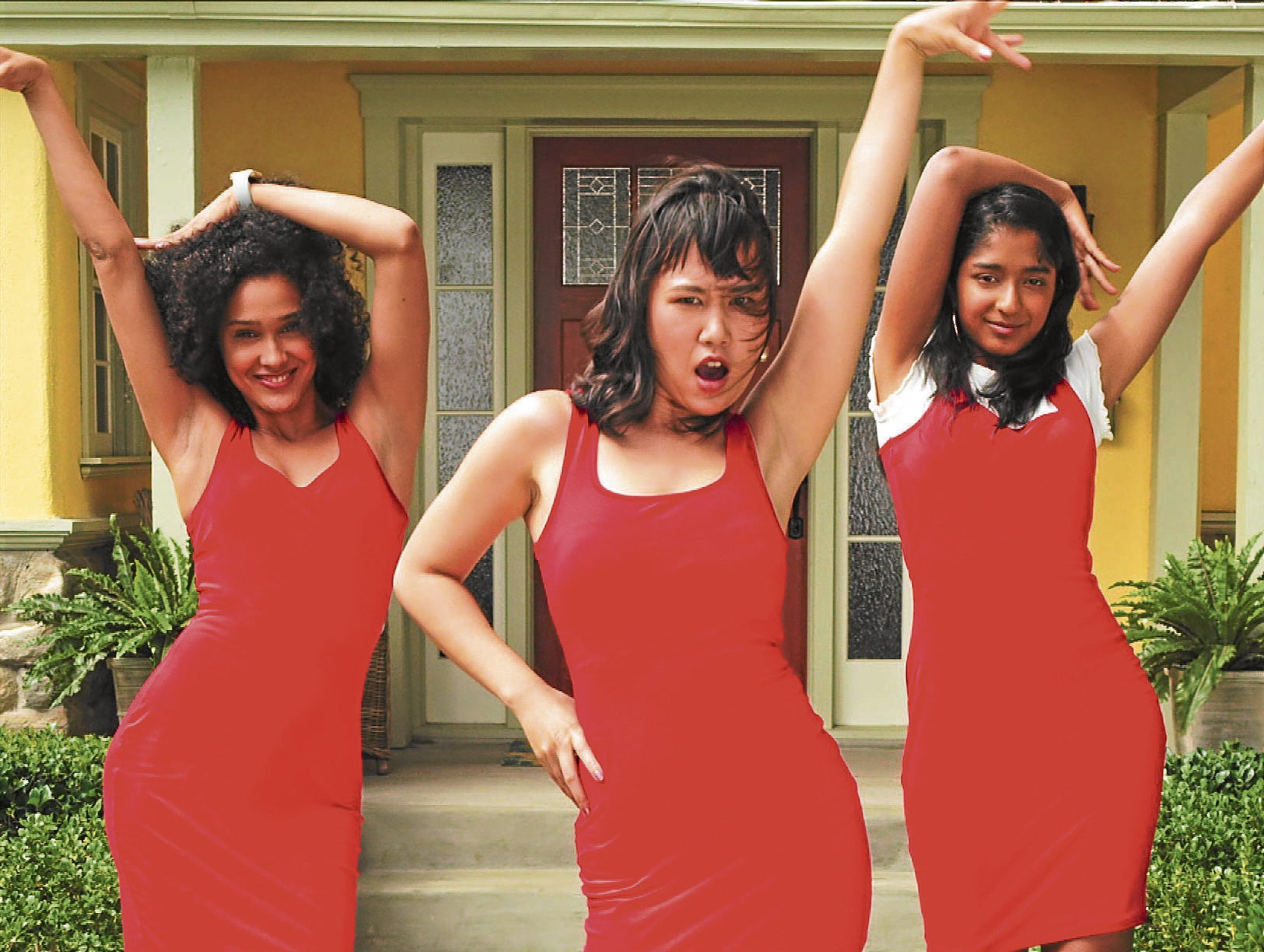 Cast of “Never Have I Ever” (from left): Lee Rodriguez, Ramona Young and Maitreyi Ramakrishnan —NETFLIX

You will write “Legally Blonde 3.” What can you share at this point?

We’ve only met twice to talk about it. Reese and Hello Sunshine (Reese’s production company) felt I would be a good fit because, obviously, the character is girly but confident and smart. Elle Woods is a great role model for girls. I’m excited to see what this character looks like at 42, since the last time we saw her, she was in her early 20s. I hope I don’t mess it up. I’ve never worked on a franchise before.

What do you like about the first two “Legally Blonde” movies?

They’re so funny. Reese is so funny in that role, but also because the message was always a good feminist one. You don’t have to be underestimated just because you’re traditionally feminine.

Even though it’s a big, broad comedy with funny characters like Jennifer Coolidge and a chihuahua, it’s actually about something uplifting. So I wanted to be part of that. When the first one came out, I must have been 19.

What has been your best cry and best laugh during this pandemic lockdown?

The best cry I had was for “Little Fires Everywhere.” I was crying almost every episode. It’s because I’m a single mom and me having a daughter—so much of that show is about mothers and daughters.

My best laugh? I just watched “Anchorman” again. It’s so funny and absurd. They don’t make movies like that anymore. Even Will Ferrell hasn’t made a really silly, funny movie like that in a while.

What are your thoughts on these coronavirus times in relation to your daughter, Katherine?

When I’m working full-time on a show, I would leave pretty much when she would wake up and I’d see her. Then, I’d come back after she went to bed. So what I hope is that after the quarantine ends and I have to start working on my next show, that she remembers this time because it feels really rare. I hope to keep having shows and keeping busy.

I will look back. This was a terrible time for the world, but a good time for me bonding with my daughter. So that part I’m happy with. I will say that this time has been absolutely wonderful for the two of us.

TAGS: Legally Blonde 3, Mindy Kaling, Never Have I Ever