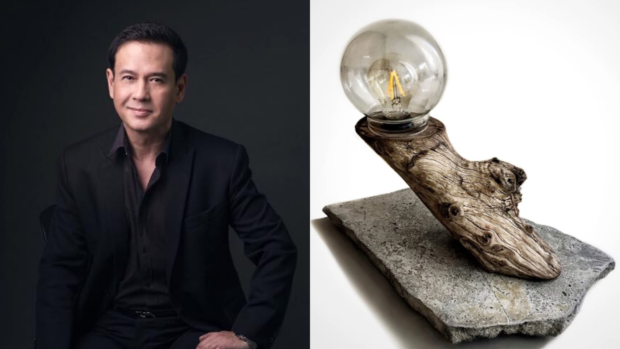 Singer-actor Raymond Lauchengco has turned to creating wooden sculptures after losing scheduled shows due to the spread of the coronavirus in the Philippines.

Lauchengco posted his new creations on his Facebook page last Saturday, May 23, while speaking about how he has been coping during these unprecedented times. He also revealed that even before the enhanced community quarantine was imposed last March, “so much has already happened” in his life.

“My sister was rushed to the hospital for something the doctors still cannot explain,” the artist said. “My wife became seriously ill. Then my father passed away a few days later.”

So much had already happened just before the Enhanced Community Quarantine was enforced. My sister was rushed to the…

Lauchengco then noted that the first day of the lockdown was not easy for him either.

“I woke up and took a long look at all the bookings in my calendar that just vanished into thin air,” he added.

This later prompted him to start crafting, saying, “I began sawing, carving, sanding, hammering, smashing, and taking things apart just to take my mind off the gloom I was feeling.”

“At first, it was to keep myself from feeling helpless over situations that I couldn’t understand, much less control,” he explained. “But when I started seeing finished pieces at the end of the day, the fulfillment of having made something with my hands comforted me, so I decided to press on and push myself harder with every piece that followed.”

He later realized that creating these sculptures was his “ikigai,” a Japanese word that he says “refers to the reason why you get out of bed excitedly in the mornings, when it was so tempting to just stay there and mope.”

Lauchengco has since sold some of his wooden sculptures whose prices ranged from P6,500 to P35,000. According to his website, the singer-actor will also donate a portion of his profits to live-event workers who have lost jobs due to the ongoing health crisis.

Lauchengco is well known for his songs such as “So It’s You,” “I Need You Back” and “Saan Darating ang Umaga.” He also sang the popular graduation anthem “Farewell,” which was part of the 1984 comedy film “Bagets,” starring Lauchengco, Aga Muhlach, William Martinez and J.C. Bonnin.  /ra