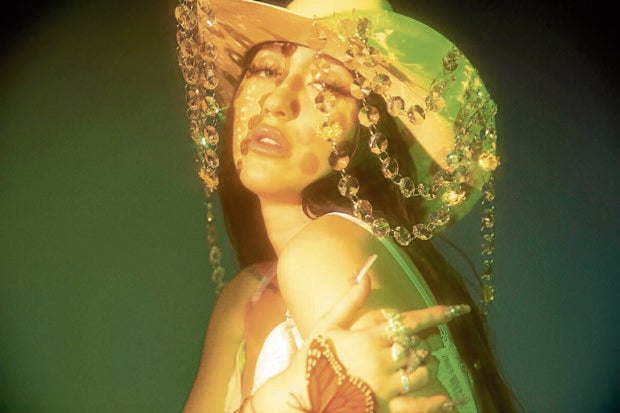 As the youngest daughter of country musician Billy Ray Cyrus and sister of pop star Miley Cyrus, singer Noah Cyrus has long struggled living in the shadows of her more prominent loved ones and the public scrutiny that comes with it.

“Being born in the family I’m in, everyone gave me such a hard time for being Miley’s little sister. I always felt like I was that person no one gave a sh*t about due to what people say to me online,” an emotio­nal Noah confessed in a recent live session on Instagram.

Having to put up with something like that growing up was “absolutely unbea­rable.” Now, those feelings she harbored have been poured into her new song, “Young and Sad,” part of whose lyrics go: “My sister’s like sunshine / Always bringing good light wherever she’ll go / And I was born to rain clouds / Blessed in her shadows.”

“Because that’s what eve­ryone has always told me—that no matter what, I was going to be in that shadow,” she explained.

“And I always believed that. And that’s hard for me to overcome.”

In a way, “Young and Sad”—part of her latest EP, “The End of Everything,” has seemingly eased Noah’s burden. “Basically, that was what the song is about. And I just wanted to open up about that once and for all, because that has been a big part of my life,” she said.

“I probably won’t talk about it anymore, but I just wanted to put it out,” the 20-year-old celeb added.

All the ridicule she has had to endure on the internet—whether about her personality or appearance—has taken its toll on her self-esteem.

“That was something I have been hearing my whole life every single day,” she said. “It was either that or that I wasn’t enough in some way, whether it was the way I look or the way I am. Like I said the other day, I feel like I don’t even breathe right sometimes,”

As much as she wants to avoid all the negativity online, Noah could only do so much. “

“Everybody always says, ‘You’re giving the people po­wer by seeing it.’ But I can’t control seeing it. You guys are young, you know the internet. And it has been really tough on me,” she related. INQ