Gifted with flight, super strength and invulnerability, Darna is the definitive Filipino superhero, the true Pinoy pop culture icon — and she just turned 70 on May 13. That makes her younger than America’s Superman (1938) but older than Japan’s Godzilla (1954).

Created by Mars Ravelo, Darna first appeared in print in Pilipino Komiks #77, published by Ace Publications, on May 13, 1950. But like any great superhero, her origin story goes deeper than that. Ravelo, born in 1916, had begun thinking up the character who would become Darna long before she first saw print.

“Contrary to what many believed, Mars Ravelo worked on Darna’s early sketches before World War II, in 1939, two years before William Moulton Marston’s Wonder Woman saw print,” said Dr. Jose Wendell Capili from the University of the Philippines-Diliman. “But local publishers were skeptical about the marketability of a female superhero. Mars Ravelo fought really hard to ensure that Darna will be read by many Filipinos.”

A veteran cartoonist and pioneer of the distinctly Filipino Komiks art form, Ravelo had created the proto-Darna, Varga, who first saw print in Bulaklak Komiks in 1947. When Ravelo left Bulaklak, he could not take Varga with him. Instead he decamped to Pilipino Komiks where he tinkered with the Varga idea and came up with Darna in stories he wrote with art by Nestor Redondo.

Through the years, Darna’s origins have changed depending on the writer, but her alter ego is always a fragile — sometimes crippled  —girl named Narda, who discovers a magical white stone from outer space. By swallowing the stone and crying out “Darna!,” she is transformed into a superhero in a two-piece bikini with a loincloth, a winged headdress and golden stars on her chest, deliberately echoing the Philippine flag.

She is often accompanied by her younger brother, Ding. Her archnemesis is the snake-haired Valentina. With Narda often portrayed as poor, Darna defends the downtrodden as well as battles otherworldly threats.

Darna proved to be extremely popular among Filipino readers, even getting her own title, Darna Komiks, in 1968. She has great cultural significance, according to Capili, who has written about Filipino pop culture and society.

“Superheroes blur the line between fantasy and reality, but they help sustain what many aspire or hope for. For many Filipinos, having their own superhero allows them to remain optimistic and hopeful despite the many difficulties that they go through,” he said.

Dubbed the “King of Philippine Komiks,” Ravelo would go on to create other iconic Filipino Komiks characters such as Captain Barbell, Lastikman, Dyesebel, Bondying, Jack and Jill, and Maruja.

Mara Ravelo Austria Bernaldo, Ravelo’s eldest grandchild and part of the creative team for the Ravelo estate’s commercial productions, described her Lolo Mars as a workaholic night owl. “He would stay in his room in his home and write stories upon stories the moment he woke up,” she said. 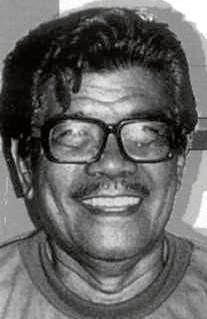 Before he died in 1988, Ravelo involved himself heavily in the adaptation of his works, even in choosing the actress who will be playing the Darna role. Today, the new generation of Ravelo descendants oversees all Darna-related products.

“We have a core team that reviews proposals for projects. Mainly, we’re checking if it captures the essence of the Ravelo stories,” Bernaldo said.

And there have been many products. In 2003, Mango Comics acquired the Darna comic book license and published “Mars Ravelo’s Darna,” a three-issue miniseries written by Hugo “Boboy” Yonzon III with art by Lan Medina, Ryan Orozco and Gilbert Monsanto. There have also been comic book homages, such as Carlo Vergara’s gender-subverting “Ang Kagila-gilalas na Pakikipagsapalaran ni Zsazsa Zaturnnah” in 2002.

The most recent was the webcomic 2011 “Darna Lives!,” a modern reimagining of the Darna story written by the late Gerry Alanguilan and illustrated by Arnold Arre.

“It always feels like such an honor,” Arre said. “It’s like you’re being entrusted with something of great value that you need to carefully take care of since it doesn’t belong to you. It was also a great opportunity for me to contribute something personal to the Darna mythos.”

In 2019, the #sigawdarna hashtag encouraged Filipino artists to post their personal visual interpretations of Darna online.

Bernaldo said she appreciated the homages. “I’m very thankful for everyone who shared their interpretation of Darna. I’m following the hashtag on Instagram and it gives me a warm feeling every time I see an entry. Everyone should check it out. I really wish Lolo Mars and Nanay Lucy were able to see all these Darnas.”

That Darna has remained so popular without a continued print presence speaks of the character’s significance.

“Today, the Darna character has transcended comics and has leapt through different mediums,” Arre said.

The first Darna television show was RPN 9’s “Darna The TV Series” with Lorna Tolentino in the title role in 1977. In 2004, GMA Network formed a partnership with Yonzon and in 2005 aired “Darna,” with Angel Locsin as the superhero. In 2009, GMA produced another “Darna,” this time with Marian Rivera in the title role.

In 2013, Darna found a new headquarters. “The Ravelos entered into a partnership with ABS-CBN in 2013 to develop Darna and reach more people,” Bernaldo said. “Up to this day, we’re still very much involved in the initial concepts.”

At the heart of this relationship is the much-anticipated Darna film, the first such film since the late Peque Gallaga and Lore Reyes’ “Darna! Ang Pagbabalik” with Abayari in 1994. The film was to be directed by Erik Matti and was to star Locsin, who was now at ABS-CBN, but Matti later departed the project and Locsin had to leave the role due to injury. The network then cast Liza Soberano in the lead role but she, too, had to drop out due to injury.

After a series of auditions in 2019, ABS-CBN cast relative newcomer Jane de Leon in a film that would be directed by “Heneral Luna” director Jerrold Tarog. The film began shooting on Jan. 19, but production was temporarily suspended due to the COVID-19 crisis. 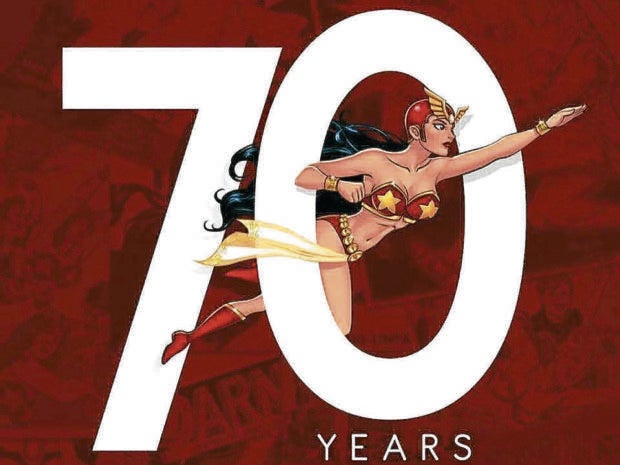 There is no exact accounting for how much money the Darna franchise has made.

“That will be hard to quantify,” Bernaldo said. “Lolo Mars was fortunate enough to have established Darna into a franchise with the help of my lola and his eight children. What I wish was that he would have seen all the output that came out from his concept.”

The partnership with ABS-CBN included a wide range of merchandise, including T-shirts, collectible statues, pillows and mugs, as part of the Ravelo Komiks Universe line. The grand prize of the line is the 2019 Funko Pop! vinyl figurine of Darna, a collaboration between ABS-CBN and the Washington state-based Funko Inc.

Bernaldo said it was actually Funko that approached ABS-CBN first.

“There was a long line for it during the release,” she said. “Of course, I’m very happy seeing the extent of Darna in pop culture. But I know there are still lots of possibilities and new mediums for Darna to cross.”

This year, Darna turned 70 and the Ravelos launched “Darna: A Celebration of 70 Years” event, the start of which can be seen on its official Facebook page (https://www.facebook.com/marsravelosdarna/). The 70th anniversary logo is drawn by Sam Santos and designed by Bernaldo’s cousin Hana Marasigan. Bernaldo said there is more to come: “There were lots of plans both from ABS-CBN and the Ravelo family. I’m not going to disclose yet because we’ll still be doing it once we come out of this (coronavirus) crisis. It’s something to watch for.”

“Frail Narda becomes the formidable Darna,” Capili said. “Darna is phenomenal but she is also a human being who confronted moral dilemmas.”

In the time of COVID-19, being Darna has become a source of inspiration. Locsin’s engagement in charitable philanthropic work, particularly for the medical front-liners, has Filipinos thinking of her as a real-life version of the fictional heroine.

“Yes, Angel Locsin, is indeed a living Darna,” Bernaldo said. “Her efforts to better our society are admirable and truly heroic. The Ravelo family salutes Ms Angel and all the front-liners.”

Earlier this month, a mural depicting Darna as a medical front-liner, in mask and scrubs, was painted on the side of a building in Quezon City by muralist AG Saño, who hung down from the side of the building to paint it. Saño is actually a friend of Bernaldo, and Bernaldo’s family lived in that building for five years. She said she has much respect for Saño and the depicted front-liners who are “true heroes.”

This is the enduring legacy of Mars Ravelo’s Darna, a character who represents not superhuman ability but human heroism even against the most formidable challenges.

“We have to empower ourselves so we can face whatever challenges will come our way,” Bernaldo said. “Just like our heroine, whatever we need in life is already in us, we just have to believe in ourselves and shout ‘Darna!’”