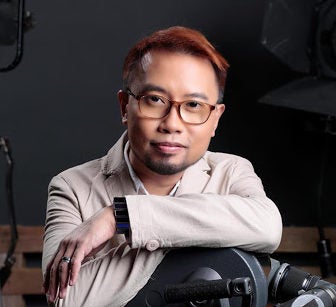 “We will try to give as much work as we can to people who need it,” assured film produ­cer and director Perci Intalan when Inquirer Entertainment asked about his thoughts on what the situation would be like for most film workers when production finally resumes after the modified enhanced community quarantine is lifted on May 31.

Intalan, as well as other members of the Philippine Motion Picture Producers Association, took part in a Zoom press conference on May 19, along with the Inter-Guild Alliance (IGA), to present to the media a 38-page health and safety protocol, which they hoped would be followed by all Philippine-based companies involved in film and TV production.

“Our goal is to balance eve­rything by making sure that we have a safe set and production, and at the same time provide work to as many of our colleagues as we can,” Intalan pointed out. “We hope there will be enough for everybody. It will all depend on how many producers will go back to production work quickly.”

Film producer and director Jose Javier Reyes also assured film workers by saying that, “there are so many platforms in which we will be able to do production. Realistically spea­king, it will take quite some time before the cinema houses open. Right now, we are dedicating our effort to projects geared toward digital—and that’s quite a lot,” he said.

“If we comply with all the requirements—including the ones approved by the LGUs (local government units)—in making sure all locations are COVID-19-free, then we can all … [get into] full swing with production, but with greater expense, of course,” Reyes added.

One of the guidelines contained in the IGA protocol is the recommendation of a maximum of 12-hour work limit for everyone, as well as a 12-hour turnaround per shoot. “The working hours should include from the time the first person arrives on the set to the time the last person leaves, but not including the disinfection time,” said Patti Lapus, IGA spokesperson.

IGA also recommends that only a maximum of 70 people be present in one shoot, “but we also suggest that not all of them be given access to the main locations to limit movement,” Lapus said.

The buffet style of serving meals is discouraged, according to the IGA protocol. If possible, food should be served in individually packed and sealed containers. People are also encouraged to bring their own food and water for the day. 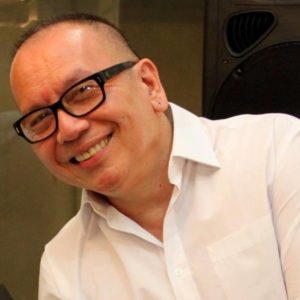 In terms of set locations, IGA recommends only one entry point, where the sanitation station is located, as well as the medic, who would then check everyone for symptoms.

To make sure that all guidelines are enforced, the hiring of protocol officers is recommended. Lapus also said that seminars on health and safety should be conducted at the beginning of each production work.

Reyes added that his production company is already training six personnel speci­fically for this task. “They will also be called quarantine she­riffs. They will protect the pods. (Different pods will house people depending on their departments.) These sheriffs will make sure that all pods are following the protocols,” Reyes explained. “We will have color-coded IDs, which will tell you who are allowed to go to which pods.”

Intalan added that each guild would now have to police its own. “That’s scary for the violators, in a way, because these are the people they work with directly,” he said. “At the same time, the producers won’t want to be working with someone who violates safety guidelines. Whatever the sanctions will be, like if we don’t hire them again, or impose a monetary penalty on them, I assure you, it will happen.”

The IGA, according to Lapus, was formed “rather organically … The production designers banded with the wardrobe and makeup artists. For the postproduction group, all the editors—both freelan­cers and reps of post houses—all joined together. The sound people have their own group while the line producers joined with production managers, location managers and other indie producers.”

Lapus added: “It turned out that most of us were studying filming guidelines from abroad, and realized that there are details in them that aren’t applicable to the Philippine context. We combined all the suggestions of each group on what should be included in our own guidelines.”

If there was something so positive that came out of the COVID-19 pandemic, in relation to the entertainment industry, Reyes said, “it’s that all of a sudden the guilds are active again. These guilds make up the young people running the industry. This is so great!”

Lapus agreed with Reyes, saying that, “we’re amazed about how we were able to unite the film community of over 500 people into supporting this guideline.”